Ask a Highly Detailed Biography of the Beatles 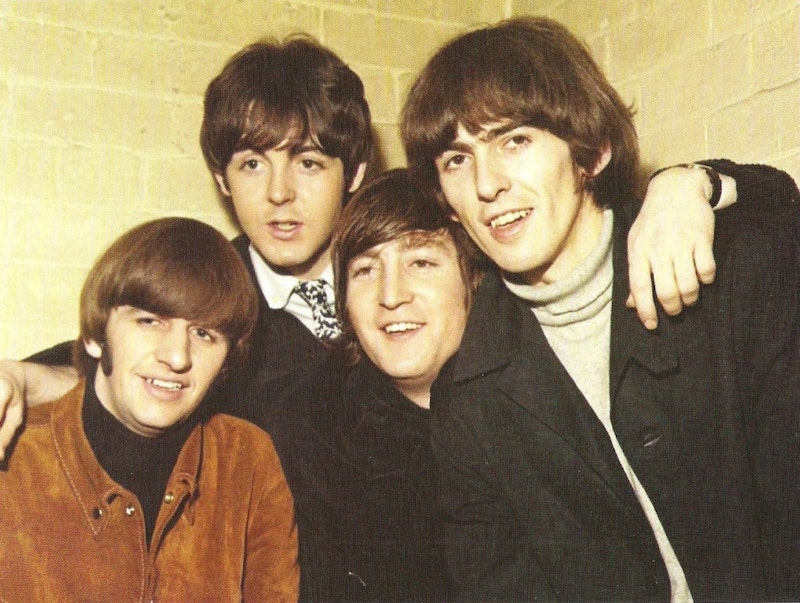 The following is presented with appreciation for Tune In by Mark Lewisohn, which provided the answers below. Tune In, at 932 pages (end matter included), takes the Beatles’ story to the end of 1962. It’s volume one of Lewisohn’s projected three-volume biography of the group, The Beatles: All These Years.

Dear Highly Detailed Biography of the Beatles: My new apartment may look like a dream, but its location definitely isn’t. Trucks, delivery vans, crowds headed for a night out—they all go past my window. Any way I can buy some peace without laying out for double-glazed panes?

Dear Sonic: There were suits and there were suits. Rory Storm did his thing in vivid turquoise and his Hurricanes flaming red, Gerry and the Pacemakers had their royal blue blazers with a G/P crest and gold buttons, Faron’s Flamingos had royal blue velvet jackets with black corduroy trousers, the Undertakers dressed in funereal suits and top hats, black and heavy. The Beatles, as usual, went the other way. They decided to make their suits cool.

Dear Highly Detailed Biography of the Beatles: My Canadian cousin says his country has no tax on inheritance. Big or small, he says, a legacy goes untouched by the government. But when his uncle died, this same cousin complained about the bite the authorities took before passing the estate on to him and his fellow heirs. My cousin argues that his late uncle paid the taxes, not the heirs. I say that’s a distinction without a difference. What’s your view? —Signed, No Split Hairs

Dear Split: The afternoon of Monday, January 29, Brian took them all over the water to Birkenhead, to the establishment of master craftsman Beno Dorn, where they were attended by senior tailor Walter Smith.

Dear Highly Detailed Biography of the Beatles: After I take a shower, rusty-looking water appears in the tub and along the sill of the shower window. This has me peering at the ceiling, but so far there’s been no sign of cracks. I gave the ceiling a wash, in case some grime had built up, but the splashes of orange water keep appearing. Usually I notice them an hour or so after a shower, when I happen to be in the bathroom again. Any idea what’s going on? —Signed, Splish Splash

Dear Splish: They finally settled on a dark-blue mohair, single-breasted, three-button suit with especially narrow lapels. The cloth wasn’t plain but had a little weave, and the general look was Italian—progressively becoming Mod fashion in London but cutting edge for Liverpool in 1962. As Walter Smith recalls, “They insisted the lapels had to be narrow and they wanted their trousers extremely narrow—we reduced and reduced the legs about three time before we got them the way we wanted.” Older men still wore turn-ups, but the Beatles’ suit trousers went straight down to the Cuban-heel flamenco boots that now became even more integral to their appearance.

Dear Highly Detailed Biography of the Beatles: Because of my computer, printer, and speakers, I face a tangle of cords at my desk. I’m willing to go wireless, but how to make the change without glitches? My work doesn’t allow for tech failures, and if necessary I’ll stick with “old school” methods that are clumsy but reliable. —Signed, Crossed Wires

Dear Crossed: “The price was 28 guineas, but we ended up charging 23,” says Smith. “Brian was telling us the Beatles would be big and we’d get more orders when that happened.” The bill then went higher because they also ordered matching white shirts, cuff-links, slim black ties, and collar pins. Each Beatle was expected to pay for his own outfit, putting down a deposit to show good faith; the balance would be invoiced to Brian Epstein (and then deducted) when the finished articles were ready for collection—though, because of all the alterations, this would take longer than expected.

Confidential to Irritated in Illinois: In the meantime, they continued to perform in their leathers or, for certain shows, leather jackets or sweaters and ordinary trousers. By the time the suits were finished, they were ready for them.

—Ask a Highly Detailed Biography of the Beatles is a steal of The Onion’s “Ask a...” feature, which usually concludes with boilerplate saying the supposed column appears in more than 250 papers nationwide.