Rape Culture in the LGBTQ Community 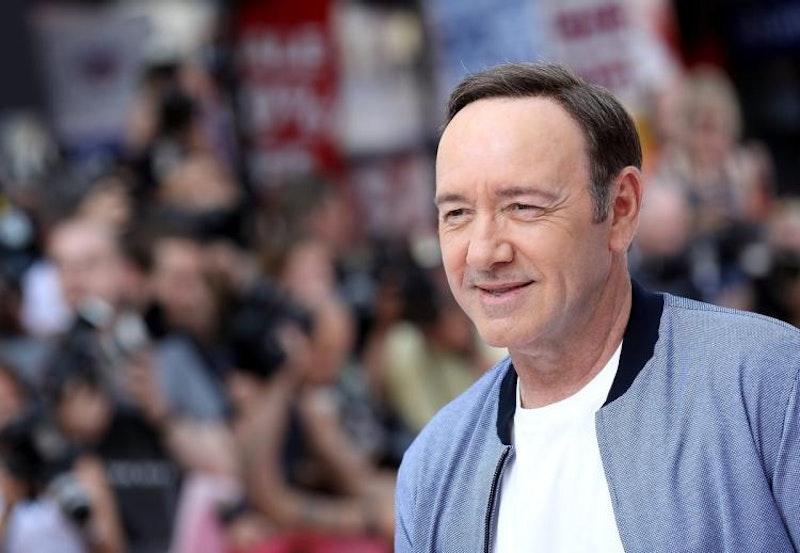 Most of the conversations about rape culture after Harvey Weinstein and #MeToo have centered on men and women. However, there hasn’t been much discussion on same-sex assault and harassment. That’s changing with Kevin Spacey.

The Sunday Buzzfeed interview with Star Trek: Discovery actor Anthony Rapp in which he said Spacey made sexual advances toward him in 1986 altered the equation. Spacey was 26, but Rapp was just 14. Rapp went to Spacey’s apartment for a party, but since he was the only kid there, he decided to just watch TV in the bedroom. According to Rapp, when everyone else had left the party, Spacey came into the bedroom drunk, picked him up, put him on the bed, and lied on top of him. Rapp pushed Spacey off and ran into the bathroom to hide. “Then I opened the door,” he says, “and I was like, ‘OK, I'm going to go home now.’ He followed me to the front door of the apartment, and as I opened the door to leave, he was leaning on the front door [frame]. And he was like, ‘Are you sure you wanna go?’ I said, ‘Yes, good night,’ and then I did leave.”

Spacey released a statement on Twitter where he claimed he didn’t remember the incident but still apologized to Rapp, and also came out as gay. Rapp responded on Twitter saying he had “no further comment about it at this time.”

Some, like Splice Today’s Chris Beck, praised Spacey for finally coming clean about his sexuality (while also raising doubts about Rapp’s account). Others, like The Daily Beast’s Ira Madison III, criticized Spacey for using coming out as a cover-up for the alleged attempted assault on a minor. He writes:

For Spacey to say, “If I did behave then as he describes, I owe him the sincerest apology for what would have been deeply inappropriate drunken behavior,” implies that when most gay men get drunk, it’s second nature for them to prey on a 14-year-old boy. It calls to mind hateful rhetoric like Anita Bryant’s 1977 Save Our Children campaign, which sought to associate gay men and child predators. Of gay men, Bryant infamously said, “Some of the stories I could tell you of child recruitment and child abuse by homosexuals would turn your stomach.”

I’m with Ira on this one.

The Spacey news brings up something that doesn’t get talked about a lot: rape culture in the LGBTQ community. Larry Womack wrote about it in a 2014 Huffington Post article where he tells the story of a gay man in Scotland who was arrested for sexually assaulting another man while he was sleeping. When Gay Star News wrote about the incident, the comment section was filled with people saying it wasn’t a big deal. This is how rape culture works: a sexual assault occurs, but then people try to explain it wasn’t really sexual assault. And as Womack concludes in his article, “When it comes to things like consent, gay men are just as susceptible to being creeps or predators as, well, straight men.”

I hope the LGBTQ community will have serious conversations about sexual assault and harassment, especially given the high numbers of LGBTQ people who experience sexual assault. Just because we’re queer doesn’t mean we’re immune from doing the same shit cis straight people do.