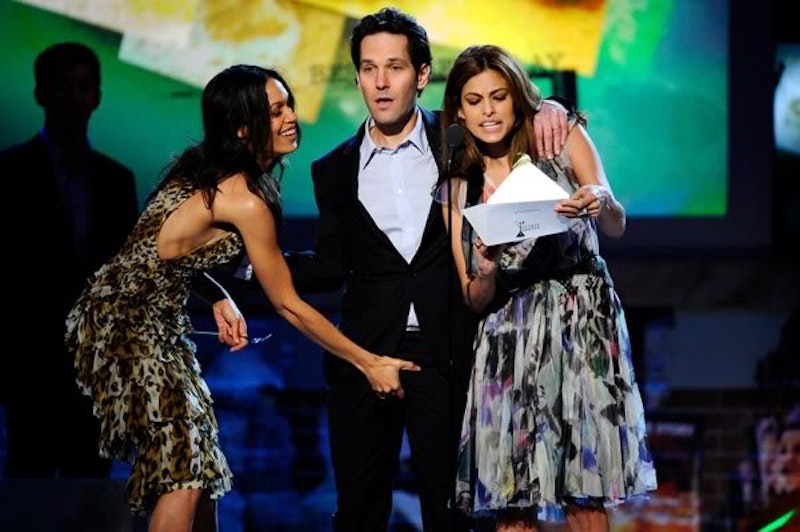 When I was a college student in the 1980s in Washington, D.C., I always had bar and club jobs to help make ends meet. I worked at the Bayou, the famous K Street club off the Potomac River; the Bethesda Cinema ’n’ Drafthouse, an art-deco movies-and-beer spot that was a precursor to the Alamo Drafthouse; there was also Nicky’s, a dive in Glover Park that was next to a strip joint and owned by an ex-con.

In each one of these places, I was groped by women.

This isn’t the lead-in to a story about being traumatized by getting grabbed. It was nothing compared to what women have to endure every day. Men are much more sexually aggressive than women, a fact that our everything-is-equal liberal culture is finally starting to re-understand. Furthermore, as the fairer and more moral sex (how do genders in the prison population break down), women’s bodies should be off-limits unless given permission.

And I didn’t mind the occasional grope, provided it was done with some humor and style. In a few instances, I enjoyed it. It didn’t happen a lot, just every few weeks or so. There was the time at Nicky’s when a woman came in with her boyfriend. They sat at the bar. The two of them spent about an hour talking, having drinks, and occasionally kissing, when suddenly she motioned for me—a waiter, not the bartender—to come over. She made some small talk, then, with her boyfriend mere inches away, slipped her hand around me and landed it on my ass. She left it there for about a minute. I tried to remind myself to be appalled, but was too busy getting an erection.

Then there were the women who were lonely or divorced and wanted a quick piece of you before heading home. They’d come in close, their breath all cigarette smoke and vodka, mumble something like ”You’re cute,” and take your manhood like they were squeezing a grapefruit. It was less an assault than a nuclear flirtation. On the opposite end were the hotties, the gorgeous girls who weren't interested in a relationship with a waiter, didn’t want to take you home, and dated doctors, political insiders, or lawyers. They were blitzed and just wanted a little play before heading back to pass out and then return to real life. They’d smile, silently lay hands on either your back or front, wink or blow you a kiss, then float away. It was like finding a $50 bill.

The difference between male and female reactions to groping is well-illustrated in the examples of Jimmy Kimmel and Taylor Swift. In 2011 Kimmel told Bill Maher that Arianna Huffington grabbed his ass when they were both on the show Win Ben Stein’s Money. “She was on the show as a contestant,” Kimmel said, “she was eliminated... and I’m standing at the podium and she starts squeezing my ass, during the show, repeatedly.” In response, Huffington released this statement: “I certainly don’t remember squeezing Jimmy Kimmel’s tush on the set of Win Ben Stein’s Money, but if I did, it was probably because my buzzer was broken.” Kimmel seemed surprised but not traumatized by the incident.

Now, imagine the scenes were reversed, and Kimmel had helped himself to a handful of Huffington—and then joked about it. He’d no longer be hosting a late night show. And The Huffington Post wouldn’t report the story under the category “Comedy.”

Compare the Kimmel episode to what happened in 2013, when Taylor Swift claims she was groped by DJ David Mueller. “What Mr. Mueller did was very intentional,” Swift said in court, where she sued Mueller for sexual assault. “I am critical of your client for sticking his hand under my skirt and grabbing my ass,” Swift said. She won the case, which she called “horrifying and shocking.”

Absolutist moral preeners on both the left and the right will look at Kimmel and Swift and say that both instances should’ve been treated equally. They’re wrong. The Harvey Weinstein typhoon hitting Hollywood is going to cause a sea change, and that’s good. Protections to prevent sexual harassment and abuse will soon be put in place for actors both male and female. But let’s face it, women were far and away the most victimized by the harassment, and pretending that men are not more sexual aggressive is fantasy. Furthermore, calling every below-the-belt squeeze female-to-male assault will foster a hysteria that feeds on itself, with more and more people triggered by less and less. No one wants to live with inappropriate sexual behavior. But we don’t want a world without Benny Hill, either.