The Context of My Childhood

I’d become fascinated by political writing about a past era, circa 1960-1975. 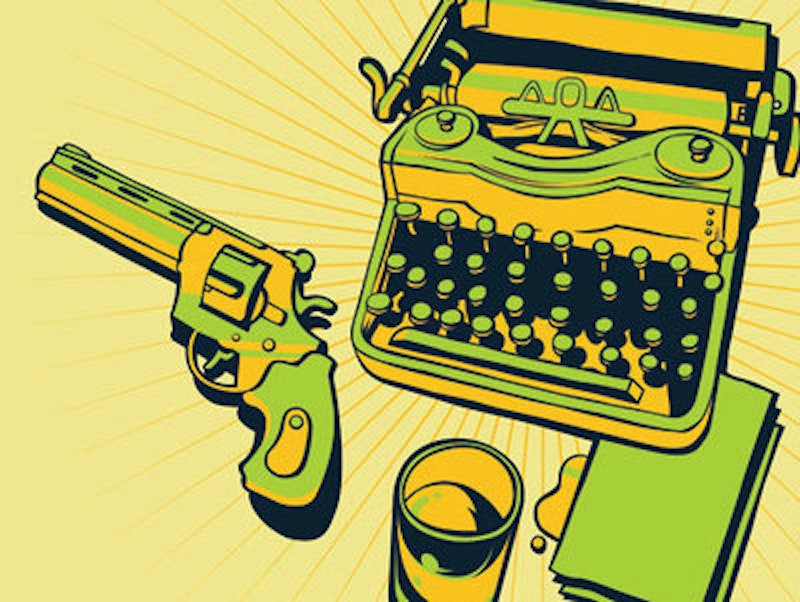 Not long ago I noticed a change in my reading habits. It started after I’d finally read through Hunter S. Thompson’s Fear and Loathing on the Campaign Trail ’72. I’d been fascinated, but rather than go on to Thompson’s other books, I picked up The Making of the President 1960, by Theodore H. White. Which then led me on to White’s quadrennial sequels, TMotP 64 and 68 and 72. As prose they weren’t great, but as books they were fascinating historical documents about a time both familiar and strange. From White I read Seymour Hersh’s The Price of Power. Then I picked up All the President’s Men, but before starting it I read David Talbot’s The Devil’s Chessboard. And somewhere in there I got several issues of Horizon, a bimonthly hardback magazine, from the early 1960s.

I’d become fascinated by political writing about a past era, circa 1960-1975. More precisely, I was fascinated with political writing from the era itself. Let’s say the second draft of history. Books with a bit of a sense of perspective, but old enough that they’ve now become historical documents. To me, born in 1973, they describe a foreign world—but one I remember, at least in part. I know attitudes, assumptions and culture have become very different from my youth. But I’d forgotten how primitive we were.

Take Fear and Loathing on the one hand, and the White books on the other. They’re almost perfect opposites. Both are about young idealistic Democrats running against Richard Nixon, but with different results that speak to different eras. White’s 1960 book is almost unrecognizable. Thompson’s, 12 years later, is familiar. White’s prose is technocratic aspiring to Homeric, windy presentations of demographic and economic data anchored in hagiographic capsule descriptions of personalities; he’s a 20th-century American who sounds like a 19th-century Englishman proud of his empire. Thompson is batshit gonzo but—crucially—with no aspirations to objectivity. It’s more than just 12 years closer to the 21st century. The sense of an individual grappling with what they’ve learned feels like the ancestor of much of Internet journalism. It’s political Twitter at novel length.

White takes things at face value, a product of a time when a respectable political journalist could write un-ironic paeans to America. Thompson’s digging deeper, with a different sense of the government, an understanding of secrecy and distrust. He’s the product of a world more like ours. The overarching story of White’s four books is the story of the move from one world to another. The bitterly funny thing is that White never notices.

There’s unconscious self-satire in way the middle-of-the-road common-sense pose White adopts in TMotP 60 grows increasingly tattered with each subsequent volume, until by 72 he’s simply out of touch and irrelevant. Times change, and he doesn’t change with them. It’s a warning perhaps, for my generation and me. It’s not that you’ll be left behind if you don’t change with the times. It’s worse. You’ll be dragged into the future and become a laughingstock.

Here’s a quote from TMotP 64, about the media covering Barry Goldwater: “How could one be fair to Goldwater—by quoting what he said or explaining what he thought? To quote him directly was manifestly unfair, but if he insisted on speaking thus in public, how could one resist quoting him? Later, when Goldwater would hang himself on some quick rejoinder, the reporters who had grown fond of him would laboriously quiz him again and again until they could find a few safe quotations that reflected what they thought he really thought. They were protective of Goldwater in a way that those zealots who denounced the Eastern press could never imagine.”

White is talking about reporters in a press pool covering up the actual words spoken by a presidential candidate. It’s difficult to imagine that unspoken consensus in the media today. Distortions are of a different kind. The solicitousness White presents looks not just unprofessional, but ludicrous. Still, you sense the neuroses of an era less through giveaways like that than by what’s left unsaid. The passage I quoted follows an observation that a group of Goldwater operatives were “moderate segregationists.” My point isn’t that a conservative Republican had segregationists around him—it’s that the idea of a “moderate segregationist” made sense to a consciously centrist writer, who further could use the phrase aiming at a neutral description rather than condemnation.

Thompson may write about being scared of blacks in a bad Washington neighborhood; but White can claim that the Civil War came out of “the Constitution makers[’]… inability to find a humane solution” for the “mingling of white and Negro Americans.” I’m not even entirely sure what he thinks he’s saying in that passage. It has the twisted syntax of a man who doesn’t want to look directly at what he’s writing about. Surely a “humane” solution would simply have been to abolish slavery; but then acknowledging that would call into question the moral greatness of America, which for White is impossible. There’s much more to be said about White’s treatment of race, but I’m interested in the things he won’t let himself write, mostly because he won’t let himself think them.

Thompson and his editor scrambled to get Fear and Loathing out before White’s 1972 volume. I can’t help but read it as an inventive, bitter, brilliant deconstruction of White and all his assumptions about politics and America. There’s much that’s out of date, and not just in terms of technology; but the attitudes to the horse race are what we now know. The political calculus is the same then as now, the gaffes and the media presence and the coalition making. It’s the world we’re living in.

White’s style reads like a strained attempt at epic, sentences held together with serial commas, mock-archaic inversions out of Macaulay or Tolkien. It’s unconsciously desperate, trying to convince himself of the grandeur of America through an overly thought-through structure. It’s what 1960 wanted to think of itself. Twelve years later, Thompson’s making shit up as he goes along, a series of confused dispatches not quite following on one from another, their ellipses somehow saying something about the political process: politics by Derrida, a comment-that-is-no-comment on the negative space of elections. It’s what 1972 had to accept because it could no longer deny certain parts of reality.

This isn’t to say that 1972 was entirely facing the world as it was. Women are still absent or marginalized; and sure, Thompson’s describing an almost all-male world, but the point is he doesn’t really think much about it. There’s a weirdly navel-gazing sense to the book, too. For all the politics, there’s not a lot about foreign policy except a sense of Cold War paranoia. White at least tried to put the United States and its politics in a global context. Thompson’s America doesn’t think about the rest of the world unless it has to, and then doesn’t bother trying to understand it.

On the other hand, Thompson’s not interested in the relatively primitive sociology that fascinates White. White’s about the mechanisms of the race; Thompson’s about humans caught up in those mechanisms. He’s not interested in the details of how a vote at the Democratic Convention gets rigged. That’s magic, parliamentary occultism. But afterward he gets at emotional textures: the pressures on McGovern’s political operatives, their smugness.

Fear and Loathing breaks down as it goes along, unlike White’s heavily foreshadowed exercise in hindsight. Transcribed interviews take up more and more of the book. At the end Thompson can’t even give a clear account of what happened or what it means. Nothing’s clear, nothing certain, except that something’s gone wrong and America’s turned away from its best instincts. There’s this similarity to White’s Making of the President 1960: the winners in both books wouldn’t see out their terms. It’s tempting to see a moral. The unacknowledged irrational, all those things White couldn’t bring himself to think in 1960, leads to an assassination in 1963. Wallowing in the irrational in 1972 leads to the irrational turning back upon the paranoiac in the Oval Office.

In 1960 White could still imagine the world as knowable, comprehensible through rational thinking and the social sciences. In 1972 Thompson’s got no time for that. He’s moving in an alien world, an alien himself. To me, now, Thompson the alien is familiar where White the reasonable man is alien. The story of their shared times, or one of them, is the movement from one to the other. Decades later, it’s possible for me to see that.

Part of the defining experience of childhood is ignorance. You don’t have context to understand the world, or the background of the things you find. Reading books that date back to my childhood made me begin to understand the context of the world I grew up in. I’m finally beginning to understand what made the politics and controversies of the time interesting.