Save Me, Laura Jane Grace!

And then, everything was perfect. 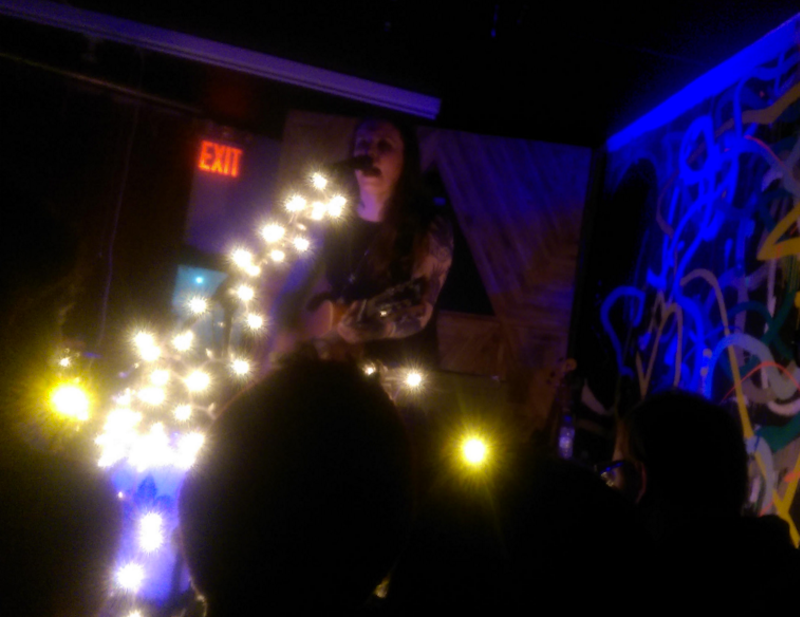 On the night Laura Jane Grace changed my life, I was distraught, minorly dysphoric, and generally an emotional mess. It was a dark, cold night both on the streets and inside of me, and my loneliness was only surpassed by my inebriation. I was in the ideal state of mind for punk rock, but wholly unprepared for the first part of what would prove to be a formative set of musical experiences.

LJG (I’ll call her Laura for brevity here) and her sideband the Devouring Mothers provided the perfect mix of anger and hope for me that evening. (The show was organized by Laura's organization Gender Is Over! (If You Want It), so naturally I bought a jersey before the show and wore it all night in strict defiance of concert-cool regulations.) The Mothers smashed through a set mainly comprised of pre-Transgender Dysphoria Blues songs, a fact which I only gleaned because I didn’t know the words to most of them. It’s okay—I rarely remember them at most shows I go to. I’m mostly there to soak up the energy, and what I absorbed at the Silent Barn was healing in a way I didn’t expect. Not in the wholesome white mage sort of way—more like Kylo Ren punching his injured ribs to gain dark power. The overwhelmingly trans audience took in Laura’s art, both musical and spoken-word (from her forthcoming book, which I desperately need), and converted her pain and anger into energy. Then we turned that energy back towards the stage.

By midway through the set, my pre-show shot of whiskey was proving to be a dubious decision, but that couldn’t snuff out the shining light of this show: Laura’s cover of The Replacements’ “Androgynous.” I’ve never cared much for the original, but I still love that song more than some people I’ve known in my life. Back in 2006—it’ll be 10 years ago this summer, which is starting to blow my mind—I heard Joan Jett play her version, imbued with all the butchness she had in her crusty soul. Just as I was losing respect for her last year, amidst her unwillingness to support Jackie Fuchs’ sexual assault allegations against Kim Fowley, I began falling in love with a new avatar of lady-punk. Recommended almost as an afterthought by a friend, Against Me! quickly rose in status to rank among my favorite punk bands of all time. Laura’s perfect crystallization of my fears and doubts in Transgender Dysphoria Blues came along at the ideal time in my life to strengthen my resolve and coax me forward in my transition.

And now, at one of my lowest points as a trans person, here she was: Laura Jane Grace, tattooed arms flailing at her guitar, playing the song that affirmed for my teenage self that gender fuckery could be accepted, embraced, adored. It just about broke my heart. I remember excitedly looking back at my friend before swiveling my head back around so I could more effectively bawl out the lyrics to the only person in the world who mattered during those three and a half minutes.

I was disgusted with the crowd for not even attempting to request an encore, but looking back, there was only one way for Laura to exit. “Black Me Out” was the perfect closer for Transgender Dysphoria Blues, and it operates the same way for a trans-focused live set. The whole idea of the song is that, if you’re going to get in my way and prevent me from being myself, then you can just fuck right out of my life. And there’s no better message on which to end a show about finding yourself, about trans empowerment, about the fragile importance of identity.

When I got home, I was still an emotional wreck. I wouldn’t begin to pick up the pieces of my heart until the next night’s show in Jersey. But what I found there would shake me apart again—this time, to the core of what makes me a woman. More to follow tomorrow.