The messy state of the fidget spinner craze. 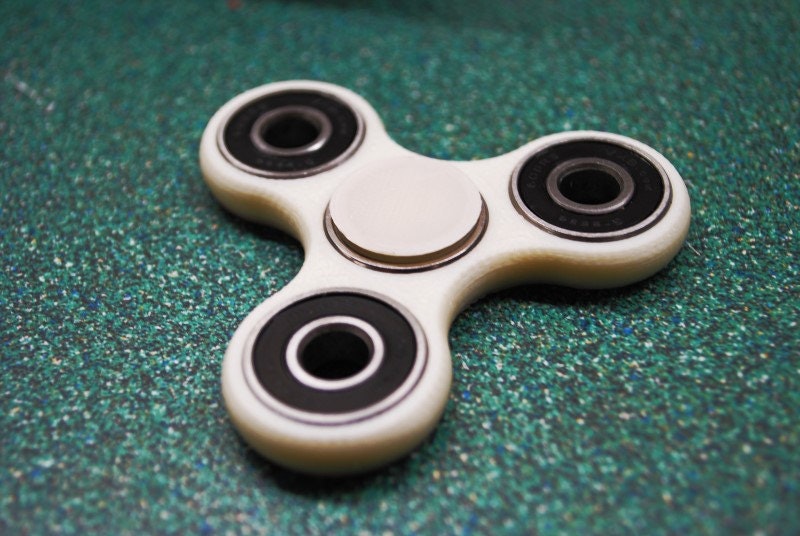 Several months ago, I bought a fidget cube for someone who had anxiety issues. Initially, I was skeptical of the toy. After all, didn't we have worry stones that could be purchased for significantly less? Upon further examination, I found that the variety of tactile sensations were very satisfying. But of course, its simpler cousin overtook it: the fidget spinner. Much like how Pokemon Go took off last summer, this year the fidget spinner has taken center stage.

Like any fad involving children, they were brought into schools and used in classrooms. This has led to bans in certain schools due to their whirring noise and claims of distraction. It's also led to a series of essays interpreting the toy’s success as a product of our current cultural context. Plenty of writers, far less charitable than me, have lambasted the toy as a product of a political and cultural climate that yearns for relief.

My view is rather different: fidget spinners are a cultural barometer, but it has more to do with the demand for the spinners than the spinners themselves. As marketed, they’re meant to alleviate anxiety, which is now apparently rampant. Just as Stardew Valley appeals to those disillusioned with corporate monotony, the fidget spinner offers a portable sense of control.

Also disconcerting: experts are casting doubt on how effective the toys are for ADHD symptoms. This isn’t a proof-positive condemnation, but it does call into question our willingness to search for a solution even if it leads nowhere. This doesn’t even touch the vast amount of pseudoscience devoted to people on the autism spectrum. Given that spinners can be purchased relatively cheaply, it may not be too concerning.

But people won’t care. They're going to be spinning away until the toy becomes unpopular. But by then there will be something else, another toy to take its place. It may live on in its own niche, but the time is limited. Until then, there is plenty of reason to keep the spinners whirring. A little of bit of control isn’t inherently bad.