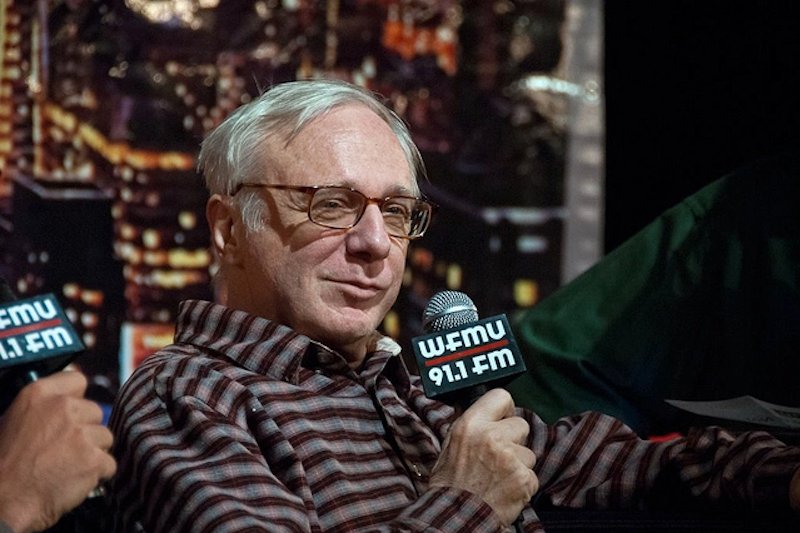 Cultural appropriation is, at least in part, an accusation about authenticity. When Katy Perry aspires to hip hop dance moves, she's picking up something which isn't hers and (perhaps more importantly) getting paid a lot for it. She looks awkward, out of place, ridiculous. She looks fake.

One person who’d no doubt be eager to weigh in on Katy Perry's fakeness, or on anyone's fakeness, is Baby Boomer critic Robert Christgau. Christgau is something of a legend. He's been called the Dean of American Rock Critics, and he was the chief rock critic at the Village Voice for decades, when that was a big deal. He's known as a contrarian—but that only makes him more representative of rock critics generally. He's not unique, but his work is convenient shorthand for a certain critical consensus.

That consensus centers in particular around race. Like many white rock critics of his age, Christgau is obsessed with black authenticity. He has policed the borders of real black expression, praising those who are truly black, and casting scorn upon the mere poseurs.

Early in Christgau's career, those inauthentic poseurs included Jimi Hendrix. These days Hendrix is seen as the quintessence of realness; he's a rock touchstone, the foundational artist who confirms rocks essential blackness. Back in 1967, though, when Hendrix performed at Monterey, white critics like Christgau were turned off by Hendrix's flamboyant performance style and, especially, by his appeal to a white audience. Christgau infamously called Hendrix "a psychedelic Uncle Tom," though editors changed it to "just another Uncle Tom" under the misapprehension that that was somehow less offensive. Christgau also approvingly quoted another critic who said that Hendrix had a "beautiful Spade routine."

Jack Hamilton, in his recent book Just Around Midnight, argues that Christgau has been unjustly pilloried for his comments, which Hamilton argues were more a dig at the audience than at Hendrix. Rereading Christgau's original dispatch, though, Hamilton is too generous. Christgau uses "spade" throughout the article to refer to other black performers. His description of Hendrix's music is both voyeuristic and contemptuous. He says Hendrix's performance was "terrible" and accuses him of catering to sexual stereotypes when he straddles his guitar and lights it on fire. The crowd loves it, as crowds loved the sexual gyrations of Elvis and Ma Rainey.

But Christgau is more sophisticated; Hendrix isn't really black. "[Hendrix] had tailored a caricature to their mythic standards and apparently didn't even overdo it a shade," Christgau sneers. The use of the racially-tinged "shade" has to be intentional.

Christgau's racist assessment of Hendrix was an early low, but it wasn't uncharacteristic. A decade later, in 1978, he accused Nina Simone of not being authentic enough. "[H]er penchant for the mundane renders her intensity as bogus as her mannered melismas and pronunciation (move over, Inspector Clouseau) and the rote flatting of her vocal improvisations." He then chastises her for skipping the lyric "bitch" in "Rich Girl." Black women who don't say "bitch" aren't real. White men know.

Christgau doesn't just sit in judgment on black artists; he’s also eager to kick white artists for not being black enough. In a 1976 review of an ABBA album he says, "their disinclination to sing like Negroes reassures the Europopuli." That "Negroes" is meant as an insider sneer; Christgau is parodying the European distaste for black people, supposedly. The actual effect, though, is to cosign the idea that black people sing, and should sing, a certain way. Moreover, ABBA is as influenced by disco as Eric Clapton is by blues. Why is one unconscionably white while the other gets praised as "honest"? Who is Christgau to rule on what's really black, anyway?

The answer is as inevitable as it is depressing. Christgau gets to rule on what is black because he's white. White critics have always abrogated to themselves the right to decide which black people are really black and which aren't black because they have a white audience or don't have a white audience, because they're too sexual or not sexual enough, because of no reason or any reason. Just last week Carrie Battan at the New Yorker declared that Nicki Minaj is plagued by "a lack of substance" and that her focus on chart success is "grasping for a kind of relevance that she is struggling to tap into organically." Surely all pop stars are driven by chart success—that's what being a pop star is. But Battan claims to see to a deeper lack. Like Jimi Hendrix and Nina Simone, Nicki Minaj is a fraud. White people say so.

You could say that arguing about cultural appropriation is counter-productive. White critics use the idea of authentic blackness against black people all the time. Black performers who don't conform to white stereotypes about what black people should be are denigrated and called Uncle Toms and sell-outs. Maybe it's best to get rid of the idea of authenticity altogether, as poptimists argue.

But cultural appropriation perfectly captures what Robert Christgau has done throughout his career. Say what you will of Katy Perry, dancing away; at least she’s working with and paying some black artists. Christgau's lifelong dabbling with blackface is substantially more presumptuous.

What does it mean when Christgau says ABBA, Jimi Hendrix and Nina Simone aren’t black enough? What it means is "I, Robert Christgau, am the single, solitary, authentic black person on earth." Blackness is treated as a mystical truth, detachable from black people who, Christgau suggests, often don't really appreciate it anyway. Over the decades it's been an article of faith with white rock critics that the truest black people are white rock critics. That's how cultural appropriation works.