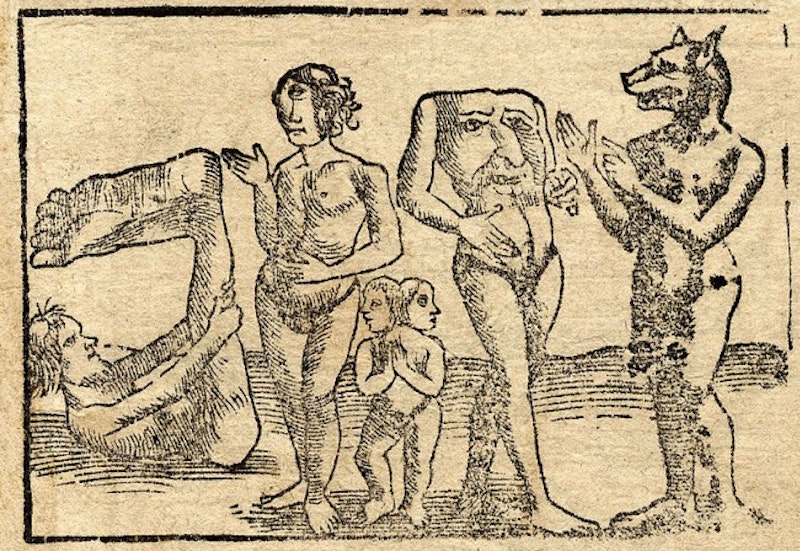 Inferno, a new dog from Ron Howard starring Tom Hanks, opens with a rhetorical question from radical billionaire geneticist Bertrand Zobrist: “If given the choice, would you push a button that would kill half the people on Earth living today to ensure the survival of the species—or would you do nothing and see mankind go extinct in a hundred years?” Zobrist (played by Ben Foster) is the villain here, intent on unleashing a new plague that would bring “horrors unknown” all across the world and thin out the herd, encouraging the traumatized survivors to keep on keeping on. Biology drives us to reproduce and even in the face of severe overpopulation and the imminent threat of global food and water shortages and lack of space, any discussion of sterilization, encouraged euthanasia, or chemical housekeeping is anathema to the average person, stuck in the present in a husk of flesh and bone, unwilling and unable to confront and take responsibility for a future they’ll never see. Inferno is based on a Dan Brown book, and Hanks plays the same guy he did in The Da Vinci Code 10 years ago—Robert Langdon is getting beaten and banged up all over Italy all over again, only to save the world at the last minute, after two hours of visions of hell and burning and mutilated bodies.

It was a disturbing reminder of how close we’re getting to intimate access with gore and high definition video. The third season of Black Mirror appeared out of nowhere 10 days ago, and after growing numb (not bored) of Trump and Clinton’s ashes going out, Charlie Brooker’s show was an EpiPen of vitality and white-hot fear and anxiety. Every episode is brilliant—never mind what jaded fans have to say about so and so concept or execution being too on the nose or drawn out. “Nosedive” is the pointed parody that the movie Her should’ve been, “Playtest” and “Shut Up and Dance” are sickeningly horrific, and the best of them, “San Junipero,” manages to be upbeat and sentimental while retaining the show’s conceptual rug-pulling and trollish attitude. It’s the modern equivalent of The Twilight Zone where we feel the terror in our bones. Rod Serling’s masterpiece is still compelling but it doesn’t make you sick or send your heart rate up the express elevator.

Some of those stories and concepts may still bring nightmares (the man left to a world of books only to break his glasses), but 60 years on, anything gets dated. The same goes for John Carpenter’s Halloween, in limited theatrical re-release for its 38th anniversary. The original slasher Michael Myers just doesn’t get much done in the first one, and unlike The Texas Chainsaw Massacre, there’s no tension to make up for the lack of guts—the near-capacity theater I saw it at last week laughed at every moment of intended terror (whenever masked Myers would magically show up in the bushes, or whenever the iconic and much parodied and repurposed theme motif would play). But slasher flicks and serial killers just don’t hold any weight right now—the ecological reality of the next hundred years and the implications of the incoming technological Singularity are much more terrifying on a visceral level even if you’re not aware or invested in this kind of thought at all. It’s in the air.