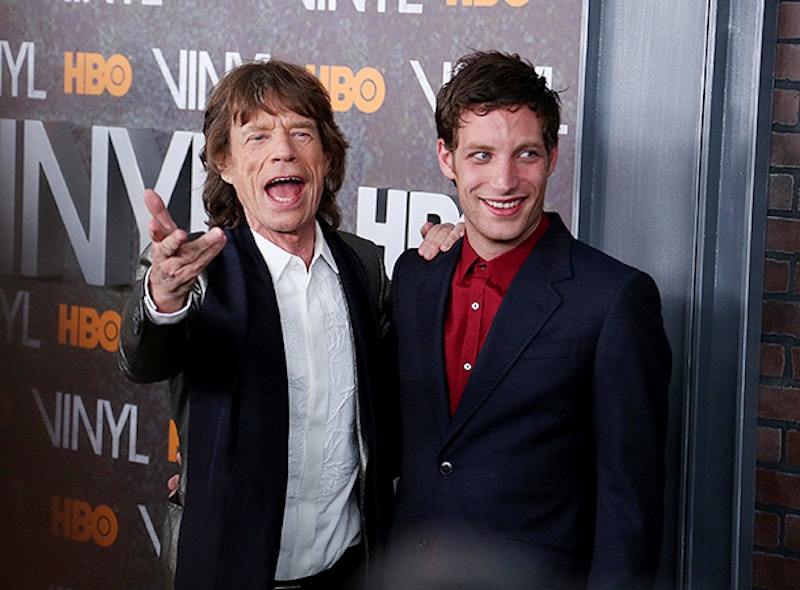 Mick Jagger’s son has short hair. Mick Jagger doesn’t. It’s the same hair he’s had since, I don’t know, 1985. One imagines that the video for “She’s the Boss” had just wrapped up. He slipped into a crushed linen jacket, took three sips from a glass of Merlot, and then forgot to ever change again. The ages and styles could pass, but he’d always have hair down to his shoulders. His wrists could grow knobby, his face could turn into a set of gulches and furrows, but he’d keep wearing lapels that might double as blades on a hydrofoil. For their part, Keith Richards and Bob Dylan have developed so many gulches and furrows that they’ve left our species and become geological. Survivors from The Band have grown their bellies and added some chins. But Jagger remains a weathered, perdurable, painstaking replica of what he used to be. He’s still the same boy—all right, a decrepit boy—showing off his cheekbones and hair, and the hair still looks like a feathery set of drapes.

This applies not only to Jagger’s appearance but to his whole act. He’s like Robert De Niro if De Niro kept doing “You looking at me?” every time anybody saw him. Catch sight of Jagger and some non-Stones and he looks like he was superimposed. Somebody lifted him from that moment in 1985 and stuck him in there digitally. He moves the way he always did, with the tilted fanny wriggle and the floating hands. He has no choice. His singing’s another perennial. Does he ever sound different? It’s always that combination of a croak and whine that manages to convey a leer. Every damn song, decade after decade. The sound has become so standardized it could be produced by an app.

The saddest thing about the preserved Jagger is how he shows up the foolishness of the rock ideologies I sort of took seriously when young. Hippies, punk, all those different rebellions through style. Not that I took part in any, but I bought that they represented successive waves of cultural change that might build to—something. Mick Jagger once got turned away from a hip young club and David Bowie was let in; the times they were a-changing. Jagger had to go punk and stay fresh and… It all seems very silly now.

DVD corner.  Movies that get by on their mise en scène (like, crowd shots and décor and costume, okay?) usually feature a lot of chandeliers, monarchs, and braided uniforms—that kind of thing. Almost Famous is an exception. Its pièce de résistance (the standout sequence, you know?) is a happening party in Topeka, Kansas. A gang of suburban teenagers pad across mohair carpets and get funky in their bellbottoms and shag cuts. This is back in 1973, and to me it sure seems like 1973. Elsewhere in the movie a rock band bounces from venue to venue, with roadies and groupies and fans bobbing about in the background for verisimilitude. Again, I bought it. I felt like I was back there.

The script is misbegotten, built around the puniest aspect (boy likes girl, girl likes rock star) of a fascinating situation (the boy, 15, is welcomed into the backstage world of the classic rock bands). The acting is all decent, except for the lead, who I think is better than decent. This is Patrick Fugit, who plays the stammering, gulping young high school boy who finds himself covering a tour for Rolling Stone. When I was a kid, I would’ve loved to have been in his shoes. Yet I didn’t resent the character at all. That shows the actor has something special going on.

Even so, most of the cast could’ve been swept away and replaced with different actors and different characters, and the heart of the film would’ve still been there. You’re thrown among the people and places that made up the lost kingdom of Rockland, 1973. The details are strong because the movie’s writer-director, Cameron Crowe, was there taking notes; he was the boy covering a tour for Rolling Stone. Twenty-seven years later he put together a Hollywood film that commemorated his own youth, which is something must people don’t get to do. He tried to jam his experiences into a conventional storyline when he should’ve followed the approach he and Amy Heckerling took with Fast Times at Ridgemont High: multiple sub-plots, ensemble cast, exploration of the types found in a particular time and place. But too bad. He still has that party in Topeka, and when he wants to see his youth he can put it on a screen. That beats looking like Mick Jagger.