Is There a 'Gay Accent'?

Where the stereotypical lisp comes from isn't easy to pinpoint. 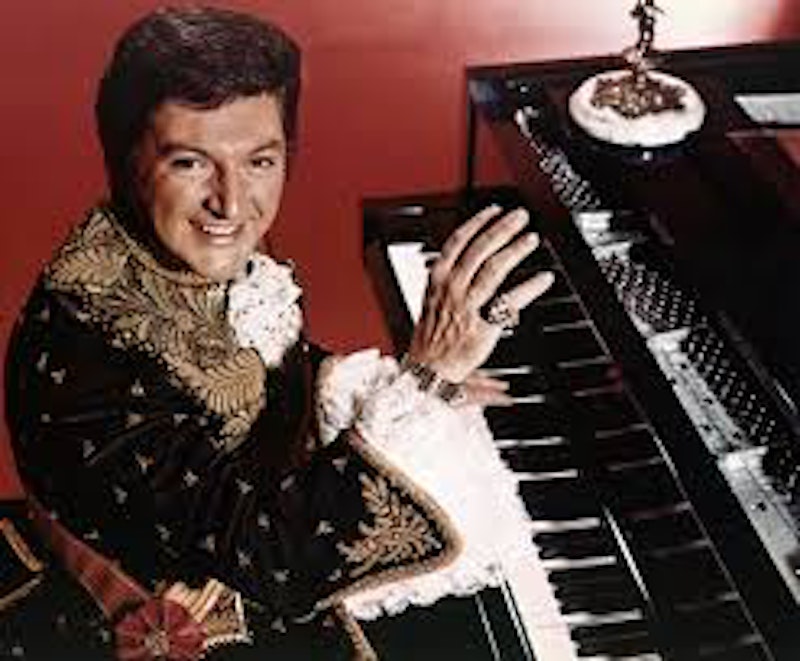 Watching Don Lemon on CNN without knowing a thing about him, who would know that he's a gay man? He's well-groomed and put together, but so is every other TV anchor. Lemon betrays no hint of what's known as the "gay accent," so you'd have to rely on other indications of his orientation, such as CNN announcing his engagement to boyfriend Tim Malone, after Malone had given him a dog collar reading, "Daddy, Will You Marry Papa?"

By the rules of television, and by his own admission, Lemon's had to scrub his diction of any traces of both his sexuality and Southernness, but who knows what he sounds like when he’s partying at some place like Fire Island? Sharing a common speech pattern's a way to show solidarity with your group, whatever that group may be. Many Southerners in the north say they talk more Southern when they return home.

Variability in pitch and crisp pronunciation of the letter "s" (sibilance) are normally associated with the gay accent. You also hear other terms describing it—"upspeak," "nasality," "singsong pattern," "effeminate." But plenty of gay men (probably including Pete Buttigieg) have never had "gay" speech patterns. To a certain extent, the gay accent's a stereotype that can be used to mock gay people, but it certainly exists. Author David Sedaris, who's gay, says that when he stays at a hotel and calls down to the front desk, they always say, "Yes ma'am" to him.

Two of the first gay men to introduce the gay accent to the general American public were pianist Liberace and author Truman Capote. Liberace, a technically closeted homosexual who was once "said to be involved" with the Olympic ice skater Sonja Henie, employed the flamboyant, campy variety of the speech pattern—so flamboyant that his fame provided cover for the less overtly gay people to go about their lives with some privacy. Next to Liberace, they all appeared downright butch. The uncloseted Capote's speech was, on the other hand, fey and childlike, which added another entertaining wrinkle in his rivalry for preeminent gay celebrityhood with fellow author Gore Vidal, who spoke with an aristocratic masculinity.

The origins of the gay accent (or "gay voice") are murky. Georgetown University's Robert J. Podesva’s study, The California Vowel Shift and Gay Identity, looked into the subject of "talking gay." The "California vowel shift" is a reference to a regional variety of English—California English—that shares some pronunciation patterns with the gay accent. Everyone knows Valley Girl talk, and then there's surfer, stoner, and slacker talk. By analyzing the recordings of a single gay man in San Francisco—Regan—the study found that his speech became less "Californian" in formal settings and more Californian when he was in his gay "partier" persona. But the study’s hardly decisive. Podesva theorized that gay men adopt California speech patterns because they're associated with "fun" and lightness, and there's evidence that gays outside of California do this too.

David Thorpe, a gay man, made the documentary, Do I Sound Gay," which features a number of gay people, including public figures like Don Lemon, Dan Savage, George Takei, Tim Gunn, and David Sedaris discussing what it means to sound gay. Of that group, I’d only be certain that Gunn and Sedaris were gay if I heard them talking behind a screen, the same thing I could do with, for example, Ted Allen of Queer Eye. Allen appears comfortable with sounding gay—it reinforces his valuable "queer" brand—but Gunn said that although he's used to hearing his voice now, when he first heard it he was "appalled." The filmmaker, who also sounds gay, also isn't that comfortable with his speech. He said it "mystifies" him why he sounds the way he does. Thorpe shared the observation that when he once heard a group of gay men chattering away on the train to Fire Island, they sounded like "a bunch of braying ninnies.”

Thorpe also talked to a straight man who sounds gay (he was brought up by women), and a gay man who sounds as straight as Bruce Willis. I've heard Europeans say that, to their ear, Canadian men sound gay. I don't know what to make of this, but I do know that there’s no universal gay voice, just as there is no "straight" way of speaking.

Straight men who some might describe as "artsy fartsy" sometimes exhibit some of the speech patterns of the gay accent, so perhaps it at least partially stems from wanting to distinguish yourself by sounding refined. Having refined taste is certainly a strong element of gay culture, whether it's in clothing, art, or diction. But, then again, there are gay people like Thorpe who don't understand why they speak the way they do. One theory is that, for gay men who are coming of age, the strong woman is a powerful influence in ways that extend all the way to speech patterns. But it's a topic still shrouded in mystery.

There's nothing wrong with "sounding gay," and nobody should be bullied for it, as often happens in schools. The best way to look at the gay accent is that it adds another dimension of everyday life, which would be dull if we all spoke, looked, and thought alike. If someone tells you that there's no gay accent and that you're being homophobic by even discussing it, chances are that person’s not a gay man. If you don't believe me, check out Do I Sound Gay.