Give James Spader the Big Screen 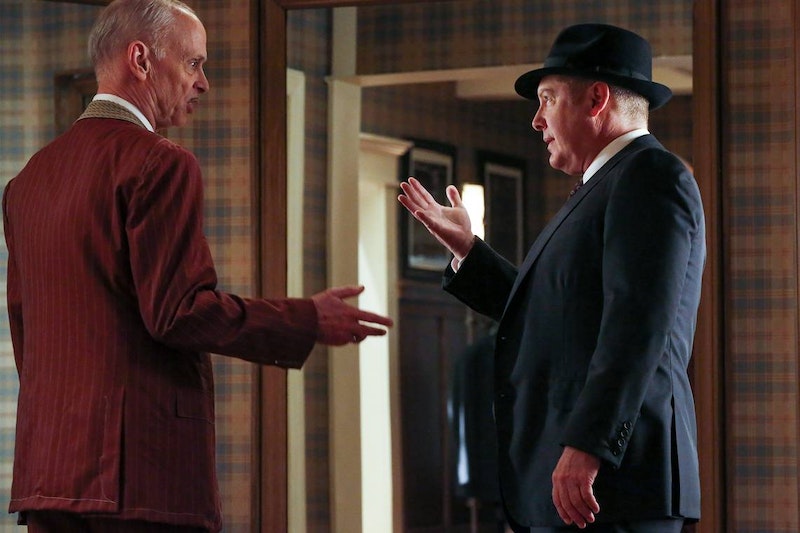 As Raymond Reddington might say: “I can’t for the life of me comprehend why James Spader isn’t given an enormous blank check by a major Hollywood studio to star in a film of his choosing. The man’s talent, and range, is nearly unparalleled in the industry and so what if he’s bald? Have we really not progressed from the archaic casting of the 1950s? My Lord, it’s such a treat to watch him on television, a magnificent pearl in that wasteland. Many years ago, I took lunch with James in this hole-in-the-wall diner outside of Richmond, and I won’t soon forget the marvelous sausage biscuits that the proprietor Betty Sue lovingly lowered onto our plates. (Not long after, Betty Sue was in my employ.) Maybe James crossed the wrong vipers in Los Angeles. That I can understand. Well. An appointment awaits in Mumbai, so I’ll take my leave and let you ponder this vexing conundrum.”

I agree with Reddington, the ingenious fugitive whose character is played by Spader on NBC’s Blacklist, a TV show that’s nearly carried by its star. (His putative co-star, Megan Boone is an atrocious actress, and Harry Lennix, Ryan Eggold and Diego Klattenhoff are run-of-mill players who are interchangeable with counterparts on other procedurals. Hisham Tawfig as Dembe, Reddington’s bodyguard and conscience, is excellent, as is FBI Amir Arison.)

Spader, 59, is one of the finest working actors today, with a voluminous body of work—admittedly, many clunkers—that stretches from portraying snotty rich misanthropes in the late-1980s (Pretty in Pink, Less Than Zero) to lascivious voyeur in Sex, Lies and Videotape to an accident fetishist in Crash, and then the skilled but off-the-charts eccentric lawyer in Boston Legal for five seasons (2004-2008), a brilliant TV show that was like a good Saturday Night Live sketch that also resuscitated the careers of William Shatner, Betty White, Candice Bergen and John Larroquette.

Spader, as Alan Shore in that show, alternately seduces women at his firm, breaking every rule of sexual harassment, often unleashing his lust on a glass table in his office, and then shows up in court to give a rambling but stirring closing argument that’s both liberal but highly moral, and which sometimes lands him in the clink for contempt of court. Spader’s unusual friendship with Shatner (in the last season, the men, heterosexuals, marry each other for tax reasons), who plays the aging name partner of the firm is the lynchpin of Boston Legal and brought to the fore the anguish of Denny Crane’s Alzheimer’s Disease (and another lawyer’s Asperger’s Syndrome). It was easily the best network television of this century’s first decade.

Not long ago, I panned the popular, eat-the-rich HBO series Succession, a flashy but jejune treatment of media moguls, very popular with left-wingers who relish the thinly-disguised takedown of Rupert Murdoch’s empire. The politics of Succession don’t bother me at all; it’s just they’re so transparent and often stupid, and as someone’s who’s worked in publishing since the 1970s, I find it silly.

Blacklist is far more compelling (and in fairness, I have zero personal knowledge of dime-store or sophisticated criminal enterprise, so perhaps I can excuse the nearly-weekly nuclear threat/dirty bomb/cyber terrorism that’s always foiled, usually with Reddington’s help), and that’s mostly because of Spader’s larger-than-life presence—the actor has filled out, in addition to losing his hair since his Tiger Beat days. Reddington’s was at one time a patriotic Naval officer, but he soured on American double-dealing and now lives as a man without a country, although he has hideouts/villas/contacts throughout the world, even if he claims he has no friends. His only bond is loyalty.

On occasion, celebrities will make guest appearances on Blacklist, such as John Waters in the finale to season five. Reddington’s in Baltimore for a suit fitting and runs into Waters (who’s intrigued by the notorious criminal) and the two trade pleasantries. It was a perfect twist to finish that season. I asked Waters about his cameo, and though admitting doesn’t watch the TV series, he did say that Spader was an upstanding and curious gentleman, and agreed that Hollywood should pay attention. If Waters (pictured above in a Blacklist clip) were still making films, my guess is that Spader would one of his first calls for casting.