Grimes Can Have Little a Procreation 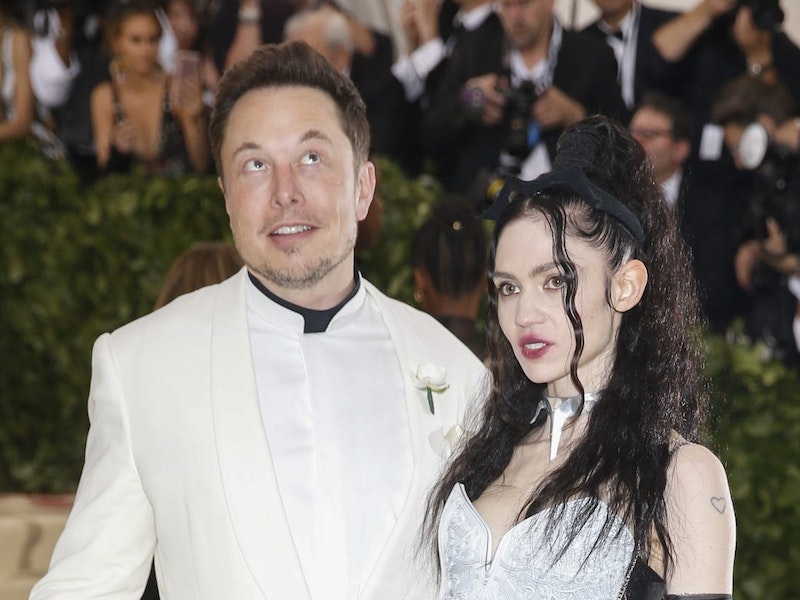 “The spawn of e and c”—is that really any of my business? Did I ask to see Grimes’ titties yesterday on my feed? No. Am I complaining? Absolutely not. It was her pregnancy reveal photo, two versions: one with nipples, one without. Instagram censored the former. Why? Pregnancy is beautiful, “feral and war-like” as Ms. c wrote in her post. I respect the couple’s commitment to idiosyncratic identities: Claire Boucher became Grimes so Grimes could become c. Elon Musk sold PayPal so he could buy a quality rug and fall in love with Grimes so he is now e. Or E?

I don’t ask salacious questions in times of filial joy. Mothers of the world are disrespected and violated every day because all of us know in our core that they’re the most powerful beings on Earth. I saw a nice, violent film about this about 15 years ago—Spanglish, I believe it was called. Women and their mothers, daughters and their druthers.

Be nice to new mothers. It doesn’t always work out well, even if the baby is carried to term. Sometimes they grow up to be little assholes. Sometimes they come out that way. What if they grow up to be mass murderers? Terrorists? Investment bankers? You might as well not have kids; it’s not worth the risk. And the institution of marriage? Rooster and I are happy, but children have no say being born into a marriage. The central object of a relationship they know nothing about. How can they navigate the world after that? Not very well. Do you think the spawn of e and c will ever have a worry-free day in its life? Probably not. They’ll be feeding the baby digital applesauce and casting spells on it instead of enrolling private school. Do rich people even send their kids to school? I’m not so sure. Did Chet Haze graduate high school? Even if he did, Tom Hanks certainly dropped the ball on that one.

I never got over my miscarriage. Children make me sad. Chicks make me cry. I’m barren. This is a trauma that society does not allow women to express. Female anatomy and sexuality is still barely understood and widely mocked and exploited. I’ll never mock Grimes, an expecting mother. I wish their cyber-family the best. Some have said the child will come out “speaking in Wingdings.” I don’t believe in mocking the children of public figures, even if they’re ugly. And that’s hard for me. When I see an ugly person, it makes me very sad, and then very mad. Why? I’m a mother. I’m caring, a caretaker. When I see beauty perverted, I’m incensed. So I support Elon Musk and Grimes’ new techno-child, but I’ll reserve judgment and further comment until I can assess whether or not the baby looks like shit. They often do.

Elizabeth Warren wouldn’t extend the same sympathy to me. I met her once, and I have tea, but unfortunately friends that is all I have for this week. Make sure to follow me on Twitter to see what hate crimes the Senator committed against me in the past.