Once you get it, it's hard to get rid of. 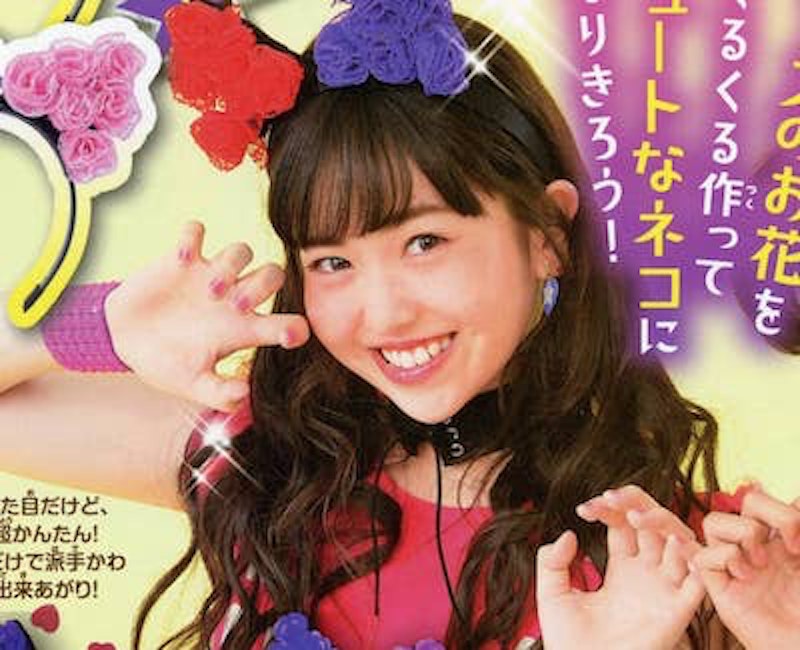 You're walking down the street and you see a couple of women carrying parasols and wearing ruffle dresses and bonnets while pushing baby carriages that each contain a little lap dog dressed up in pastel baby clothes. What country are you in? Japan, the world capital of cuteness.

The Japanese obsess over cuteness. Hello Kitty (cat), Rilakkuma (bear), Miffy (rabbit), and Keroppi (frog) are four popular cartoon characters in Japan that the Japanese would call "kawaii"—cute. Unsurprisingly, "kawaii" is is one of the most commonly-used Japanese words. You can't get through a day without hearing it any number of times, often spoken by a young lady as "kawaiiiiii!" You can buy a Hello Kitty pink, high-tech toilet, or even a "cute" robot. After a while it begins to feel cloying, like adults are preoccupied with things best left to the amusement of children. What about Hello Kitty is remotely adult? Nothing—it's pre-adolescent in every way.

It's jarring when you've heard so much about Japan's refined and delicate sense of beauty, and have seen so many of examples of it, and then arrive and realize you're inundated instead with objects, sounds, images, and words that are found attractive because they're considered endearing rather than elevating. "Beauty" would be a more grown-up preoccupation, but in the commercial realm in Japan you're bombarded with adorable, childlike, shy, and vulnerable. Cuteness is all over television, clothing, advertising, facial expressions and mannerisms, and merchandise.

Closely tied to kawaii culture is the concept of the burikko, which refers to young women who take pains to look and sound almost unbearably cute. Burikkos wear pigtails, make cute gestures, are giggly, and speak in high-pitched voices. While they may appear to be parodying the stereotype of the submissive female with their bubbly, naive act, it's a persona that they embrace. The burikko aesthetic could be compared to that of the campy gay male who overdoes his effeminacy with an ostentatious display of expressive body language while using speech marked by floating cadences, stressed "S"s, and bouncing pitches. Exaggeration's the key.

Burikkos play to the Japanese men who are attracted to the seemingly (because much of it's performative) helpless, mindless type who’ll let them call all the shots. Since buurikkos react to things that they like with such enthusiasm, this type of man feels they’ll be easy to please, unlike the emancipated type of women who wear their sophistication on their sleeve. In short, burrikkos, who are the inevitable byproduct of kawaii culture, are unintimidating.

I've heard a number of theories on the origin of kawaii culture. One of the least credible (although amusing) is that the Japanese government fabricated it to help the nation put on a softer, more vulnerable face after its WWII military atrocities. The most common explanation is that cute culture emerged out of the student protests of the late-1960s. As an act of rebellion, Japanese university students refused to attend classes, choosing instead to read comics (manga) to protest the establishment's approved course of study.

It snowballed from there. Girls adapted a cute handwriting style that included tiny pictures resembling emojis. As the economy continued to develop into the 1970s and 1980s, cuteness made its way into a variety of consumer subcultures, producing an environment from which the human apotheosis of cuteness—the burikko—emerged as the meek, giddy female complement to the strong, stoic male archetype. Presumably, giving off any hints of female empowerment would scare off potential suitors possessing the traditional male mindset. Contrast this with what the bra-burning, liberated second-wave American feminists were doing concurrently in the 1970s and you get an insight into the deep differences between the two nations' cultures. Japan had its own first-wave feminism, but the second wave has barely washed up on its shores.

America's second wave of feminism helped the nation to grow up. A society can't be fully adult when half of its members are excluded from opportunities based on their gender—in effect, treated like children. Japan did have a second wave of feminism, but it didn't stick like it did in the U.S. It was more about addressing the repressed gender roles that women were forced to play rather than attaining equal rights extending all the way into the corporate realm.

Studies have shown that many Japanese women prefer to be called cute rather than beautiful. This is a juvenile way of thinking, but they're merely conforming to society's expectations. Cuteness is warm and charming, while beauty can be aggressive and threatening. While burikkos are hardly representative of Japanese women in general, they’re part and parcel to a male-dominated society that's ambivalent about girls growing up to become independent women.

Japan's cuteness problem—and it is a problem for adults to have childlike taste—is what happens when the culture produces an environment in which being cute becomes too valuable as a social currency. It's a sign of cultural immaturity that's so firmly implanted it may never go away.