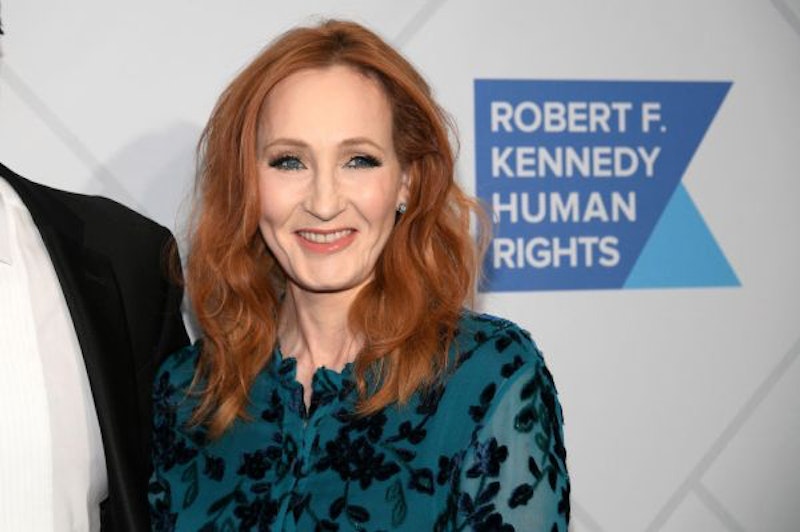 Last week Harry Potterauthor J.K. Rowling publicly announced her support for Maya Forstater, a former researcher at the Centre for Global Development (CGD) who lost her job over her views on transgender people. “Dress however you please,” Rowling tweeted. “Call yourself whatever you like. Sleep with any consenting adult who’ll have you. Live your best life in peace and security. But force women out of their jobs for stating that sex is real? #IStandWithMaya #ThisIsNotADrill.” She forgot to mention that Forstater wasn’t fired for simply acknowledging biological differences between the sexes; she lost her job for speaking out against trans equality and creating a hostile work environment.

According to The Guardian, the CGD decided not to renew Forstater’s contract with the international thinktank after speaking out against the UK’s Gender Recognition Act—which legally recognizes trans people’s identities—on Twitter. The reason she opposed the law, Forstater tweeted, was because “men cannot change into women.” According to NBC News, she also misgendered trans peoplerepeatedly on Twitter and received a complaint from her CGD co-workers about her transphobic views.

Forstater filed a suit against the CGD back in March, but last Wednesday Judge James Taylor tossed out her claim. Forstater, the judge ruled, “is absolutist in her view of sex and it is a core component of her belief that she will refer to a person by the sex she considered appropriate even if it violates their dignity and/or creates an intimidating, hostile, degrading, humiliating or offensive environment. The approach is not worthy of respect in a democratic society.” Regardless of how one feels about Judge Taylor’s ruling, Forstater’s a bully, and Rowling’s support only solidifies what trans people have been suspecting for years: she’s a transphobic “gender critical feminist.”

Gender critical feminists—commonly referred to as trans-exclusionary radical feminists, or TERFs—believe that gender identities don’t exist; only biological sex matters. At best, they support equal protections under the law for trans people, but don’t believe trans women can ever be “real women.” At worst, however, gender critical feminists propagate dangerous conspiracy theories that threaten the lives of trans people. They’d have you believe that trans women are male sexual predators pretending to be women in order to infiltrate women’s space, and that a Trans Gestapo is committing genocide against butch lesbians. There’s no evidence to support either of these claims, but they’ve already managed to convince both conservatives and centrist liberals that trans people are the biggest threat to women’s rights.

Rowling has shown signs of transphobia for a few years. Phaylen Fairchild took a look at Rowling’s Twitter activityearly this year and found that she followed prominent anti-trans bigots on Twitter like Meghan Murphy and the late Magdalen Burns—the latter whom once shared an article on Twitter claiming George Sorosis behind the trans rights movement. Rowling has also liked several tweetsreferring to trans women as “men in dresses” and predators, although she later claimed she liked those tweets by accident, chalking it up to a “clumsy and middle-aged moment.” She wasn’t being clumsy when she wrote a disturbing passagein her mystery novel The Silkworminvolving a transgender character, and I doubt she was clumsy with her latest tweet, either. The evidence so far suggests a woman who not only believes trans women aren’t “real women,” but are also a dangerous threat to society.

This kind of mentality perpetuates violence against trans people. A 2013 surveyshows that 18 percent of trans women reported being denied access to public restrooms, 68 percent were verbally harassed, and nine percent were violently attacked. As far as trans women assaulting cis women in public bathrooms, there’s no evidence of this happening, which debunks the gender critical feminists’ narrative. Bigots don’t care about facts, though; 34 anti-trans billswere introduced in the US this year, and 24 trans women were murdered, with the latest being Yahira Nesby.

Therefore LGBTQ people are condemning Rowling’s tweet. It’s not just about hurt feelings; it’s about standing up for the worth and dignity of all people, including trans people.