Activist Democrats Live in Their Own World

Goofy Peleton ad freaks them out, and Pete Buttigieg’s a homophobe. 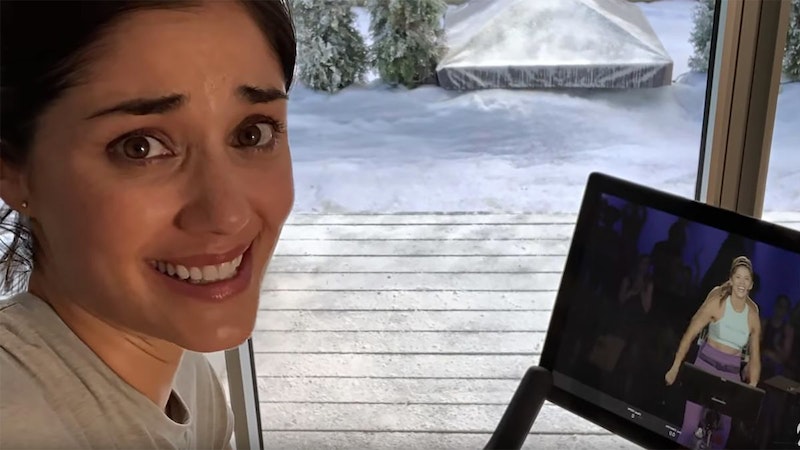 The knee-jerk reaction by the Democratic media and the intersectional/activist wing of the party to Kamala Harris discarding her presidential ambitions was out-of-touch and condescending. There was predictable despair over her failed candidacy having revealed the harsh truth that almost every American is a racist sexist. But that was merely one incident in a week in which progressives were busy showing the nation how disconnected from reality they've become.

The same dour set of doomsayers and scolds had already established the fact that all Republicans are racists because they support Trump. Now we get the news that 95 percent of Democrats are racists too, as Harris was polling at only around five percent nationally, and not much better in her home state of California. Pundit after pundit hammered home the point that Sen. Harris didn't catch on simply because of her identity, despite the fact that Barack Obama’s wife, Michelle, could’ve easily won the nomination. None of the “experts” felt the slightest compulsion to provide any evidence for such a dubious assertion because this is all faith-based and Democrats, as perpetual penitents, are programmed to accept it.

Because it interferes with the narrative, there was no mention that even black people weren't enthusiastic about Harris, preferring the familiar, Obama-linked Joe Biden instead. We received no examination of her questionable record or lack of campaign strategy, and were told that the “Harris is a cop” meme was “weaponized” to bring her down, even though she once boasted that she was “California’s top cop.” There was a robotic, cultish nature to the coverage, as if the talking heads and tweeters were all reading from the same prepared script.

I wrote about what a bad candidate Harris was back in February when the blind media was touting her as a frontrunner, but nobody was addressing any of my points after she dropped out. The media was upset about Harris because they'd anointed her as a top-tier, “female Obama” candidate, but Democratic voters weren’t buying it. Proven wrong, progressives resorted to calling Democrats racists, which shows how little they think of the American people in general. It must’ve given some comfort to Republicans to know that they're not the only racists in the country.

Progressive lunacy continued when Peloton released a corny, but perfectly normal commercial involving a husband giving one of their high-end, $2200 exercise bikes to his already svelte wife for Christmas. A year later she raves about how the machine changed her life. Dumb, but it's standard advertising hype that people have seen a million times. Somehow this one was different, though. "How dare this figure of the patriarchy assume that his wife wants to get even thinner!" they wailed, even though exercise is recommended for general well-being, not just weight loss. Many Twitter moaners complained about the look on the woman’s face—she was a Stepford Wife blindly obeying her demanding husband. All the hypersensitive gnashing of teeth on social media sent the firm's stock down by 10 percent, and the outrage specialists moved on to their next target.

Then it was time for Pete Buttigieg to feel the fury of the righteous when it came out that he’d once volunteered to raise money for the Salvation Army, which the gay Left hates along with the rest of conservative Christians. The charity organization has gained a reputation for homophobia, but it's attempted to leave its controversial past behind. The Christian group's U.K. website states that it “stands against homophobia, which victimizes people and can reinforce feelings of alienation, loneliness and despair.” Their American website includes anecdotes from LGBTQ people that the Salvation Army has helped.

According to Out magazine, LGBTQ Nation, and Queerty, Buttigieg is guilty of trying to raise money for desperate people with an organization that's trying to rectify its past behavior. Callout culture provides no path to redemption—all sinners must be punished, even if they're volunteering their time to help people in need. The level of self-centeredness is staggering when a gay mayor’s attacked for participating in a traditional city event while doing his job. Even charities aren't off-limits for the hectoring, morally-superior Left.

The impeachment hearings presented progressives with an opportunity to showcase other weaknesses, such as the inability to accept mistakes and learn from them, and a weak grasp of strategy. The Democrats’ witness, Pamela Karlan, made an innocuous, but inappropriate, crack about Barron Trump. While it was in no way an “attack” on the 12-year-old as conservative media outlets disingenuously alleged, it was a foolish remark from someone the Democrats never should’ve called as a witness in the first place.

Karlan, who suffers from Trump Derangement Syndrome (TDS), once admitted that she has to cross the street if she's about to walk in front of Trump's hotel in Washington D.C., so it was unsurprising when she made an unforced error that allowed the Right to express faux outrage and thereby drown out her testimony. The Democrats’ problem is that none of them get mad when Democrats fail like this, so they keep failing. Judging by the reactions in the media, Karlan was a perfect witness who was maligned by dishonest Republicans for political gain, just like Hillary was the “most qualified candidate in history,” but lost because of racism, the Russians, James Comey, the Electoral College, and the media’s coverage of her emails.

The last thing the Democrats should’ve done is choose a witness who’s an active member of the #Resistance. Karlan finally got herself a national audience, and she decided to go after Trump personally. Since the media won't point out the Democrats’ obvious mistake in putting her on the stand, they're trapped in their own feedback loop and still don't have any idea what went wrong.