I Was at the T-Day Classic

A Thanksgiving vignette from 1969. 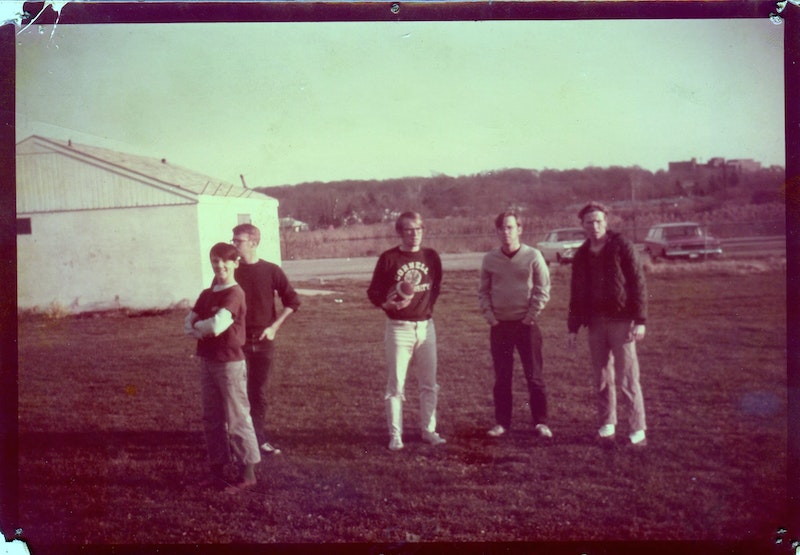 The Thanksgiving Days come and go—piling up for me now like a mess of battered Topps baseball cards from the mid-1960s—scrambled in an overloaded memory bank that’s sometimes open for business, on other occasions shut down for the day and maybe forever. (I’m reminded of a snippet in Per Petterson’s I Curse The River Of Time (2008): “Inside my brain there was something inattentive, some slippery patch of Teflon, where things that came swirling in and struck it bounced off again and were gone, a fickleness of the mind.”)

My immediate family no longer makes a fuss over Thanksgiving, after years of visiting my wife’s parents in Los Angeles, cooking traditional dinners, sometimes with guests, and going the no fuss-no muss route by frequenting a Baltimore restaurant that serves a mostly mediocre spread. We did go to the Prime Rib for a couple of years, but my digestive system no longer tolerates a big fat steak and potato skins. We’ve stripped that down further; this year my wife, son Nicky (his brother Booker’s in Iceland) and I will see The Irishman and then nosh later in the evening on an elaborate tray of sushi. Heresy to some (like my friend Tom Joyce), imaginative to others who also dread all the folderol.

Before nattering on, I’d be thankful not to read “quips” about how to negotiate the political ballast of “crazy uncles” at the dining room table. How did uncles get singled out for this degradation? Why are grandparents, cousins and too-precocious-for-their-own good squirts immune? I’m an uncle, many times over, and my own Uncles Joe and Pete were two of most warm and generous men I’ve had the privilege to know and love.

Inevitably, while hogging the wasabi on Thursday evening, I’ll think about the Thanksgivings from long ago, when I was a kid and my four brothers and I would cram around a full table, delighted to be together and banter about this and that, but never how the Pilgrims slaughtered the Indians centuries ago. I’ve noted before—in truth, many times—that my mom was no Betty Crocker/Julia Child, far more interested (at least by the time I was on the scene, the youngest boy) in reading books than cooking. She’d had enough of the routine, understandably, and on most days prepared a meal based on canned fruits and vegetables, frozen food and a cut of pork, chicken or beef, or maybe fried chicken livers with onions. But on Thanksgiving, the “good china” came out, the Parker House rolls, baked potatoes, squash with a marshmallow topping, a platter of walnuts, excellent gravy, not-so-excellent stuffing, a tube of foul and slimy cranberry sauce that oozed out of the can, and always, always a magnificent turkey that my dad carved and gave me first dibs on since I was the “baby.”

Yet Thanksgiving provides me with one mind-frame memory that has nothing to do with food, but everything about what a tight-knit group the Smiths were. As pictured above, you can see me (left) with my four brothers in run-down Mill Dam Park in Huntington, New York, a pre-meal touch football game (“The T-Day Classic”) that we held for a couple of years. The year was 1969, and it was the last time the contest was played, but it was a doozy. I don’t recall how long the game lasted; I believe a traditional four quarters with our dad keeping time and score on the sidelines, relishing a rare day off from his Car Wash. The sides were stacked: the two oldest boys vs. the two youngest, with the middle brother (who’d rather be reading Henry James or Mickey Spillane) floating from quarter to quarter to the two teams.

I was 14 and paired with my 19-year-old brother (a top athlete, unlike me, who was good enough that I never got picked last in gym) home from the University of New Hampshire, facing off against the two oldest boys who hadn’t yet hit 30 and so were in no physical decline and, like all of us, intensely competitive. My brother Gary, the 19-year-old, chafed at the unequal sides—Jimmy the Greek had us at 100-1—but that didn’t last long as my dad (a New Englander like Calvin Coolidge) gave a smile that said, “C’mon, boys, let’s just have fun.”

And fun it was! The underdogs took the game into the fourth quarter, just six points behind, and near the end we almost tied when Gary threw me a perfect pass that barely escaped from my fingertips. The older boys, typically, were unsparing in their laughter (which wasn’t contagious) and taunts, and then we all jammed into a Dodge station wagon and went home to join my mother, two sisters-in-law, and three babies.

A month later, Gary and I were the recipients of Christmas gifts from the older boys, sweatshirts that read “T-Day Classic Losers,” which we wore once for snapshots and never again. No one was made of money at that point, and I remember thinking how this joke was meticulously planned, since back then it wasn’t an item you could simply order online and receive two days later. Those boys were cards of the first order and lorded their joke over us for a solid 30 minutes. My mom rolled her eyes, thinking, but not saying, “Well, that was a waste of money,” and then brought out the canned egg nog.