And Jerry Ford’s one memorable line. 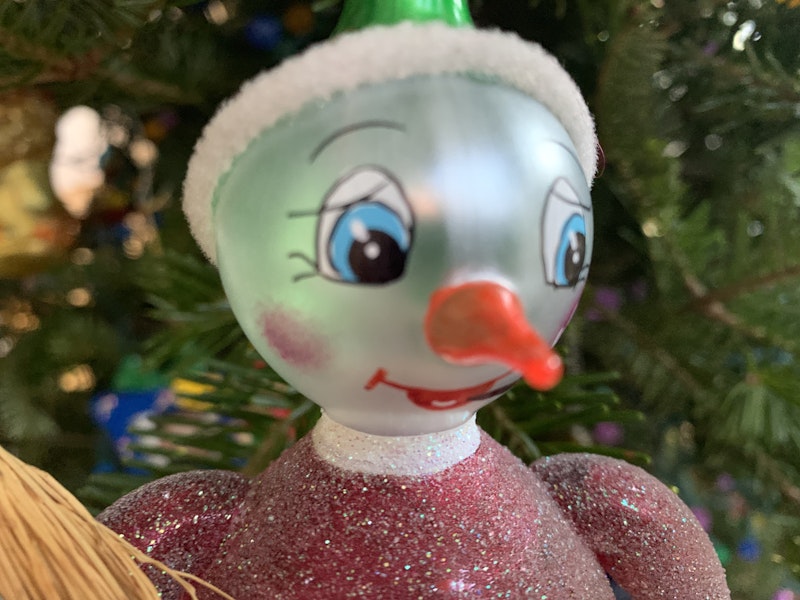 My guess is that the meme “OK Boomer,” so popular in 2019, has faded, although tag-alongs will continue to use it as a pejorative as the 2020 presidential campaign ramps into overdrive (it’s hard to believe that the election isn’t already over, given the wall-to-wall coverage the past 18 months by journalists who’ve nothing better to write about). I’m a Boomer and never took offense to the tepid putdown/joke, but did think it was pretty silly. Boomers, many of whom years ago spoke about never trusting anyone over 30, are ripe for ridicule, some deserved, some not, but I think the “generation warfare” is pointless. Not all Boomers are wealthy, coastal elites who look down their noses at Millennials and Gen Z; not all Boomers are conservative middle- or lower-class blowhards who carp and wheeze and drool about younger people. And not all people younger than the arbitrary, and wrong, timeline for Boomers (1946-1964), demand relief from college debt, free healthcare and label anyone who doesn’t agree with them a fascist.

Except for one incident, I’ve never thought twice about the pros and cons of being a Boomer. It’s when I was born (1955) and I had nothing to do with it, but I’m glad my parents did. Anyway, one lazy Friday spring afternoon in 1986 at Baltimore’s Linkwood Park, eight of us were playing croquet, amped up by Jolt! cola (a “thing,” in the nonsensical parlance of today, that lasted about two years) and Rolling Rocks, and having a marvelous go of it. I was 31 at the time—the ages of the other seven ranged from 23 to 39—just a few years away from early middle-age. It was around six o’clock, and I was just tapping my ball through the two final wickets for a victory, when a carload of teenagers whizzed by and cried in unison, “Big Chill!” Could be because we were in work clothes—chinos, dress shirts, rather than jeans and t-shirts—and I’m not embarrassed to admit that the insult gave me an uncomfortable pause.

It wasn’t just being associated with the horrific 1983 Boomer movie The Big Chill, although that stung a little, sort of like the bite from a yellow jacket as opposed to a hornet. Rather it was an acknowledgement that I was no longer young, which I objectively understood and didn’t particularly mind—as Per Petterson says, curse the river of time and all that—but on a raw level it got to me. I was completely unfazed by turning 30 the previous year—which was, and still is, a bugaboo for most people—but lumping me with those assholes from The Big Chill, which my friends and I also ridiculed, was a passing (and probably quickly forgotten) “Boomer”/”yuppie” insult by kids that was a reminder of a decade before when I thought I had the world by its balls and was ready for any adventure, low- or highbrow.

We continued playing, joked about Geritol, and then, now in a position to afford a meal out at one Baltimore’s two very good Chinese restaurants, continued on with conversations about politics, new music and books, and, as the late Joe Potts said, “those punks” who probably drove into a ditch after the catcall. Yes! We were being objectified! Da noive!

Slipping back to my late-teenage years, does anyone remember a single accomplishment of Jerry Ford? Ford, a self-deprecating man—I’m a Ford, not a Lincoln—was mercilessly lampooned by comics and op-ed columnists at the time, mostly for his frequent spills descending down an airplane’s stairs, other klutzy scrapes, his WIN buttons and that unfortunate remark about Eastern Europe not being under Soviet domination.

It was pre-Trumpian, the jesting about his supposed uncoordinated bearing, even though he was a star athlete at the University of Michigan. It’s mind-bending to think that Ford was the victim of two assassination attempts in his brief tenure as president; although the 1970s, despite all the nonsense about the “Me Decade,” was a fairly violent time in an America laid low by a bad economy (his successor Jimmy Carter couldn’t solve that one either). His wife Betty got most of the attention, with her outspoken quasi-feminist views and then later addiction, which spawned the Betty Ford Central rehab complex for those who could afford it.

Yet one single sentence that Ford said, upon his swearing-in as president in 1974 while Nixon was on his way to temporary exile in San Clemente, has stuck to this day. “Our long national nightmare is over,” Ford said, referring to Watergate (and not the pardon he’d issue Nixon a month later). That phrase has endured, usually in relation to politics, and should Trump lose the election in November, expect to read it about 10,000 times from supposedly sober-minded professors and TV anchors who now bleat, nearly in unison, that the Constitution is under attack.

But I invoke Ford’s most memorable line for the most parochial situations. For example, not long after he was sworn in, I was mowing my mother’s lawn on a trip to New Jersey, just before my sophomore year at college commenced, and as I neared the last quadrant of grass, I thought, “Our long national nightmare is over,” which was goofy, but that’s how sudden slang works. I still do: recently, after a violent and windy downpour in Baltimore, that left our basement mildly flooded, after dumping the contents of the last water vacuum container, I thought, as I rubbed my compromised back, “Our long national nightmare is over.”