My Restaurant Encounters With a Drunk 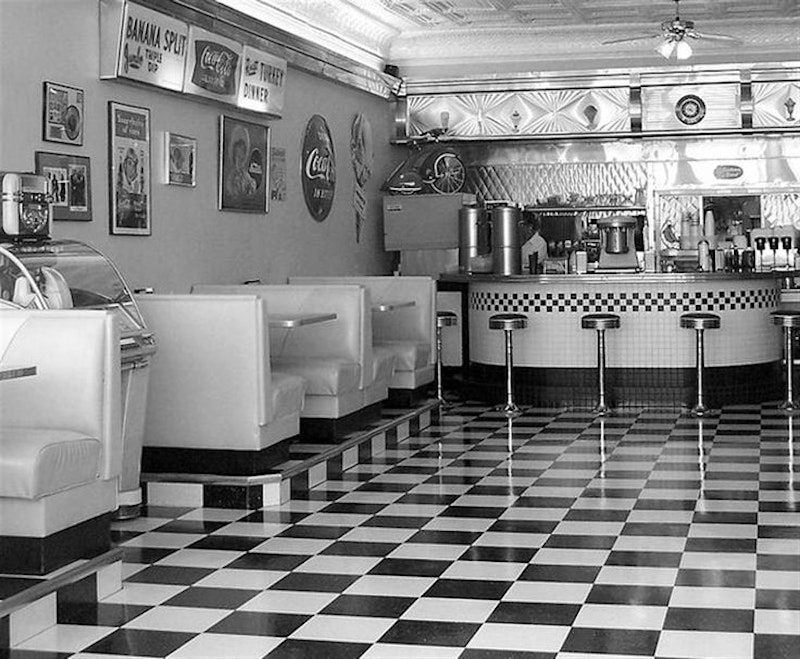 In the recent stories of Trump administration officials facing inhospitable customer service, I found myself thinking a lot about some of my own personal experience. I've worked in the food industry in almost every capacity since I was 16. It's easier to narrow down what I haven't done: owner, head chef, bartender. I've worked in several different types of establishments, but as it pertains to inhospitable staff and difficult customers, there are two experiences that stand out.

The first is a private club that I worked in, and due to the thorough non-disclosure forms every employee had to sign, I'm not sure how much I can disclose. The head chef was a protégé of Paul Bocuse, and aimed to carry on the principles of Fernand Point, and I was a low-level line cook, a step above the dishwasher. Privacy was a priority for club members, which included celebrities, politicians, and athletes; most were local to Chicago, but some are global names. The rules for the staff were clear: don't talk about members to non-employees, and don't be a nuisance to members. Don't tell an actor that their movie stunk, don't sneer at the member of a team you don't like, don't tell the politicians what you really think, and don't be nosy. And if one the biggest stars on television wants to walk around in nothing but his swimming trunks, from the pool to the dining room, let him.

The members may have joined this sort of club as means of privacy protection, but what they really enjoyed was the built-in sycophancy. I was grateful to work in the kitchen because I rarely had direct interactions with members. The most interesting dynamic I observed was that the people who were legitimately big names were usually reserved, and utilitarian in their club use. The affluent no-names who spent their days lingering at the club took a perverse delight in name-dropping, barking orders, and sending items back to the kitchen. If there was any conflict of creed, it was among members. I heard of one incident, after the fact, where an insurance executive and an alderman nearly came to blows.

If I sound cynical over customer interactions, I think I've earned it. My late uncle founded a small chain of diners in Chicago, and I started waiting tables at one when beginning college, which was the only time I ever had to throw someone out. It was a slow afternoon, and my only table was a regular customer who’d come in with her mentally disabled brother. When I took their order back to the kitchen, I found the other waitress was crouched under the counter with the phone. She told me that a drunk customer was getting violent and throwing things, and she'd asked him to leave. She was now calling the police.
I was stunned that I didn't hear anything, so I decided to try to talk with the customer myself. When I asked him how he was doing, he responded with a mix of Polish and English. Despite my heritage, I don't speak Polish, but his English was obscene enough for me to assume the Polish wasn't any better. Then he haphazardly threw a butter knife in my direction. I said he wouldn't be getting any food, and that he should leave.

I went back to the counter to ask the other waitress about her call to the police, and she said they'd put her on hold. I brought the order to my customers, the brother and sister, and checked on the butter knife thrower. He was angry about not receiving any food. I replied that because he was throwing things and cursing, he wouldn't be getting any food from us and needed to leave. He insisted on receiving his order, and I said, "Whatever, the cops can deal with you."

He responded by throwing a salt shaker, and my patience was exhausted. This time, I was more forceful in telling him to leave, making it clear that this wasn’t up for debate. When he started swearing again, I grabbed his arm and pulled him out of the booth: "You're leaving. Now." Somehow I dragged him across the main floor to the entrance, where he started to fight back. He shoved me, and when I shoved him back, he hit the back of his head on the door frame. Wincing in pain, he shouted, "You're discriminating against the Polish!"

I shouted back, "I am Polish, you idiot!" He replied that he didn't have to take this abuse and stepped outside. I asked the other waitress about the police and she shrugged, saying that they'll show up whenever they feel like it. I returned to my customers, apologizing for the impromptu floor show. They were reassuring, although the sister expressed concern about the possibility of the man having any weapons on him. They paid the bill; the sister went out to their car while the brother used the restroom.

The police showed up, and took a report. By then, I was mentally spent, and the other waitress did most of the talking. She also gave them a piece of her mind over the dispatcher putting her on hold, and being kept waiting because of the possibility that the ornery customer could’ve been more violent than he was.

After the cops left, the sister I’d been waiting on earlier came back in, asking if I knew how to get to the police station. It turned out that when the cops saw her mentally disabled brother in the parking lot, they mistook him for the drunk, and arrested the wrong man. Because the dinner rush was picking up, we were oblivious to what was going on in the parking lot. Fortunately, there were a couple of plain-clothes cops who worked nights and regularly came in for coffee, and arrived at that moment. I brought them over to the increasingly distraught woman to help her sort the mess.

My takeaway in working at the private club and throwing out an ornery drunk is that the dividing line between staff and customers should be maintained as much as possible. We have a job, and it's our objective to do it well. In customer service, one has to accept that there are all kinds of people, and that most of the garbage that customers try to inflict on staff comes from their own deficiencies and we shouldn't take anything too personally. However, there are times when customers will try to make it personal, usually because they're on a power trip, and I don't believe that staff should shy away from acting in their own defense. There’s usually no need to go on the offensive. The difficulty is in determining what’s appropriate to the situation.