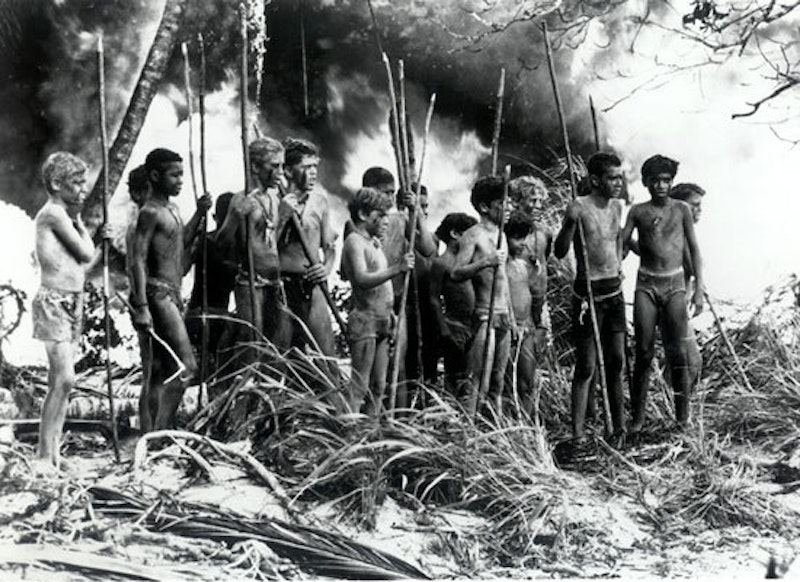 Every morning, at breakfast I check Twitter to see if Bari Weiss or any other writer I don’t like tweeted something that’ll make me mad. If they haven’t, then I check their likes to see if they liked any tweets that I don’t like, and then search on Twitter to see if anyone else hates these writers as much as I do. Finally I look at the clock, see that the morning is almost over, and think about hit pieces I can write about Weiss et al. while I brush my teeth and shave.

However, the other day, I thought, “Is this healthy? Isn’t Internet drama one of the things that fed into my drinking problem? Also, is hate-following all these classical liberal/libertarian pundits helping me write? Then what the hell am I doing?” I like to think I'm just getting ideas for future articles and motivating myself to make stronger arguments for progressive values, but maybe the opposite is happening. Maybe I’m just a troll.

It’s easy to fall into that trap because social media has blurred the lines between truth and trolling. In the ‘00s you could just leave a nasty comment on a blog, but now with social media you can tweet at your least-favorite public figure any time you want and tell them how much you hate them. You want them to know how much of a piece of shit you think they are. Then you look for your next victim.

I should be more sensitive about this since I was bullied from first grade to high school graduation, but there’s still this dark part of me that loves tearing people apart. I don’t want to psychoanalyze why this is, but maybe it has something to do with that part of our brains that wants to belong to a group in order to survive, and it’s this part of our brains that see the Other as an existential threat. It may have worked during humankind’s early evolutionary stages, but now it’s just a big political mess. No single political party holds a monopoly on this tribalistic thinking, either.

It’s no secret that toxic call-out culture exists on the Left. Even social justice writers like Katelyn Burns have written about the problem and how call-ins might be a better alternative to call-outs. However, keep in mind that the latest Twitter mobs against James Gunn and Dan Harmon started with right-wing extremist Mike Cernovich, not a random Social Justice Warrior. Even Dave Rubin—a self-described classical liberal who says he loves dialogue—has a tendency to dismiss people he disagrees with as “far left” on Twitter, and only promote his fellow conservative-leaning commentators. Anyone can get wrapped up in social media drama, so how do we fix it?

One thing I find useful is Kialo, a website where people can debate controversial topics anonymously. Nobody calls anyone either a “cuck” or a “fascist;” instead one person presents a debate question—like whether or not Israel should remain a democratic state—and users can respond with their arguments. Also, each response has to be approved by a moderator before it goes online, and they’ll suggest ways to make someone’s argument more effective. For those that want to engage in actual dialogue and debate, it’s the perfect place to have these discussions without getting wrapped up in drama.

Of course the best way to avoid trolling is to not even start. This is something I’m currently working on. I’ll occasionally clap back at an ignorant statement, but I can’t sit in front of the computer all day deliberately looking for things that make me angry. Every minute I spend online looking for trouble is another minute I spend not working, and if I don’t work I don’t get paid. Neither my wallet nor my sanity can afford to be a troll anymore.