Trump and Tyson for Technocracy 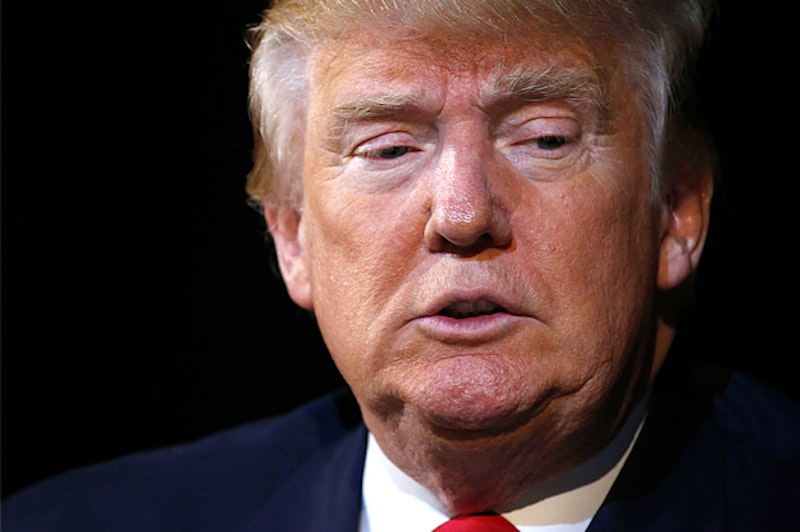 Donald Trump sells racism and xenophobia—but he also sells that eternal nostrum of the masses, technocracy. As Vox has pointed out, Trump repeatedly tells the electorate "our country is being run horribly." When he says he wants to prevent Muslim immigration, it's only until we "figure out what's going on." Trump's a pragmatic businessman; he will provide the simple fixes that everyone would agree on if only politicians weren't so venal and corrupt. Like Ross Perot before him, Trump promises to improve things through sheer force of acumen, without the necessity of difficult compromises or trade-offs. A Trump presidency will be an apotheosis of prosperity and common sense solutions for all.

I doubt Neil deGrasse Tyson is a Trump voter. But he shares a similar vision of technocratic utopia. On Wednesday, the astrophysicist neatly summarized the political faith in Mr. Fixit with a tweet. "Earth needs a virtual country: #Rationalia, with a one-line Constitution: All policy shall be based on the weight of evidence."

At first, Rationalia sounds like a cool place. Who would object to government by the weight of evidence? Vaccines would be mandatory, carbon emissions slashed, guns banned as unsafe, and a panel of experts would determine the ideal tax rates for maximum economic growth. The virtuous would inherit the earth, and the superstitious, cowardly gun lovers would be banished to the nether realms. Right?

Well, maybe not. There are two problems with determining policy by the weight of evidence. First, evidence about political issues is often contentious and confusing. What level of taxation would be best for economic growth? I'm a liberal lefty, and I think I know where the evidence points, but technocrat Trump doesn't agree with me. Do you take a survey of all the economists for every economic decision? Is there some czar of economic weightiness who balances the different opinions and determines which one is weightiest? Who gets to appoint that czar, and how do we make sure he or she is objective beyond question?

The second problem about the "weight of evidence" is that the majority of political questions aren't about "evidence." They're about political and ethical values. It’s frustrating to that U.S. politicians deny the existence of climate change when we know the world is getting warmer and we’re all screwed. However, even if all the skeptics were suddenly enlightened, this wouldn’t solve the political problem, which is that it’s really hard to know what to do about worldwide environmental change linked to out most vital energy resource.

Restricting fossil fuels has serious short- and long-term costs. Are those costs worth sustaining for the long-term health of the planet and human life? I say yes, but those who say "no" aren't saying "no" (just) because they won't acknowledge the weight of evidence. They're saying "no" because they have different political priorities and different political goals. You can't resolve that by technocratic fiat.

Democratic politics is an ugly mess. Confronted with that ugliness, it's tempting to dream of a cleaner way—with less fuss, animosity, stupidity, Brexit, and less Trump. But the wish for order is quite compatible with the wish for fascism. Technocracy and authoritarianism get along perfectly well together, as do technocracy and ignorance. It takes a thorough vacuity to believe that reason can solve all our problems. And it takes a cramped political vision to imagine utopia as a place in which democracy is dead.