Why the Political Right Envies the Cultural Left

Andrew Breitbart had it figured out. 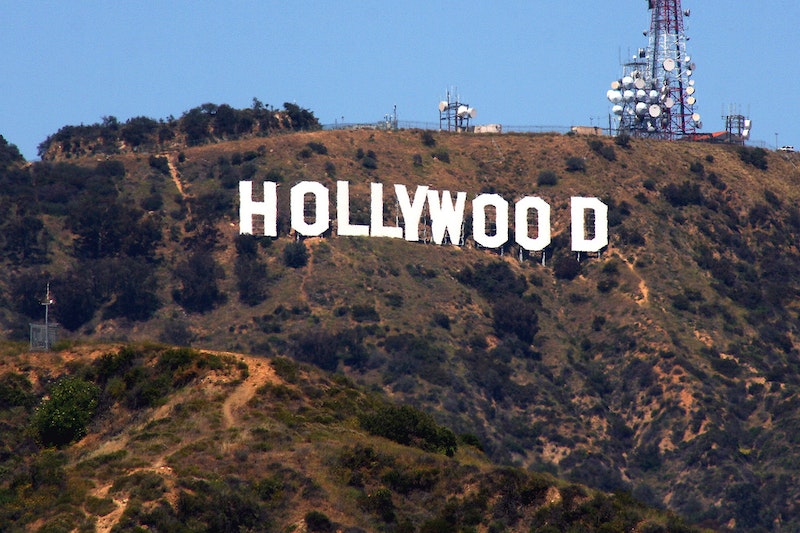 When pondering the question of why the political right envies the cultural left, I think of the moment I discovered that actors are hard-working people who often take more risks than conservatives. It was 1987, and my brother Michael was starring in How I Got That Story, a play for which he would win the 1988 Helen Hayes Award.

The part was grueling, involving playing 17 different characters, and I was backstage when my brother came off stage after the curtain call. He was drenched in sweat, exhausted, and almost naked (the final scene called for it). A stagehand tossed him a clean white towel as Mike collapsed into his dressing room.

The jock of the family, I then realized that actors work their asses off. As do directors, photographers, magazine editors, as well as novelists, and comedians. The work required to become a successful artist is never acknowledged by conservatives, who blast the Acela corridor and Hollywood elite but still envy the cultural left. Liberalism has its share of blowhards (Alec Baldwin), virtue-signalers (Julianne Moore), and outright creeps (Sen. Al Franken). But they also create the art that captivates the broader culture and feeds people’s deepest dreams, thoughts, and desires.

Sensing that Taylor Swift, Judd Apatow, and Nora Ephron wield far more power to affect the masses than Ann Coulter and Stephen Crowder, the right can do nothing but cry “Elitist!” The intensity of their rage indicates there’s something more behind it than disapproval of libertinism. The right is jealous. They haven’t taken the time to create any kind of infrastructure or support artists. Sensing they don’t have the talent to pull off what Baldwin does weekly on Saturday Night Live, conservatives cower from the kind of financial, personal, and artistic daring taken up by those on the left.

Ten years ago, the right had an opportunity to enter the culture in a meaningful way. Andrew Breitbart, the charismatic conservative who loved culture, said this in a talk to the National Policy Council: “The people who have money, every four years at the last possible second, are told, ‘You need to give millions of dollars, because these four counties in Ohio are going to determine the election.’ I am saying, why didn’t we invest 20 years ago in a movie studio in Hollywood, why didn’t we invest in creating television shows, why didn’t we create institutions that would reflect and affirm that which is good about America?”

We didn’t because that takes hard work, and conservatives find it easier to cash in on the air horn outrage of rebutting the cultural left than putting in the spadework of creating something that will remake a culture. It’s easier to send Milo or Ben Shapiro to trigger college snowflakes than write and pitch a script. In his excellent book Pictures at a Revolution: Five Movies and the Birth of the New Hollywood, journalist Mark Harris examines the nominees for the Academy Award for best picture of 1967: Bonnie and Clyde, The Graduate, Guess Who’s Coming to Dinner, In the Heat of the Night (the eventual winner), and Doctor Dolittle. For Harris, 1967 was a cultural shift in America, reflected in the diversity of the Oscar nominees, which represented the clash between old school Hollywood and a new avant-garde inspired by French cinema.

Harris goes into great detail about the difficulty independent filmmakers of the time had in getting their projects from script to screen. The result of their efforts are films that changed and saved Hollywood, which was mired in bad romantic comedies and taking a beating from the popularity of television. The radical filmmakers changed a culture.

Conservatives have no interest in doing the same. About seven years ago, director Paul Moon and I got together at a diner in Virginia and plotted to make a documentary about conservative icon Whittaker Chambers. Chambers was a member of the Communist Party after leaving Columbia University in the 1920s. He left the party in the 1930s and then, after 10 years as an editor at Time, fingered Alger Hiss, a prominent lawyer and government official, as a Soviet spy. The Chambers-Hiss case was the trial of the 20th century; the story has espionage, philosophy, courtroom drama, narrow escapes, and a subtext of homosexuality. Chambers’ book, Witness (1952), is a political classic, but perhaps more importantly a spiritual classic that has been compared to Dante and Augustine. More than a simple spy story from the 1950s, the Chambers story touches on humankind's quest for utopias—and the role of suffering in triggering fanaticism.

After conducting several interviews, including Pat Buchanan, we needed $20,000 to purchase historical footage and hire a narrator. After months of phone calls and grant applications to conservative individuals and foundations, and getting some good press, and being the Indiewire “Project of the Day,” we’d come up with nothing. Not a single member of the vast right-wing conspiracy had given us a dime. Eventually, and with a lot of footage in the can, we gave up.

It was our 1967, time to kick off our own revolution, albeit a counterrevolution. But by then Breitbart was dead, along with his vision of conservative artists fueled not by resentment, but passion.