Corporations Are People, But People Are Not

The GOP’s Darwinian view of economics. 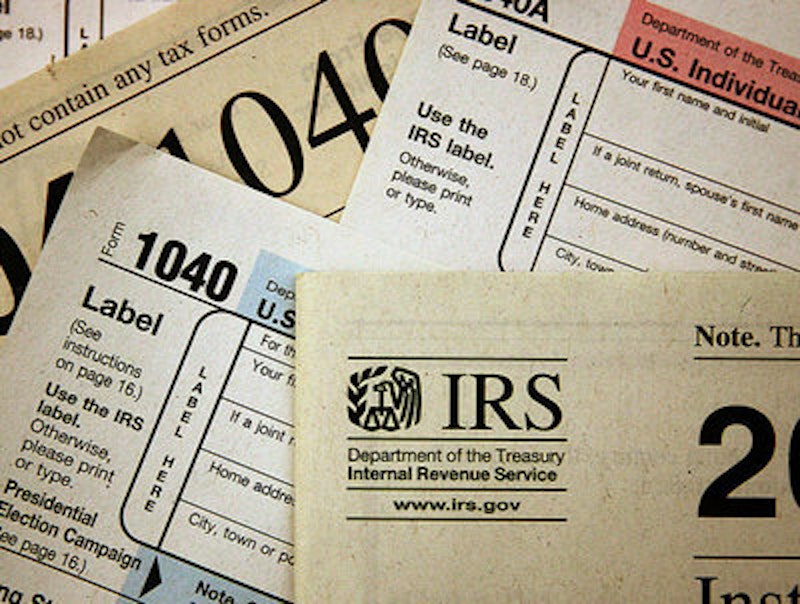 Old joke: A camel is a horse that was designed by a committee. Kids with cancer lose out. The idle rich gain. Under the Republican tax scheme, corporations are people, but people are not. Homebuyers are penalized, but breweries get a break. Local taxpayers are out of luck, but orange growers make out. Health and wealth are an unnatural legislative alliance. And anyone with a subsidized health care plan is told to drop dead so the estate tax can be wiped out. Put another way, everybody else gets stiffed so corporations and the rich get a tax cut. That’s the Darwinian way the GOP believes the economy should work.

President Trump and the Republican leadership—Senate Majority Leader Mitch McConnell and House Speaker Paul Ryan—couldn’t care less about what’s on the paper as long as there’s something to sign. Passage of a tax bill is supposed to signal major accomplishment from a GOP regime with total control of government and can’t get anything done. Only the wonky Ryan has any inking of tax policy and he learned from the clunky novels of Ayn Rand.

Nearly every study, from the Kaiser Family foundation to Congress’ own analytical study group, the Joint Committee on Taxation, has provided a cumulative consensus that the Republican tax plans, both House and Senate, do not live up to their claims and, in fact, would do more harm than good. To add to the hillock of evidence, no one’s even clamoring for a cut in taxes that could turn out to be nothing more than a munificent gesture in a pauper’s will.

Trump claims he won’t benefit a nickel from the tax cuts for the rich. But we’ll never know because contrary to custom, Trump refuses to release his tax returns for scrutiny and comparison. In fact, the IRS has announced that it’s locking those documents in a more secure safe to prevent leaks or curious eyes. It’s as if Trump’s terrified of admitting he’s not as rich as he claims—or as smart as he says. But he’ll do okay under the House version in which passive real estate investors like him get huge breaks as do Trump’s heirs with the elimination of the estate tax.

And Trump is dead wrong in saying that tax preparation will be reduced to post-card size, because of the collapse of categories from seven to four. The proposed tax changes will create more loopholes and categories and not fewer. Besides, TurboTax and H&R Block object to simplification because complexity is the backbone of their tax preparation business.

The rules of politics are the rules of the marketplace. Lobbyists will reinforce their presence in the Senate for a couple of reasons: (1) The Senate is smaller than the House by three-quarters, 435 members in the House to 100 in the Senate. The Senate is also narrowly divided between Republicans and Democrats, 52-48, which makes it easier to deal with. Picking off one or two Senators can turn the bill either way; and (2) the cost of doing business with the Senate is much cheaper because of its smaller size and less frequent elections. Expect no less from the best Congress money can buy.

We, the people, are treated to the same old regurgitated Republican baloney—if the rich get richer so will everyone else. Trickle-down economics has never worked, and chances are under Trump the three-card monte will be a colossal failure. Corporations already have so much cash they’re choking on it. They’re not expanding the economy by investing in equipment or jobs. They’re using their cash reserves for bonuses and stock buy-backs which benefit the executives who horde the cash. Check the year-end bonuses at Goldman Sachs, J. P. Morgan, Exxon and Apple against job creation and plant expansion.

As if further evidence were needed that the deck is stacked, the latest Senate rendition—as well as the House version—of tax reform makes corporate tax cuts, from 35 to 20 percent, permanent but allows individual tax cuts to expire at the end of 2025. Over the long run, individuals will pay more, not less. This is worthy of note because it illustrates where the bulk of campaign contributions originate. After all, smokestacks are people.

To the contrary, what the GOP’s tax framework—who knows what the final plan will look like?—really expands is the deficit, by $1.5 trillion, at a time when every poll shows most Americans believe the economy is doing fine without a tax cut and they’d rather the nation not go further into debt. Four hundred billionaires and millionaires have signed a letter asking the government not to cut their taxes out of concern for the deficit. It’s simple economics: Stimulate the economy when its faltering, not when it’s chugging along at a brisk clip.

The shotgun marriage of tax cuts and the elimination of the Obamacare mandate would be cruel. Doing so would free up $300 billion to offset tax cuts for the rich, according to the GOP. It would also eventually deny 13 million people health care, including those kids with cancer whose low and middle-income parents rely on the government subsidy to afford health insurance.

Without the subsidy, premiums would rise an estimated 10 percent. The mandate requires everyone to have health insurance as a way of stabilizing the pool by including healthy people who require little care at little cost with older people who need expensive medical attention. It works the same way as auto insurance—good drivers help pay the cost of bad drivers. The House version also wipes out deductions for medical expenses, a significant write-off for the seriously ill and the elderly.

The future of any final action on taxes is uncertain. As everyone knows, the House and Senate are going their separate ways, with the Senate having the final say on draftsmanship before the two chambers attempt to reconcile differences.

The Ryan-inspired House bill passed, 227-205, with not a single vote from Democrats and with 13 negative votes from Republicans. Both the House and Senate bills establish ideological red-blue state confrontations whereby big (blue) states will be paying more taxes to give smaller (red) states tax cuts through elimination of the local tax deduction. In other words, the states that supported Trump get the benefit of tax cuts.

The Senate has no votes to spare after two of its 52 caucus members defected. They are: Sens. Ron Johnson and Susan Collins, who, during the summer, helped Democrats torpedo GOP attempts to repeal Obamacare. If one more vote peels off, the issue is dead. No Democratic support is likely. This is especially critical if the debate stretches into December because Republican Roy Moore is losing support rapidly in Alabama’s special election and Republicans may lose a seat in the Senate.

The Republican approach to tax reform is, and always has been, to shift the tax burden away from corporations and the rich to working individuals and families. The GOP is half-way there. Trump’s tax cut is mendacious because truth in packaging doesn’t apply here and the contents defy the sales pitch. It’s a shell game that only the wealthy can love.