The Liberal vs. Conservative Debate 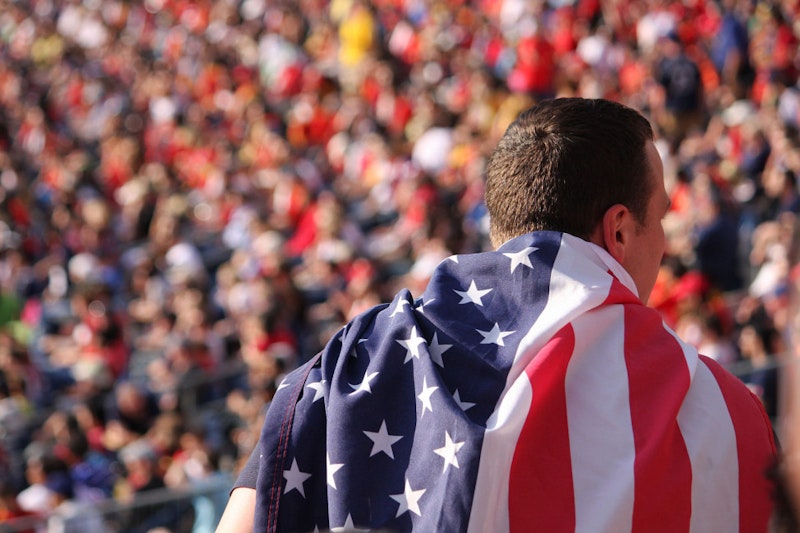 The defining antithesis in American politics makes no sense. One speaks of “liberals versus conservatives“ without so much as a second thought, yet this all but universal distinction obscures the principles by which any actual liberals and conservatives orient themselves and, to an even greater extent, eliminates consideration of the alternatives to which each is opposed.

Quibbling about the definitions of these terms may seem academic, even pedantic. Yet one often reads, hears, and likely laments the breakdown of meaningful discourse across ideological lines in our culture. We ought to recognize that these terms have degenerated into catch-all words for people who vote for Democrats and Republicans, wherever their declared intellectual commitments really lie. They are frequently terms of abuse, though seldom in a more than simply tribal way. Perhaps we can shear these words of confusion and resentment to approach a bit closer to something valuable in each.

By definition, what is liberal supports and exemplifies the values of free citizens in a free state. Within the classical tradition from which the idea springs, the libertas of the state requires of the citizenry skills (e.g. public speaking), attitudes (personal ambition), and responsibilities (political participation). In the more than two millennia since Rome embraced libertas as a defining cultural idea, the notion of what is liberal came to embrace values, knowledge, and skills seen as essential to civic engagement in a society subject to the will of a free and sovereign people.

One may object that liberty and its associated values are only ever imperfectly realized in society. Liberty (in this classical sense) has often served as a slogan more than an ethos. Yet that seems an issue of social justice or history rather than ideals; liberty outlines the shape of political expression rather than its realization. At his/her most basic, the liberal stands committed to the free individual as the basic unit of politics, and holds that a free society depends for cohesion upon the cultivation of certain shared values.

Liberalism, by definition, stands opposed to authoritarianism. Against a picture of government emerging from the power of the citizenry stands one in which the government, simply by governing, towers supreme over individuals in society. In the wake of the horrors of the 20th century, authoritarianism is virtually a dirty word today, so there’s little wonder no mainstream political orientation openly subscribes to it. That said, the core idea is clearly alive and well in our country; both “liberals” and “conservatives” agree on this point, if not the details.

The conservative, by contrast, and by definition, merely tends to retain what is inherited from the past rather than embrace innovation. The minimum requirement for conservatism is a preference for tradition over novelty. In politics, this preference comes in many degrees, from a simple aversion to institutional babies thrown out with bathwater to the reactionary politics of entrenched and entitled elites.

At root, the conservative holds that things are generally getting worse: change degrades political culture, the past is our best guide to the present, and even good intentions are likely to upset the delicate balance upon which functional society depends.

The outlook contrary to conservatism is progressivism, which maintains that better institutional structures lie in the future, that old, timeworn conventions check the flowering of human happiness, and that tradition often serves as the mask for privilege. For the progressive, change promises improvement, while stability creates stagnation.

From these verbal considerations a few things are clear. First, given that America, for all its historical ghosts and present imperfections, originated as an experiment in liberty and remains meaningfully free today, conservatism and liberalism are not, in fact, opposed. That is, a conservative in this country could easily claim liberalism as one of those traditional elements the retention of which he or she advocates.

Could a conflicting narrative stressing the changing definitions of freedom undercut such a claim? Of course. These narratives are not difficult to find or construct.

Second, liberalism has always contained within itself an idea of social responsibility, even conventionality. The liberty of a free people cannot withstand the breakdown of the traditions upon which that society is founded, nor encourage values opposed to social cohesion. While liberty guarantees scope for individual choice, it also enjoins upon the individual a responsibility for maintaining social order and the limits implied therein.

Simply agreeing that “liberal” and “conservative” have a certain definite meaning affords advocates of both perspectives ample ground for dialogue without misunderstanding one another entirely. It’s likely that common ground (and perhaps self-scrutiny) would result from restoring sensible definitions to these most used and abused terms of American politics.