Why the Left is Incapable of Understanding Islam 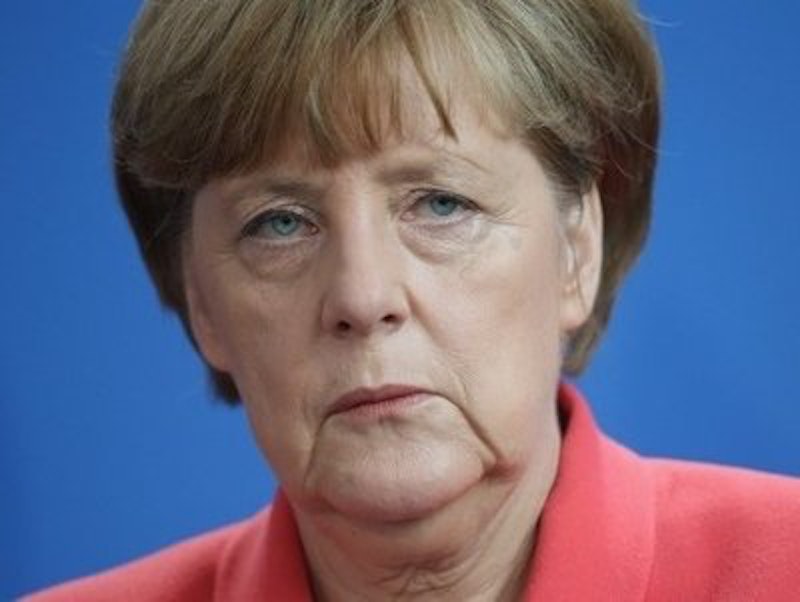 Millions of Americans feels paralyzed by fear and despair since Donald Trump’s election. Things could go haywire with an authoritarian who often appears to be emotionally unstable occupying the White House. Nothing that's happened since the election is serving to quell the collective unease. Vladimir Putin is flexing his muscles against NATO in Europe, and Richard Spencer, the founder of the alt-right, just regaled a D.C. crowd of what appeared to be about 200 admirers of Hitler who now see Trump as the man who can make the U.S. the world's mono-racial utopia now that Europe's been overrun by the Muslim hoards.

There's little self-reflection among the Hillary hand-wringers at this point. They're massaging themselves by speaking of a bigotry-driven “whitelash” and Clinton’s winning the popular vote. While there's plenty of talk around the periphery of fundamental strategic changes necessary to move forward, the blame game still prevails at the center of the Democratic establishment and in the liberal media.

You can be sure that none of the excuse-makers even considered that they actually contributed to Trump’s victory. These are the people who designated others as bigots, racists, sexists, and Islamophobes so often that those people got fed and voted for a guy they're not even sure is qualified to be president. He’s just not that person who’s been calling them all those names. It takes a special kind of rage to bring out the latent nihilism in people like that.

One of several things Obama did that contributed to the Trump shocker was his refusal to ever mention the danger radical Islam poses to the U.S., a fact that should have surprised nobody given that progressive Democrats are loath to offer even the slightest criticisms of Islam, though such reticence doesn't extend to Christianity. Conservative voters concerned with national security resented the fact that the President seemed aloof regarding their fears. They took his nonchalance in the face of a potential crisis as a personal affront.

The left is unable to evaluate Islam objectively, and therefore unqualified to deal with potential security threats posed by the religion. They look at the West, a product of Judeo-Christian values, and they see the wealth. When they look at Muslim-majority nations, where separation of church and state isn't an established concept, they see all the poverty and misery and they’re sure the West must be to blame. The authoritarian leadership, the brutality towards women and gays, all the negatives are the inevitable outcome of colonialism.

Most people who voted for Trump (or Clinton) haven't read about Edward Said's views on “Orientalism” in the Middle East, and they're not fixated on colonialism. They have their own immediate concerns not necessarily molded mainly by the arc of history. To them, Trump addresses those immediate concerns while Obama looks down on them in his imperious way. They get confused and angry when they hear that NASA Administrator Charles Bolden told Al-Jazeera that Obama felt that “perhaps the foremost” thing the space agency could do was make the Muslim world feel good about its traditional contributions to science.

To the extent that NASA could take positive steps to promote scientific endeavors in Muslim countries, such an ambition is admirable. Becoming a jihadi is a much less attractive option when young people might be able to legitimately dream about getting a good job in tech or the sciences. Bolden’s revelation of the Muslim outreach priority didn't work out well for Obama, however, because the President has a reputation for apologizing for his country and being too soft on potential threats from the radical Muslim world. Conservatives really needed to hear him say “radical Islamic terrorism,” but he never gave in. Trump was the beneficiary of that dynamic.

The political left shows its worst side when it blames the West for terrorism. Western oppressors impoverished Muslim nations, so the argument goes, and becoming a jihadi is seen as a legitimate, or least understandable, reaction. German Chancellor Angela Merkel recently took this approach to a previously unimaginable level. A German citizen asked her at a public forum what she was doing to protect the German people from the potentially negative aspects of the mass influx of people from the Middle East. Merkel replied that, because German citizens who were Muslims had joined terrorist groups in Syria and Iraq, Germany has a responsibility for creating the problems there, and therefore a responsibility to accept refugees created by these problems. She didn't realize it, but she was making the case for Germany not accepting any Muslims in at all.

This was a bizarre and stunning statement, especially coming from the person people are saying is now the leader of the free world. Merkel believes that “Germany,” rather than radical Islamists, created the jihadists that joined ISIS just because they grew up in Germany.

There are no words for this sort of inanity. I despair for the free world if Merkel is actually its leader. The German people are in trouble now. They’re good people trying to do the right thing by helping others in desperate need, but their leader is so full of progressive guilt she’s unwilling or unable to fulfill her first responsibility, which is to protect her own citizens.