You’re so vain, you probably think this post is about you. 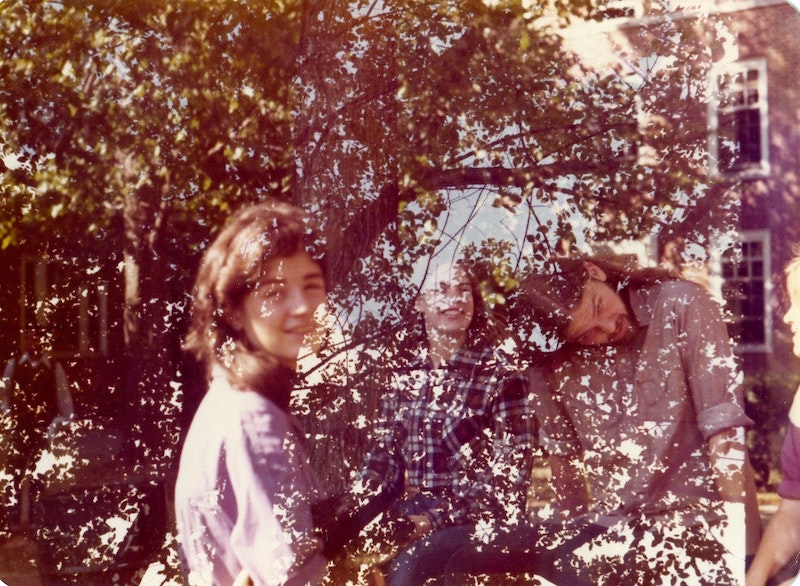 I’m so old I can remember when Nick Kristof didn’t write for The New York Times. (Don’t know the guy, but props to me 4 going the familiar route, because some left-wing columnists are just like my loved ones. Don’t you worry ‘bout me, amirite? TFW every day is casual Friday.) I mean, the world-traveler is giving suggestions to ease anxiety over Cheeto Jesus’ election, “A 12-Step Program for Responding to President-Trump,” and while I wouldn’t go there, I gotta say Nick had just 1 job on Nov. 17 and he did it! Wow. Yup.

The man says it’s bad optics for Clinton supporters—and yes, I think it’s #fakenews that Hillary’s a stinkin’ drunk, the kind of stuff the Daily Mail lives on, sigh, but here we are—to demonize Trump supporters because some of them are “good people.” So yeah, we can agree to agree, though that might be a bridge too far for the kids outside Trump Tower. Just spitballin’, but don’t they have jobs? Nick’s quite literally got it figured out! And if, like, I didn’t already subscribe to two newspapers, I might jump hup-two-three-four on his suggestion to rally behind the not #fakenews reporters who work like dogs to get the post-truth out there. But here’s where I part ways with Nick’s hot take (or did hot takes vanish once the election was over?); when he says we should all attend our local Congressperson’s town hall meet ‘n’ greet, I just gotta say, Really? You’re putting me on, dude! I don’t think anyone I know has done that since interest rates were 19 percent under the greatest ex-president ever, Jimmy Carter. Good times, good times. True times 2 that it’s sad, but like who has the time? I mean, that might blow my mind and make me spill the wine if only because the coffee’s so bad, in a rilly yuge way. So that dereliction of civic duty is on me. I own it!

(Oh, BTW, gotta mention Nick’s Times amigo, soothsayer Rog Cohen, Because 2016, who’s off his meds for sure, when he says about Don the Con: “He was big on hat; now he needs the cattle. That’s problematic… I see a high chance of disaster within the first year of his presidency. Trump won the game. But now the game for him could be up. Or perhaps the world will go down in flames.” #notmypresident Rog really harshes my mellow, kills my buzz, with that kind of talk! If you don’t believe me, and that, folks, is problematic, just ask my homie Crispin Sartwell, who’s got Rog figured out. #becauseruralpennsylvania.)

So, yeah, Billy Don’t Be a Hero and all that word salad about seasons in the sun and dancing queens and cars big as bars and, like, everybody hurts, since a thing is a thing is a thing, and thing is the most awesome word ever invented! Totally. It’s a super good word. Gotta say that all this talk about registering Muslims is so messed up—maybe Melania should be registered: haha—and I. Am. So. Not. Down. With. That. But Nick’s call for responsible Americans like you and me to “call a local mosque to offer support, or join an interfaith event” is so not happening.

Look, haters gonna hate, and I hate the idea of xenophobe Jeff Sessions—Mr. Deportation, a bad hombre—sneaking into the Attorney General’s slot, but go to a mosque? Get out of here, Nick! You’re such a kidder! I don’t even go to my almost all-white privilege Catholic Church, and that would mess up my schedule of watching Black Mirror for five hours straight, and I could be wrong, but I bet you have to turn off your cell inside a mosque. No. Can. Do. Just Not Happening, but I see what you did there, bud.

Will the Senate give a thumbs-down to Sessions? Yes please. I mean, I didn’t vote in the election, so I don’t own the results, and I still have agency, but this religious shit is like WAY over the top. Oh, and so this also happened. Nick says we should all rally for minimum wage increases across the board, and I’m like, whoa, won’t that fuck over the lower-middle-class Americans (and Nick, my dude, my comrade, my Taco Truck companion, how many of those proles do you know?) when small businesses start laying off hundreds of people to like, you know, save money? Not going there, no no no. And FFS, not tryin’ to be rude here, but when was the last time you had a shit job in a shit town, Nick? LMAO, since it was like decades ago, and btw, what did YOU think of Hamilton?

Me, I hate musicals, man, but boy oh boy did your newspaper get snookered by the Pence blow-up—can’t stand God’s messenger from Indiana what with his Iranian-style gay conversion beliefs (oh, harsh, my bad, our nuke comprades just execute infidels) and his I Got An Angel in My Pocket Elmer Gantry BULLSHIT—making such a fuss over a NYC crowd booing him, and like when Cheeto Jesus tweeted that he wanted an apology, that, Nick, was Bill Clinton-like triangulating, washing away his fraud suit over that phony Trump U scam. And walk like a man, Nick, ‘cos you gotta admit that The Combover was tricky in tapping that dogshit fella Steve Bannon for chief strategist and Rebel Yell for AG, letting the post-truth reporters give a pass to his other choices. That was some bigly maneuvering— which I gotta say, I thought “bigly” was a new word, but there it was in Nathan Hill’s The Nix, written before the campaign—but y’know, this too shall pass. Like Si & Gar sang in 1969, in an early version of “The Boxer”: “I am older than I once was/And younger than I’ll be/But that’s not unusual/After changes upon changes/We are more or less the same.”

Since we’re not in Kansas anymore, and this applies to all you snowflakes out there, I must refer to Wall Street Journal latter-day Khalil Gibran Peggy Noonan’s feel-good column last weekend about Cheeto Jesus. And Jesus, Peg lays it on thick: “You don’t know a tree is hollow until you push hard against it and it falls. The establishments of both parties did not know a year ago, that they were hollow trees.” The fuck? And: “But whatever happens, trust America. She has a way of weathering through.” SMDH, Lord have mercy on the boy from down in the boondocks.