Not perfect, but it looks appealing right now. 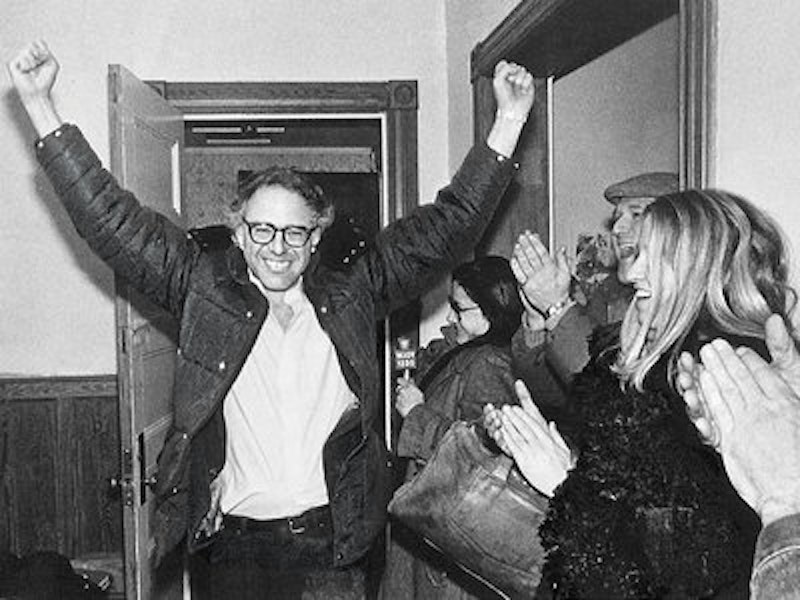 If any Democrat has benefited from the wreckage of the 2016 presidential loss, it's Bernie Sanders. It's impossible to know whether Sanders could’ve won where Clinton lost, but there's no doubt that the standard issue centrist "vote for me I'm electable" narrative is in shambles. Sanders couldn’t have done worse than losing the presidency, the House, and the Senate. With Clinton, Biden, and Obama leaving the stage, the independent Senator is now the best-known, most popular national Democratic figure, well-positioned to make his vision that of the party he has ambivalently embraced.

Not coincidentally, Sanders just released an autobiography/manifesto that outlines his political hopes and plans. Our Revolution: A Future to Believe In briefly sketches Sanders' early years, spends a bit more time on his surprisingly strong but ultimately unsuccessful 2016 nomination contest, and then launches into a laundry list of progressive policies.

Reading through those policies is, for anyone on the left, both inspiring and, at this point, an exercise in self-flagellation. Instead of white nationalists in the Oval Office and a nakedly corrupt Trump preparing to gorge himself at the public trough, we could now be preparing to push for a $15 national minimum wage, single payer health care, paid family leave, and free college education for all. Rather than vindictive racist babble about building a wall, we could be trying to pass the DREAM act, ending deportation sweeps, and getting rid of family detention. I voted for Sanders, but he only looks better as a potential president now that the racist authoritarian is gearing up to fleece our country.

But if Sanders' book is bittersweet, it is also, deliberately, boring. Sanders chides the media for sensationalism and horse-race reporting, and he embodies the change he wants to be by blandly refusing to discuss the most controversial aspects of the 2016 campaign. You'd never know from reading this book that Black Lives Matter protesters targeted Sanders' campaign, nor that he stumbled initially in responding to their concerns. He doesn’t write about criticisms of his campaign manager, Jeff Weaver, who was widely mistrusted and disliked by many others who worked with Sanders. Sanders does acknowledge strategic failures—he admits he failed to appeal to black voters in the South—but there's not a lot of discussion of where exactly he went wrong, or what he could have done differently. He grumbles a bit about the DNC failure to schedule more debates, and the establishment support for Hillary Clinton. Even here, though, his criticism is muted; he praises Clinton's intelligence and highlights issues, like TPP and the $15 minimum wage, on which he pushed her and the Democratic platform to embrace his own positions. Anyone looking for red meat is going to be disappointed.

There's certainly enough reporting on the election as it is, and there's nothing wrong with Sanders being politic rather than divisive. Still, strategically for the left going forward, it's difficult to learn from your mistakes if you don't confront them. Sanders talks about a number of criminal justice reforms, including taking marijuana off schedule 1, ending the death penalty, and closing private prisons, and the book identifies racism as a scourge. But recent comments by the Senator suggest he still has trouble addressing people of color without sounding condescending and clueless. "Yes, we need more candidates of diversity, but we also need candidates—no matter what race or gender—to be fighters for the working class," he declared in a post-election autopsy. He reflexively opposes race and gender to class issues, rather than seeing them as continuous. And what on earth are "candidates of diversity"?

Our Revolution is a wish-lit for progressives—but, for better and worse, it's not a call to revolution. Sanders is a politician, with a politician's interest in making himself look good, and, as recent speeches show, an old white socialist's clumsiness around oppressions not rooted in class. Still, the America described in Our Revolution would be a much more equitable place than the one we're residing in, or heading towards.