Why the Left Insists It's on the Right Side of History

A way to signal their virtue. 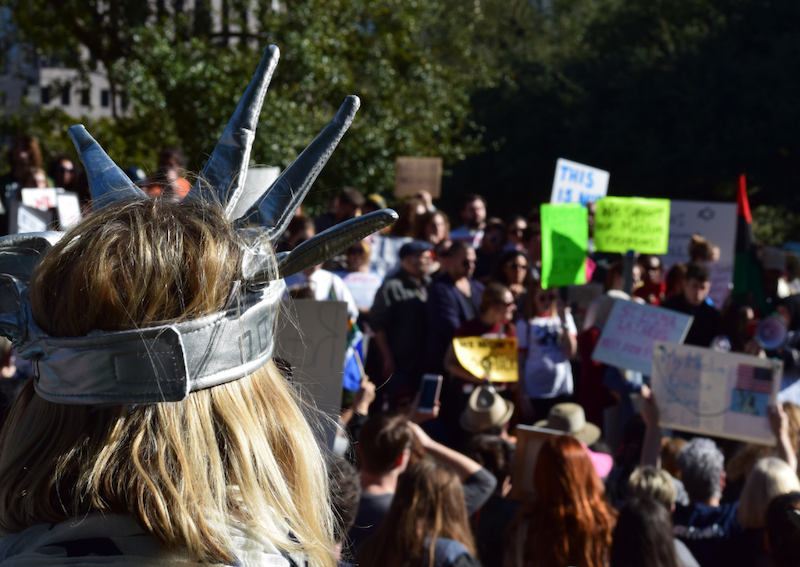 Brexit is still a contentious topic in the U.K., and there are plenty of people still determined to stop it from happening. Some of them claim to be on the right side of history, which is odd, given that the nation held a democratic vote and citizens decided they wanted to leave the EU. That would mean history doesn't favor democracy.

Trump also got into the White House via such a vote, but you'll hear you're on the wrong side of history if you support him. People associated with the Women's March in January of last year assured everyone that to join them was to be on the right side of history, even though one of the event’s organisers was Linda Sarsour, an Islamist masquerading as a feminist who thinks that women in Saudi Arabia have it fine and who’s said horrible, sexist things about other women she doesn't like.

So what does it mean to be on the right side of history? It's a self-congratulatory euphemism people on the Left use as an assertion that they're better, more moral people than their political opponents. When they’re able to resist their impulse to call their political opponents racists and bigots, this is their rallying cry, although the insinuation’s still there. When the heavy wheel that progressives put their collective shoulders behind in their own lifetimes finally completes its full rotation long after they're gone, eliminating all traces of inequality and achieving peak diversity, they’re confident that future generations will recognize how hard they pushed.

American progressivism has now regressed to the point where it often resembles an evangelical movement led by the political equivalent of the clever theologians who can convince the gullible that all sorts of pure conjecture is true. The fundamentalists in charge will brook no dissent from the ranks, which are subjected to purity tests. Half-truths repeated ad nauseum eventually morph into axioms resembling religious articles of faith. To question them is to risk ostracism from the in-group, isolationing them in an ideological limbo, so many go along with the notions that women get paid 78 cents on the dollar for doing the same exact job as men. Their reward: membership in the exclusive Right Side of History club.

Was left-wing icon Che Guevara on the right side of history? That depends on who you ask. The Left considers it a given, while others call him a cold-blooded murderer who helped establish a Cuban regime that oppressed human rights for decades. Much of the Left felt Josef Stalin was on the right side of history after WWII, viewing him as a victim of German and American imperialism. Now many historians consider the former Soviet dictator responsible for the deaths of 20 million people, so perhaps they were wrong about that. It's not even possible to predict who’s on the right side of history, which has been shaped by tumultuous, violent events that fall into moral gray zones that are interpreted according to one's worldview.

To some, capitalism's an abomination that enslaves workers, while others point out that it's been the single greatest force in lifting millions out of poverty. Making a reasonable case for both assertions means choosing which facts to present and which to leave out.

Was President Truman on the right side of history when he decided to drop nuclear bombs on Nagasaki and Hiroshima, killing at least 200,000 innocent civilians? And how about Angela Merkel, whose humanitarian instincts led her to allow a million people from the Middle East into Germany with no real plan in place? While she and many Germans are certain they're on the right side of history, only time can answer that question. The same can be said of Sweden, which is now paying a steep price for opening its borders to so many immigrants at once.

Saying you're on the right side of history leaves you vulnerable to charismatic leaders. Hitler, Stalin, and Mao Zedong come to mind, a trio responsible for approximately 77 million deaths by non-combatants in actions off the battlefield. The Left says, “Anyone who disagrees with me is a bigot.” It shuts down a debate by moral posturing. Believing you’re on the right side of history makes you feel invulnerable to criticism, one of the many symptoms of the post-truth era. It's counterproductive rhetoric that the Left would benefit from abandoning if it had any trace of self-awareness.