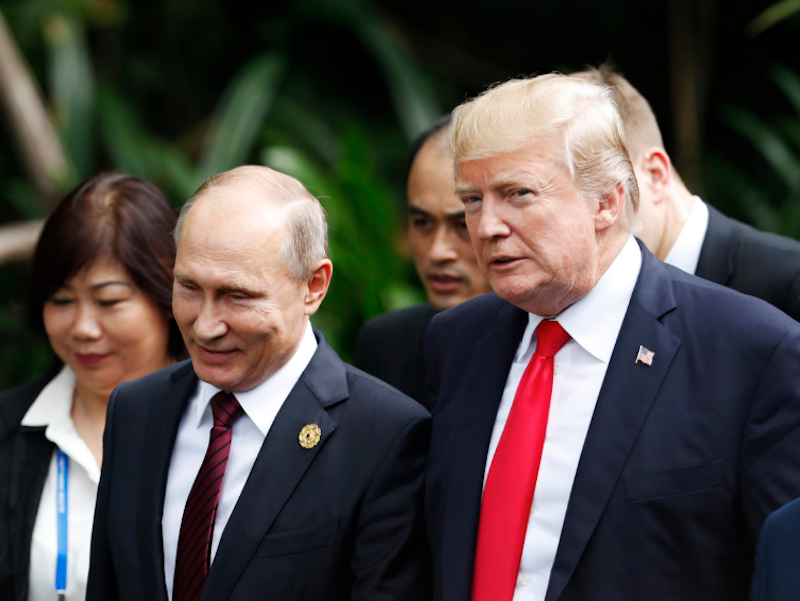 Back in 1965 US intelligence agencies provided lists of civilians with supposed Communist ties to the Indonesian government. Suharto, the new military ruler of Indonesia, used those lists to help target individuals in a genocide that claimed between 300,000 and one million lives.

That's hardly the only instance of the CIA undermining democracy. US spies were complicit in undemocratic coups in Guatemala in 1954 and Iran in 1953. More recently, the CIA was involved in torture at Abu Ghraib prison in Iraq. America's meddling in other country's internal affairs has undermined democracy, promoted authoritarianism, and led to horrific human rights abuses.

From this history, there's an obvious lesson—espionage aimed at undermining democracy and shoring up authoritarian regimes should be condemned and abolished.

Or you'd think the lesson would be obvious. Conspiracy theorist Caitlin Johnstone has a different takeaway. "If it's okay for the CIA to continuously interfere in the elections of other countries up to and including modern times, it is okay for other countries to interfere in theirs," she argues. The CIA committed numerous atrocities and spread misery across the world; ergo, no one can complain when Russia does the same thing to the United States.

Johnstone writes as if the sins of the CIA were also the sins of the American people. If Putin helped Trump get elected, that's tit for tat given America's Cold War espionage. But America's Cold War espionage in Indonesia didn't hurt Putin. It hurt hundreds of thousands of innocent people. Similarly, the people harmed by Trump's rise to power aren't CIA spooks. They're immigrants targeted by an out-of-control ICE, and Puerto Ricans abandoned by a president whose racist administration refuses to take disaster relief seriously when the victims are people of color. And there are South Koreans who will bear the brunt of any ill-considered Trump military operations on the Korean peninsula.

American meddling abroad isn't bad because it violated some sort of arbitrary rulebook. It's bad because it causes unnecessary death and hardship. Similarly, Russian efforts to undermine American democracy aren't a problem because Russians aren't supposed to meddle in America. They're a problem because when democracy slides towards authoritarianism and fascism, real people suffer.

America is a world power, with vast resources and a dangerous nuclear arsenal. America’s often used that power for evil. Despite this record, there’s no reason to assume that things can't get worse. An America without any democratic controls on racism at home or imperialism abroad—without a press free to report on atrocities like Abu Ghraib, for example— is a terrifying prospect.

We don't yet know whether Putin colluded with Trump, or the full extent of Russian election involvement. But to suggest that such election tampering would be morally neutral is to say that violence over here is irrelevant because there has been violence over there at some point in the past. That's not anti-imperialist or anti-colonialist. It's simply indulging in ghoulish revenge fantasies—and using piles of dead bodies to justify heaping those corpses ever higher.

Johnstone is widely considered a joke. But she's not the only person on the left who flirts with the logic of whataboutism. U.S. imperialism has a vicious history. But that isn't going to be corrected by a slide into fascism. The US is authoritarian enough. If it becomes more, Putin may benefit, but the American people will not, and neither will the people of the world.