The Guilty vs. The Innocent

From guns to immigration, focus on bad guys. 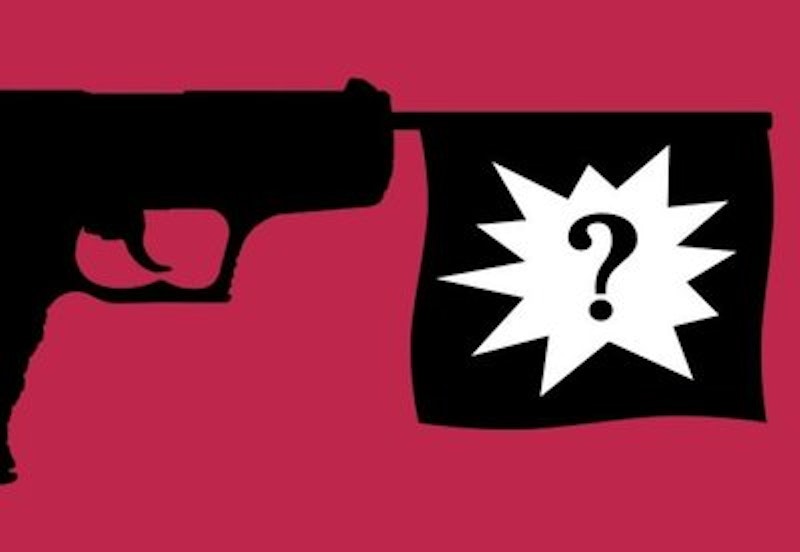 Lazy people avoid making fine-grained distinctions. It’s not so much that they discriminate (in the proper sense of the term) as that they fail to discriminate thoroughly enough—and so they toss broad categories of people into one batch, the good with the bad, the innocent with the guilty.

Even before you get into relatively technical, detailed questions like whether to carve up the world into parcels of property or have a government or any of that, you ought as a matter of basic justice to believe we should hold the guilty accountable, not the innocent. That’s the reason that something in any remotely modern, non-sociopathic mind recoils at stories of primitive cultures that still treat rape victims and rapists as equally implicated in wrongdoing.

We should also recoil at the idea of imposing regulations on 330 million Americans if we are at all capable of narrowing down the identity of wrongdoers.

In a nation with about 100 million gun-owners, virtually none of them involved in crime, you obviously shouldn’t start imposing new regulations upon all of them when your semi-functional legal system can’t even be bothered to impose no-gun restrictions at the sentencing stage on known violent criminals, doesn’t make much effort to punish those felons who are told they can’t have guns but carry them anyway, and ignores flashing warning signals from the friends, relatives, and psychological counselors of those planning to commit crimes.

In a country where roughly half of gun murders are gang-related and roughly the other half acquaintance-based personal grievances or robberies gone awry, you also don’t pick the rare and statistically insignificant phenomenon of psycho mass-murders around which to build gun laws for the entire nation (sorry if that sounds heartless, but do the math). And if you do decide to tackle a broader swath of the population, keep in mind, as noted above, how vast the number of peaceful gun owners is before you make wild, disparaging assertions about, say, the entire white gun-owning populace being the problem or exaggerating the size of the minuscule population of well-armed militia members.

And while we’re talking stats, for crying out loud don’t pretend that every instance of some dropout shooting his rival gang member a block from school constitutes “another school shooting like Florida.” Longstanding, commonplace forms of violence, while lamentable, don’t magically become part of the new pattern you’re currently most afraid of just because you gloss over the details.

Focus, in short. Indiscriminate rage is liable to turn you into someone resembling the idiots who responded to last week’s Florida high school mass-shooting by haranguing one dad for being a Trump supporter and thus, purportedly, part of the problem while he was out looking for his daughter after the shooting—and about to learn his daughter was one of the victims. I’m sure he’ll be in enough pain without your help, leftists, though I know sadists like you always think it’s worth getting in a few licks.

You enjoy power over people, so of course you delight in the idea of banning guns. Who cares whether your rage falls on the (rare) guilty or the (omnipresent) innocent? The more the merrier, for you. And you wouldn’t want to have to single anyone out or risk offending some gang subculture, of course, when you could go after the far bigger, softer target of “America in general,” which you kinda hate anyway, right?

The gun-grabbers aren’t the only sociopaths around, though. What else are we to call the anti-immigration activists these days, who, like a drunk making an apathetic sweep of the arm, shout “They all oughta get lost!” about populations containing only a handful of criminals or terrorists? “But even a few is too many,” the anti-immigrationists sometimes respond. Yet would you apply that thinking to the native U.S. population? Do you realize how many murderers and rapists the U.S. contains? Should we commence bombing runs on this entire troubled country? You might like that, but that doesn’t make it right.

I’m not oblivious to the fact that immigration can bring painful costs along with its myriad benefits. To minimize the former and reap the latter, though, how about just fighting for the simple, delightfully non-governmental rule: don’t subsidize, don’t deport. How hard is that? And it’s government-reducing on both ends. No welfare, no fascistic Border Patrol—a subset of the government that now gets to search people at will anywhere within 100 miles of the U.S. border, meaning all the cities where the majority of the U.S. population lives, by the way.

Or maybe, as I’m starting to worry, some of you anti-immigrationists simply enjoy the harsh side effects of overly broad policing. Maybe you chuckled with satisfaction over that doctor getting kicked out of the U.S. recently after 40 years of trouble-free residency. The longer we keep up the anti-immigration push, the more common that sort of incident is going to become. Happy?

And if you say you just want to avoid things like the crime upsurge in Sweden, I again say: focus more narrowly. How about eliminating the countless duties police now have in favor of the handful that matter? Instead of rounding up thousands of garment workers, catch that one arsonist. Instead of harassing a million agriculture workers, why not try catching two more murderers? You might find even the ornery populists were pretty happy with that tradeoff. Furthermore, why deport people when real crimes are committed? Violent and thieving offenders belong in jail, not repeatedly traipsing back and forth across the border, but to the old-fashioned and tribal conservative mind, exile seems like the ultimate punishment.

Keep up the current wall-building and deporting nonsense, and you’ll have me rooting for the Democrats to shut down government again. What’s not to like about a Democrat-induced shutdown, after all, at least by half-forgotten 20th-century conservative standards? Sticking up for the freedom to travel and inadvertently cutting off government spending for a few days to boot? Sounds win-win to my libertarian ears, though it’s getting hard to hear above the insane shouting from both right and left lately.

These days people would rather punish a wide swath of their perceived enemies than think carefully about nuanced, low-key solutions. Innumerable factors including many, many crazy people and lots of indirectly-routed foreign money influence every election, sometimes for the better, but now we’re badgered into believing Russian bots in general are always creepy and democracy-tainting. The recent #MeToo movement helped identify some specific alleged criminals, which is good, but some feminists would rather paint a broad target by holding a rally against all of “white womanhood” here in New York City, as if that’s going to send anyone a productive message.

And, obviously, century after century, stupid people condemn entire ethnic groups instead of focusing on the bad agents therein. Maybe a few white racists will be just a little less likely to do that after witnessing Black Panther’s half-billion-dollar haul in its first week at the box office. And maybe a few leftists who sweepingly claim that all cultural appropriation is bad—failing somehow to remember that virtually all of art is borrowed or influenced—will get buried by those half billion dollars and stay silent for good.

In the ensuing quiet, instead of issuing broad edicts, we can resume having nuanced conversations about which specific individuals display heroism or villainy. Only a nihilist or a lazy moron is indifferent to such distinctions.