She's an Islamist activist masquerading as a feminist. 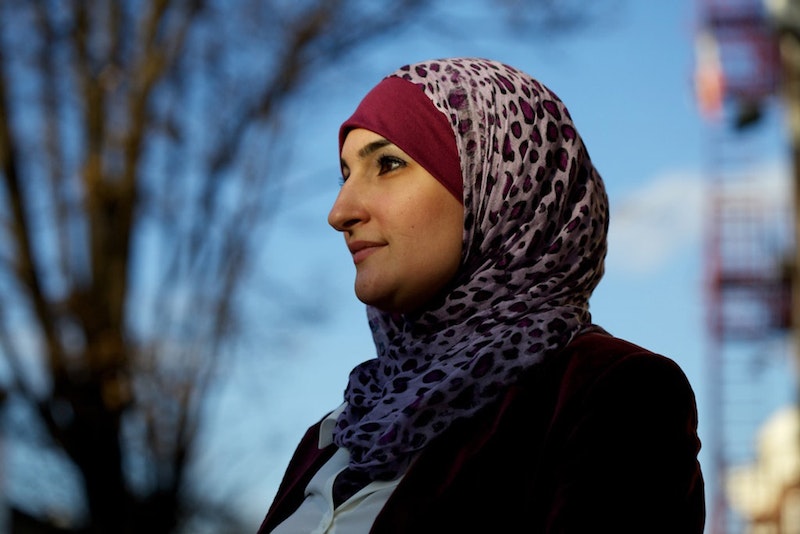 Muslim activist Linda Sarsour was one of four main organizers of the successful Women's March on Washington. She’s received negative press in the past, but now that her profile’s raised she’s under heavier scrutiny for her alleged ties to terrorism, affinity for Sharia law, and past statements. Her defenders claim the recent attacks on Sarsour are designed to discredit the march or an expression of Islamophobia. Her detractors feel she's an Islamist who’s trying to hijack a women's movement that Donald Trump's misogyny has helped revitalize.

The question now: Is Sarsour viciously and unfairly targeted because she's a Muslim, as some are saying, or is there legitimate cause for concern? Sarsour’s supporters are employing rallying cries like, “If you come for her, you come for us all,” but people can’t be asked to take important matters on faith. The best option is to take a close look at the background of the pro-Palestinian Muslim activist and make an objective assessment.

Religion’s involved, so tribalism kicks in, making objectivity difficult to achieve. When the religion in question is Islam, any criticism of its teachings or adherents automatically brings with it charges of Islamophobia. This is a strategy to neuter criticism of the religion, and it's effective. The mainstream media has a double standard on Islam, and has provided cover for Sarsour in the past. Those who rely on MSM for their news might believe the information that's coming out about Sarsour is fresh, when it's been out there all along. Just not on CNN or in The New York Times.

Sarsour is Executive Director of The Arab American Association of New York, linked with the terrorist-linked Muslim Brotherhood and the Qatar Foundation International, which has close connections with the Qatari government. U.S. Treasury Department terrorism-finance analyst Jonathan Schanzer has called Qatar “the ATM of the Muslim Brotherhood movement.”

A look at Sarsour’s Twitter account produces some unsettling results, such as: “Underwear bomber was the #CIA all along. Why did I already know that? Shame on us - scaring the American people.” The underwear bomber, Umar Farouk Abdulmutallab, was instructed on and given the means to blow a commercial airliner out of the sky by Al-Qaeda in the Arabian Peninsula, a Muslim terrorist organization. That's who’s scaring people.

Sarsour’s Twitter thoughts on Sharia law aren't encouraging either: “If you are still paying interest than (sic) Sharia Law hasn't taken over America. #justsaying,” “You'll know if you're living under Sharia Law when suddenly all your loans and credit cards are interest free. Sounds nice, doesn't it?” and “They don't know the 1st thing about Sharia Law. If they did, they'd all become Moozlums, haha. #GOP.”

An American-born Muslim lauding Sharia law taking over America is disturbing, and non-Muslims learning new things about Sharia law certainly doesn't make them want to convert to Islam, unless they like the idea that female rape victims are often treated as adulterers in Sharia courts, ending up imprisoned.

Appearing on MSNBC’s Rachel Maddow Show, Sarsour complained that 22 states had passed anti-Sharia laws, which she claimed prevented Muslims from practicing their faith. This statement indicates that she’d like to have Sharia enforced in the U.S. so that Muslims can fully practice their faith. She also told Maddow, referring to Muslims, that “kids are being executed,” an astounding statement that Maddow didn't even challenge, choosing instead to go off on a spiel of her own about rampant bigotry that served only to amplify Sarsour’s bizarre remarks.

As part of the effort to defend Sarsour, the Twitter hashtag #IMarchWithLinda has started. Many are using it to express their unqualified support for the pro-Saudi Arabia activist, though it's unclear if they've examined any evidence against her. You have to wonder why feminists would embrace a woman who thinks Saudi Arabia is a paradise for women, as Sarsour indicated in this tweet: “10 weeks of PAID maternity leave in Saudi Arabia. Yes PAID. And he worried about women driving. Puts us to shame.”

Sarsour has been described as a tireless, selfless activist, probably true, but it's not for the cause of American women. There's a reason she publicly compares what’s happened to Muslims in the U.S. to what blacks endured under slavery, as absurd as the comparison is. There's also a reason so many hijabs—a worldwide symbol of female oppression imposed by men—were visible at the Women's March on Washington, some of them made from the American flag. Linda Sarsour would have you believe that Muslim women wearing the hijab are the real “true” Muslims. She also says any criticism of radical Islam is an attack on Muslims in general. She skillfully plays up her Brooklyn accent as if to say she's just a regular American, but she's not. Her ideas are far from American. They're much more at home in places like Saudi Arabia, Qatar, and Iran. If the women's movement allows her to continue as a leader, they’ve welcomed a fraud.