Despite what Matthew Yglesias thinks. 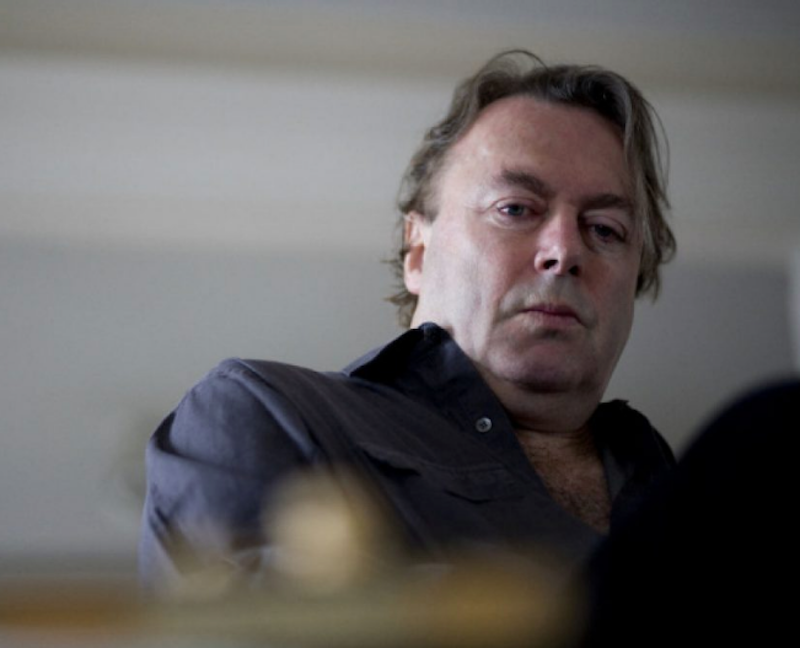 Had Christopher Hitchens lived to see the 2016 presidential election, Matthew Yglesias thinks he would’ve been “loudly pro-Trump.” Here’s what he tweeted to his 384,000 followers a couple of months ago: “I sometimes think about how annoying Christopher Hitchens’ ‘contrarian’ pro-Trump columns would be if he were still alive.” While I’m reluctant to speculate about the opinions of people who can’t defend or explain themselves, I’ll say this much: don’t waste your time wondering if Yglesias was right. By posting that tweet, he casually disgraced the memory of a man who spent his entire life defending principles that Trump has been trampling since he took office: from free expression to internationalism.

Perhaps Yglesias is one of many people who thought Hitchens betrayed his principles and lurched rightward when he resigned from The Nation after 9/11 and started criticizing the “Chomsky-Zinn-Finkelstein quarter” on U.S. foreign policy. For most of his critics, this perception was cemented when he endorsed the 2003 invasion of Iraq.

How this would translate into support for Trump escapes me. During an August 2016 speech about U.S. foreign policy and terrorism in Youngstown, Ohio, Trump said the Iraq War was “for nothing” and “all of the reasons for the war were blatantly wrong” (even though he thought it was worth fighting in 2003). He also explained how he’d have prosecuted the war: “I was saying this constantly and to whoever would listen: keep the oil, keep the oil, keep the oil, I said—don’t let someone else get it.” Hitchens would’ve been disgusted by everything you just read—from Trump’s insistence that the removal of Saddam Hussein was a waste of time to his refusal to accept responsibility for what he said about the war in 2003 to his argument that the United States should have plundered Iraq’s oil reserves at gunpoint (naked imperialism, in other words).

It isn’t difficult to imagine what Hitchens would have said about Trump’s “good chemistry” with Abdel Fattah el-Sisi—a “fantastic guy” who ordered the slaughter of more than 800 Egyptian civilians when he was the country’s defense minister in 2013. Or what he’d have thought about Secretary of State Rex Tillerson’s argument that values like “freedom” and “human dignity” are sometimes obstacles to our “national security goals or our national security interests.” Or his reaction to Trump’s historically illiterate praise for Saddam Hussein: “You know what he did well? He killed terrorists. He did that so good.” (He actually subsidized terror from Palestine to Rome.)

Trump’s insularity is always on display: He thinks the Paris Climate Accord was really just a plot to undermine and “demean” American workers, he wants to turn NATO into a protection racket (and still vacillates on his commitment to Article 5), and believes the erection of tariffs and other trade barriers will lead to economic prosperity. He lives in a zero-sum world of “winners” and “losers,” which is why he always privileges coercion and intimidation over international cooperation and respect. It’s also why he constantly exploits our worst nativist impulses: Mexican “rapists” are infiltrating our country, thousands of Muslims were “cheering” on 9/11, our trading partners who are trying to rob and cripple American workers, etc.

And what about Trump’s inability to criticize Vladimir Putin—a man Hitchens described as the “KGB weasel” in charge of a “revanchist,” “expansionist,” and “chauvinist” Russia? In case you’re wondering what Hitchens might’ve said about Russia’s involvement in Ukraine, here’s a point he made about the poisoning of Viktor Yushchenko, the main opposition candidate who ran against Viktor Yanukovych in 2004: “Mr. Putin intervened outrageously in the attempt of the people of Ukraine to make a self-determined government of their own… I do not believe anyone in the Ukrainian KGB would have dared to try to poison the opposition leader if they thought the Russians didn’t know or might disapprove.”

Considering how suspicious Hitchens was of Russia’s attempt to subvert Ukrainian democracy, does Yglesias think he would’ve had nothing to say about Putin’s interference in the U.S. election in 2016? Or the president who refuses to acknowledge it?

Does Yglesias think the author of God Is Not Great: How Religion Poisons Everything would’ve ignored Vice President Mike Pence’s hyper-religiosity? Or Trump’s cynical appeals to American Christians? Does he think the man who wrote an article headlined “Believe Me, It’s Torture” about waterboarding would’ve forgiven Trump’s promise to “bring back a hell of a lot worse than waterboarding”? Does he think Hitchens would’ve backed Trump’s endorsement of Roy Moore? If you don’t know what Hitchens would’ve said as flocks of Alabama evangelicals came bleating to a sexual predator’s defense during the special election, you haven’t read him.

Hitchens considered himself a “free speech absolutist.” He described reading, writing, and public speaking as “what I am, who I am, what I love.” He never would’ve defended a man who only favors free speech when it comes in the form of groveling praise—a bullying, ignorant narcissist who bans newspapers from his rallies and threatens to revoke the broadcasting licenses of news organizations that run negative stories about him.

Hitchens knew journalists and dissidents who were imprisoned or killed for telling the truth, and he would’ve noticed when dictators started using the words “fake news.” He understood that the First Amendment is our bulwark against tyranny. He wouldn’t have ignored and forgotten all of this to annoy a few liberals.

After Yglesias received some criticism for his tweet, he posted a follow-up: “The Hitch stans trying to convince themselves that he wouldn’t have been loudly pro-Trump are funny.” Here’s what isn’t funny: the sordid spectacle of a guy trying to malign the reputation of a writer he knows nothing about.