Why Ted Cruz Is Going to Be the Republican Nominee 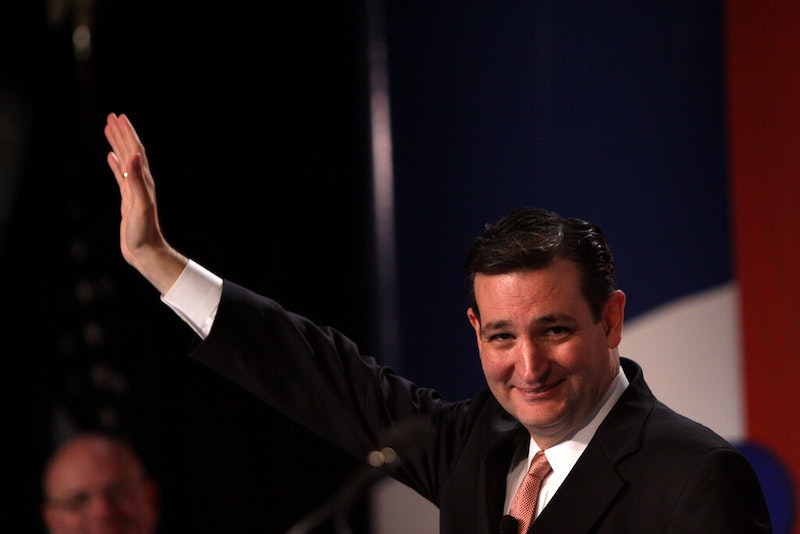 Donald Trump did not self-destruct on the runway. Instead he won his party’s first presidential primary. Yet he’s destined to turn into flaming wreckage. His self-control during the campaign season has been occasionally heroic but mainly intermittent. His leaky propane tank of a personality is bound to detonate. But when he turns into flaming wreckage, it will be after a good run as the guy with the best apparent shot at being the Republican nominee: all those months with the polls, and then New Hampshire plus more. When he huffs out of the party and runs on his own, he will declare many times that the guy who wins New Hampshire is supposed to get nominated, and that therefore he’s been cheated.

But the big problem is that Kasich is Mr. Hugs. Last night he told his supporters about the sharing and hugging at his town hall meetings. During the weekend’s debate in Manchester, he used the word “plead” as if it were a good thing. “Look, do you know how hard it was to get the balance, the federal budget balanced?” Kasich asked. “You have to plead with people. To do what we’ve done in Ohio, you have to plead with people, then you go back down to Washington and do the same thing.” Republicans don’t nominate people who want to be president so they can plead.

Losers. Debates really do affect primaries. Marco Rubio screwed up on Saturday night, and on Tuesday night he flopped. He has no chance now in South Carolina. If he wants to come into Florida, his home state, with evidence that he can win a presidential contest, he had better hustle like crazy in Hawaii, Minnesota or Massachusetts. No win in at least one state somewhere will mean no win in Florida, which will mean Rubio's death as a candidate. Of course, Jeb Bush faces the same situation. One assumes he’ll be dogging Rubio in the schedule's less crazy states, and Bush can say that at least he won a couple of delegates in New Hampshire. Rubio won zero.

Chris Christie screwed himself bad during Sandy. This is a favorite theory of mine: that Christie fouled his name permanently when he helped Obama look good just before the 2012 vote. The footage of the Governor and the President touring New Jersey’s storm damage will always flash before the base’s eyes. Admittedly I have no evidence for this belief, except that Christie has been a political star for half a decade and there’s workmanlike Kasich beating him in the establishment lane. Christie gored Rubio in Saturday’s debate, crippled the boy’s career as a national contender. But Christie didn’t move up, Kasich did. Christie is too scary for New Hampshire’s independents—his eyes burn—but he’s damned in the sight of his party’s blood drinkers. He has nowhere to go.

Trump! Outtake from last night: “Toughed it out. Toughed it out. You gotta hang in there! Said I couldn’t, they… Hey, you made me work, New Hampshire! Man, you had me trying so hard. All right? But I hung in there. Gotta do that. You know, I’m tough. It’s something about… I don’t know. It’s me, I can take… It’s something about me. I can take all the, that garbage, and the… all that crap. And pile it on, all right? Pile it on. But I can take it. I mean, it’s just incredible what I went through, all of them saying… Unbelievable. Okay? But, New Hampshire, you love me! I worked for it and now you love me and I got you. They said I couldn’t. But you gotta tough it out.”

No, he didn’t say any of that. Instead Trump called off names of family members, like he was a human being and not a land-traveling ego dirigible. His self-discipline held for another night.