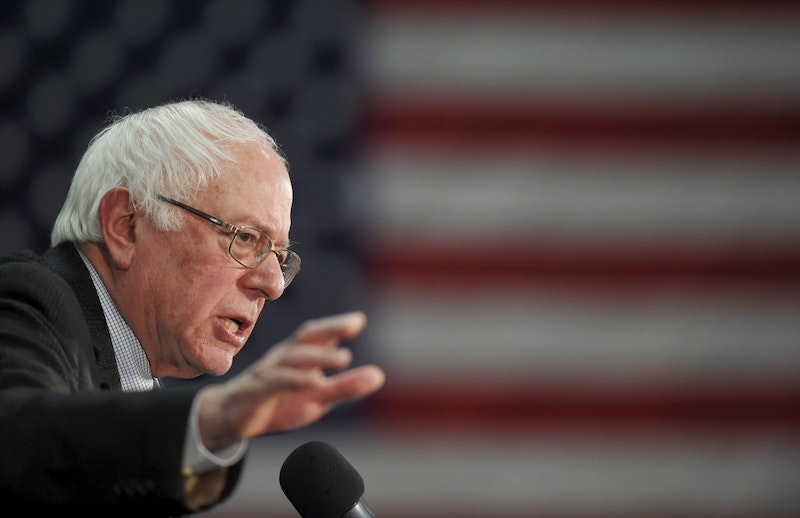 Bill Clinton received terrible grief in 2008 when he suggested that Barack Obama had won the South Carolina primary because it was a black state. This year many people have suggested that his wife will win South Carolina because of the black vote. She’s a Clinton, and black voters tend to support any Clinton who isn’t actually running against a black candidate. Bernie Sanders is non-black. Hence, South Carolina is likely to save Hillary Clinton. At any rate, it had better.

Back in mid-summer I wrote a piece about what might happen if Bernie Sanders won Iowa and New Hampshire. I felt pretty daring, but it had occurred to me that caucus-going is a pain, so true believers are more likely to show up, and that backers of a socialist insurgent are going to be true believers. I also had the flash that New Hampshire is next to Vermont, which is Sanders’ state, and that voters in his state like him a great deal. Maybe the neighbors would too. It was quite thinkable that Sanders might win the first two contests, the ones that are supposed to mark a candidate off as frontrunner.

Boy, I was right about so much. If Bernie didn’t win Iowa, nobody is sure that he lost. And he won New Hampshire like crazy. So far the voters of 2016 have given Hillary Clinton no proof that she’s the candidate able to draw support. Instead they’ve given it to Bernie, and that’s the situation I was forecasting back in August.

On the other hand, it looks like I was wrong about something big. It’s at the end of the following sentence: “I think the nomination will still go to Hillary: money will tell.” Now I’m not so sure money will make the difference. At the start of the year Sanders had $28.3 million on hand. Then, just in January, his campaign reported raising another $20 million. His contributions are small dollar; if they really average $27, as he says, his typical contributor can give 99 more times before maxing out. Meanwhile, Hillary has been raising a bit more than Sanders but in bigger donations. Her donors will start hitting their legal limit and she’ll have to forage like crazy. Super-PAC dollars can still come in, but this year Democratic voters may be in no mood to see TV ads paid for by super-PACs.

If Hillary Clinton survives, the key may not be money. Chris Christie, of all people, makes the case best. “If Bernie can’t beat Hillary in Iowa, where there are nothing but white liberal people, he ain’t winning anyplace else,” the New Jersey governor told a Republican crowd in New Hampshire. “He may win here Tuesday, but you’re getting Hillary Clinton on the Democratic side, because Bernie Sanders—maybe Minnesota, you know, Wisconsin, you know. Maybe a couple of those places, Bernie Sanders might win in those places, also places filled with really good liberal white people. But other than that, all this—you know it’s true, right? Come on. It’s true. Hillary Clinton is going to win this nomination.”