Why Politics Will Always Be Messy

Because some people are assholes. 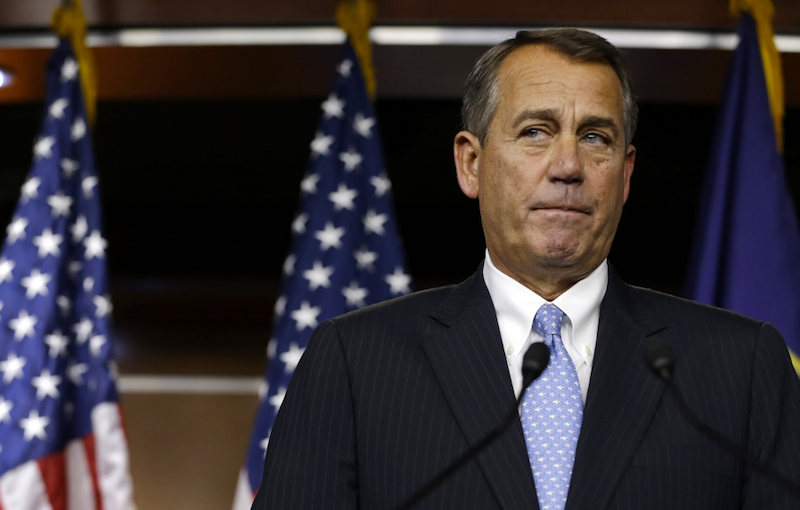 You just can't argue with some folks. You know the type, the breed. It isn't simply that they're perpetually right, but that they take pleasure—no, they relish—in spitting on common ground and taking the polar opposite position on any given issue. Why? To spite you. To make an abstract point. Because they can. Because they feel misunderstood and oppressed and scorned. Because they get off on the idea of stabbing a shaking, gnawed fingernail at those who, to their reckoning, either forbid them to do or say something in particular or insist that they do or say something in particular. Back when I was a newspaper reporter on Maryland’s Eastern Shore—Caroline County, love it or leave it—I worked with a older lady, the advertising manager, who described this mental condition as "being contrary"; she was referring to children's stubbornness generally, but the phrase is just as equally transferable to grown-ass adults.

No, this diagnosis isn't endemic to any particular political party; it's endemic to our species. It's a desperation or insistence to rock the boat, upset the established order, question authority, wander barefoot into Applebee's because no one has the right to question that. It's decrying science that's been proved beyond the point of argument and getting into a shouting match with taciturn orderlies when you're chain-smoking on hospital grounds right in front of a huge sign that states, in no uncertain terms, that you aren't allowed to smoke on hospital grounds. It's embracing myth and falsehood as gospel and extrapolating received character assassinations far beyond the point of possible believability. It's throwing a swear word into conversation at work, in mixed company, and refusing to apologize. It's magical thinking, daydreaming narcissistic-ally through a fantasy world where sentience grants anyone and everyone the right to do whatever they please regardless of the effects those actions may have on other people. It is, above all else, saying "NO!" with fervor through a megaphone the size of a turkey buzzard, and daring everyone within earshot to rebut them or die trying. It's being a jerk because you can.

What does this have to do with modern politics? Everything. Once upon a time, the contrary occupied the ideological fringes, and those closer to the center got to govern without having to care much about what the contrary thought about stuff. Today, somehow, the contrary are roaming the halls of Congress, blustering and filibustering and telling one another to go fuck themselves and high-fiving the lunatic fringes by not quite bothering to try to talk them down from their batshit rhetorical ledges—taking an unholy, unabashed delight in calling attention to their own churlishness while the world smolders, soon to burn.