A lame-duck governor is merely wishful thinking on the part of Republicans and other political adversaries. 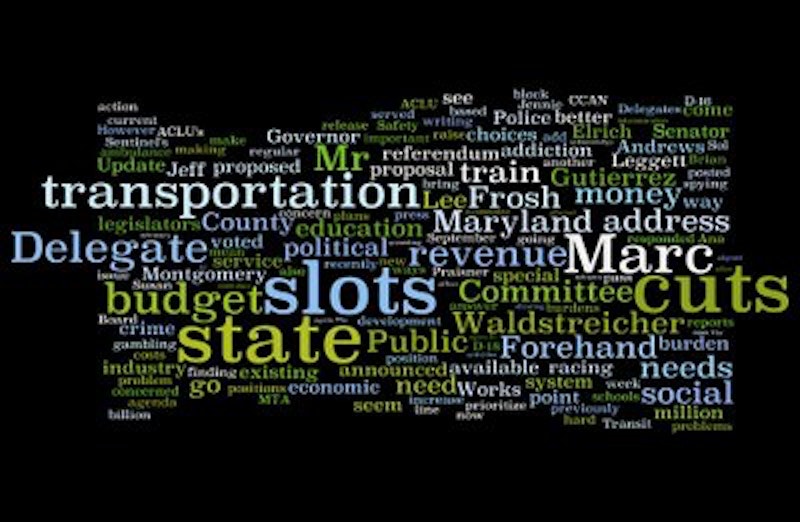 Whenever Maryland’s General Assembly meets, politics and programs are supposed to converge to form policy. With familiar money and social issues behind it, what appears at first to be an easy 90 days at the State House office could turn out to be a rough-and-tumble session over a fresh look at old and divisive issues. But this is the year to get the tough stuff out of the way because of a change in the election calendar.

Same-sex marriage, Maryland’s version of the Dream Act and expanded gambling are finished business and now on the books. And for the first time in years, legislators won’t be concerned about the structural deficit because an unanticipated surplus will wipe out a large chunk of it and eventually the chronic gap will disappear.

And in 2014, the primary election will shift from September back to June, forcing the legislative session and re-election campaigns to virtually overlap at a time when lawmakers want to avoid controversy and complex legislation. There will be only six months between the opening gavel and election day. And there is, too, the question of how much time in the spotlight Gov. Martin O’Malley (D) will delegate to his second in command and designated successor, Lt. Gov. Anthony Brown (D), who’s revving up his campaign for governor.

In the dance of legislation, every session has a rhythm and pace all of its own. No two sessions are alike. Nothing sends legislators’ tempers into the red zone like gun control legislation. In the aftermath of last month’s Newtown, Conn., massacre of 20 school children and six adults, O’Malley has promised to strengthen Maryland’s gun control laws as well as to consider mental health regulations as they deal with gun ownership and purchases. In another case of echolalia, much of the program appears to parallel what is anticipated to occur in Washington following President Obama’s state of the union address. Maryland usually responds to the first ripples from the nation’s capital.

The public is in an unforgiving mood, the NRA be damned. O’Malley’s package will no doubt include a ban on the sale of assault weapons. On that point of clamor, he is backed up by a group of liberal legislators, led by Sen. Brian Frosh (D-Mont), that will advance legislation of their own and probably merge into a co-sponsorship with the governor’s. And a task force appointed by the General Assembly has proposed regulations that could lead to the confiscation of weapons in the possession of mentally ill persons or those who issue threats.

The death penalty in Maryland is another issue that reappears regularly but remains on the books even though it is effectively suspended and hasn’t been used since the administration of Republican Robert L. Ehrlich Jr. nearly a decade ago. Five men remain on death row.

O’Malley is under pressure from the NAACP as well as religious organizations, especially the Roman Catholic Church, to use the coiled fist of his office to abolish the law once and for all which he would like if he can accomplish it. Senate President Thomas V. Mike Miller (D-Calvert/Prince George’s), who supports capital punishment, has said he will allow a Senate vote on the issue only if O’Malley has the votes to repeal the law. Bills to repeal the death penalty have been stuck in the Senate Judicial Proceedings Committee over the years by a single negative vote.

Maryland’s transportation fund is just about broke and several big ticket items, whether necessary or simply desirable, are begging for funding. Last year, O’Malley floated the idea of adding the state’s six percent sales tax to a gallon of gas but the idea fell flat. This year, Maryland’s major subdivisions are pressuring the governor to replenish the transportation fund with a tax hike on gasoline.

Montgomery and Prince George’s counties are pressing to fund the $2 billion Purple Line that would connect the two counties, as well as other projects, and Baltimore City wants funding for the $2.2 billion Red Line that would run 14 miles from Woodlawn east to the Johns Hopkins Hospital Bayview complex. A study by the Department of Legislative Services has raised doubts about the financial practicality of both projects.

Two questions remain: Will O’Malley sponsor a gas tax increase and what form will it take? The gas tax hasn’t been raised since 1992 when it was set at 23.5 cents a gallon. Support from local delegations could help ease the way for what appears to be a tough sell of an increase at a time when the price at the pump is expected to rise as they did last year when the hike was rejected. The city will also seek millions in state funding to repair and replace its dilapidated network of schools.

Rounding out the top issues, O’Malley is likely to take a third turn at attempting to establish Maryland in the wind energy business. His previous efforts to provide incentives for the industry have failed. O’Malley has also ruminated publicly about tightening the procedures for petitioning issues to referendum following last year’s multiple ballot exercise resembling a plebiscite form of government.

And let us not forget that while it may not be on the governor’s agenda, a study commission has recommended that campaign contribution limits be raised—just in time for the 2014 elections. The commission recommended that the current limits of $4000 to a single campaign and an overall limit of $10,000 per election cycle be increased to new limits of $7000 per campaign and $25,000 overall. The current limits haven’t changed since 1991.

The commission also recommended closing the loophole that allows multiple contributions through individual business entities. (It should be noted that the fundraising base in Maryland has been greatly broadened through the expansion of gambling and the addition of another major casino. Gambling interests have demonstrated their willingness to spend generously to get their way.)

With only two years left in his two-term limit, O’Malley, in the minds of some, could be considered technically a lame duck with little political capital left in his grab bag of persuaders. But in a one-party state, where Democrats have total control over the apparatus of government, a lame-duck governor is merely wishful thinking on the part of Republicans and other political adversaries.

And O’Malley’s presidential ambitions could wind up being a figment of the media’s constant quest for a horse race. Secretary of State Hillary Clinton’s stock is soaring and Vice President Joe Biden’s is rising, although both are advancing in age compared to the youthful O’Malley and other prospective candidates. At the same time, O’Malley’s name may begin to fade as he has relinquished the chairmanship of the Democratic Governors’ Association and could be in less demand on the weekend TV talk shows.

O’Malley has lost several key people as the end nears and they have headed for lobbying shops and the wonderful world of money in the private sector. Among those who’ve departed is Joseph C. Bryce, O’Malley’s chief lobbyist and enforcer as well as the consummate insider, who was well regarded by members of the General Assembly and the architect of much of the Governor’s legislative strategy.

Another person O’Malley has relied on is his understudy, Brown, who has undertaken several major assignments such as the base realignment study and the implementation of the health care exchanges. O’Malley has made no secret that he wants Brown to succeed him. He has sent fundraising letters on Brown’s behalf and the Brown campaign employs the same fundraiser as O’Malley.

O’Malley has an experienced and effective political organization that has proven itself in his two campaigns for governor as well as on difficult ballot questions. It may be at Brown’s disposal, but in the catchpenny world of politics Brown will have to earn the organization rather than simply inherit it.

So the 2013 session, which normally could be considered a stroll in the park, might become a contentious affair more by circumstance than design because of outside forces rather than any agitation within the State House.