Republicans Are No More Courageous Than Democrats 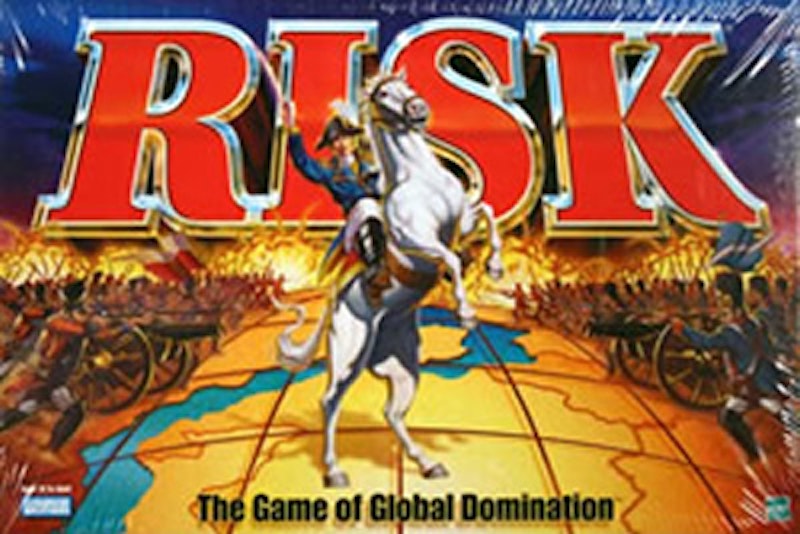 Somewhere along the line there in the will-they, won't-they, please-somebody-kick-them-kick-them-all shenanigans of the fiscal cliff, New York Times columnist Ross Douthat tweeted a message that, like most tweets about the fiscal cliff, dripped with frustration. He noted that Senate Democrats "don't want to do, well, anything that carries even tiny risk."

Douthat isn't exactly wrong. Or, to be more precise, he's so thoroughly right that it starts to twist around into wrongness. Yes, Senate Democrats don't want to take any risks. No politician wants to take any risks. Batman is known to call criminals a superstitious, cowardly lot, but they don't have anything on politicians. In the last election, Mitt Romney studiously reversed himself on every single thing he'd ever stood for, and did it with a smile. Barack Obama didn't go quite that far, but he did shamelessly attack Romney for being anti-coal, though I'd bet that Obama thinks that burning huge amounts of coal forever is a bad idea. This, then, is what you expect from a politician: shameless, constant, eager, embarrassing betrayals of anything and everything they believe in at the behest of a collection of random strangers.

Of course, as Douthat indicates, spinelessness is usually supposed to be a special attribute of Congressional Democrats. The general story is that Republicans are pathologically rigid nutcases who refuse to compromise, while Democrats are vacillating masses of gelatin who abandon their principles at the first whisper of conflict. Romney, supposedly, was an aberration—a Democrat-like Republican, and the exception that proved that the rule is Santorum or Gingrich or Bachmann.

I don't think this is right. The issue isn't that Democrats are cowardly and Republicans are too foolhardily courageous. They're all cowards. They're just afraid of different things. Specifically, Democrats are scared of losing in general elections. They don't want to cut popular programs like Medicare or Social Security, for example, because those programs are really popular. They don't want to cut defense spending, because they worry that somebody somewhere will say they're weak, and then where will they be? They don't want to take any risks, because risks lose you votes, and they don't want to lose any votes. So Obama waited until he was really, really sure that supporting gay marriage wouldn't hurt him. He's still not willing to support medical marijuana, though he smoked quite a bit himself at one point, and public opinion has shifted quite solidly against the drug war. And then there's gun control, which I don't really have the heart to talk about, honestly.

So what about the Republicans? They act as if they're not afraid to lose general elections, what with sinking the Dream Act and babbling about legitimate rape and threatening to send the world into a massive economic meltdown every year or so. And indeed, they aren't afraid of losing general elections—not because they're brave, but because they're terrified, most of all, of losing primaries. If they raise taxes, if they don't cut Social Security, if they do cut Social Security, if they compromise with Obama, or are seen in the same room as Obama, or if they hear the name Obama without ritually cleansing themselves with a pint of Grover Norquist's phlegm—if they do any of that, they'll be Dick Lugared.

All that dicking around lost the Republicans a safe Senate seat in Indiana. That's (one) reason that it's dysfunctional for a party's sitting politicians to be terrified of their own primary process. But dysfunctional or not, the point is that the terror is not courage. The Republicans are just as scared as the Democrats. The ongoing gridlock is not caused by GOP firmness on principle, but by the quivering, bowel-loosening fear that if they think for themselves for an instant, they'll be out of a job.