The New York Times continues its march into niche territory. 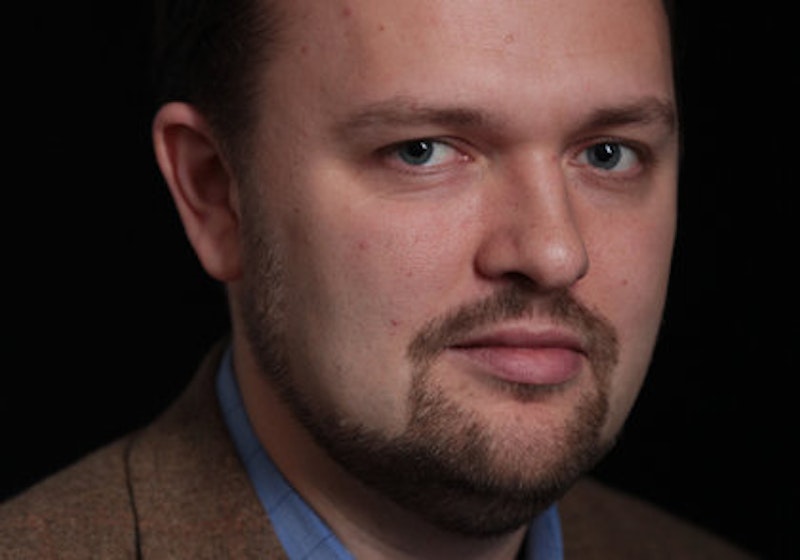 I was inclined to give New York Times op-ed columnist Ross Douthat a pass for his infuriating and condescending essay of Dec. 30, “How to Read in 2013,” mostly because just a week earlier he wrote the single best opinion about the fiscal cliff, a stinger that indicted all the dithering politicians and partisan headline-grabbers (Michael Bloomberg and Wayne LaPierre) who’ve contributed to the completely unnecessary stalemate on meaningful economic policy. But Douthat, usually a reasonable pundit and certainly the most tolerable on the Times roster (raise your hands if you’ve read Maureen Dowd, David Brooks, Thomas Friedman or Gail Collins recently), pulled the equivalent of Matt Cain tossing a two-hit shutout one day and then getting bombed in his next start by giving up eight runs in two innings.

Yes, it’s the slowest week of the year, and most Americans have tuned out the media more than usual, but Douthat, impersonating a film/music/book critic who writes solely for his or her colleagues, betrays his common sense by offering a ridiculous primer on what political material to read in the upcoming year. It’s possible that Douthat’s op-ed was a spoof, and that the subtlety of his humor escaped me, but as he’s flashed no funny bone in the past, I don’t think that’s the case.

Douthat begins by celebrating the lack of a national political campaign in 2013: “This means that for a blessed 365 days you can be a well-informed and responsible American citizen without reading every single article on Politico, without hitting refresh every 30 seconds on your polling-average site of choice, without channel-hopping between Chris Matthews’s hyperventilating and Dick Morris’s promises of an inevitable Republican landslide.”

Let’s start by reminding Douthat that a minuscule number of well-informed and responsible American citizens devour the content of Politico every day and that for most people Dick Morris is the answer to a trivia question about the 1990s. Second, since it’s clear Douthat is scolding his Beltway/NYC brethren, it’d be more honest to admit that most of those reporters and pundits, protestations notwithstanding, are lost without a campaign to analyze and speculate upon and relish those polls that are released with annoying frequency. Then Douthat suggests that his “faithful readers” expand their horizons and “consider taking out a subscription [print or digital] to a magazine whose politics you don’t share.” So, if you’re right of center, Douthat says, read The New Republic; if you’re left of center, follow any number of outstanding writers in The Weekly Standard. Okay, I like Walter Kirn and Andrew Ferguson too.

Maybe I’m naïve, but one expects that anyone serious about politics, either as writer or, pardon me, “news junkie,” has always followed this course. I understand that as a result of print’s decline and the unfortunate increase of political websites available online it’s said that consumers seek out only those organs whose opinions they share, both for saving time and simply feeling nifty about themselves. But I believe that’s overstated: for example, it’s still inconceivable that any well-informed reader wouldn’t, at least in passing, complement The New York Times with The Wall Street Journal, or The Nation with The National Review. Television’s a different animal, and since I stopped watching the political shows years ago, I don’t really have a clue about channel-surfing, but in this case I imagine that MSNBC viewers never, ever, sully their eyesight with Fox, and vice versa.

I’m part of Douthat’s extremely limited demographic addressed in his column, and regularly read the dailies mentioned above, as well as The New Criterion, TNR, The Nation, Reason, Weekly Standard and The New Yorker, among others, and don’t believe this is at all unusual.

And there’s this sentence of Douthat that really rankles: “For a little while, at least, let gridlock take care of itself, shake yourself free of the toils of partisanship, and let your mind rove more widely and freely than the onslaught of 2014 and 2016 coverage will allow.” This is ludicrous: the “gridlock” in Washington really does affect most Americans, and I don’t know many people, whether or not they’re consumed by pure politics, who aren’t anxiously hoping for some sort of settlement on the fiscal cliff. It has nothing do with reading habits, but instead is all about the possibility of another recession, a blitz of layoffs by nervous business owners and executives, the prospect of higher taxes for almost everyone and the continuing complications of Obamacare.

Douthat, who so expertly outlined the consequences of presidential and Congressional inaction just a week ago, knows better. He should’ve taken the week off.