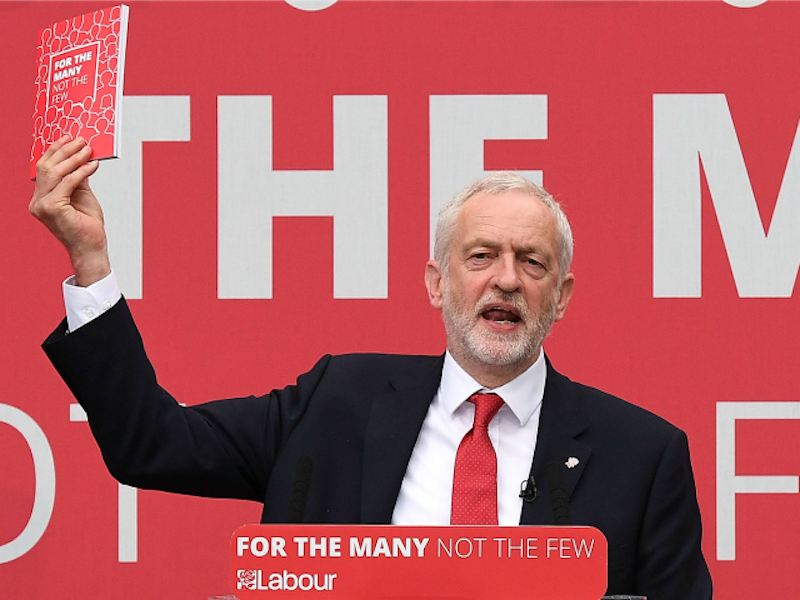 Like many, I dismissed Jeremy Corbyn as a socialist fool. There was no way I could vote for him as Prime Minister: he seemed ineffectual and weak. When Theresa May announced the snap election in April, I was looking forward to seeing Labour (riddled with anti-Semitism and crippled by in-fighting) wiped off the political map.

I’m pessimistic about Brexit. A year on and I fail to see the case for Leave believing that the result reflected not a nuanced response to a hugely complex issue but a majority of “low influence” voters thumbing the nose to the political establishment, consequences be damned. “Brexit is the defining issue of the election,” May repeatedly said throughout the Conservative election campaign, and initially I believed that the Tories were the only sane choice to lead Britain through divorce proceedings from the EU.

A combination of the un-costed, lackluster Conservative manifesto, including a cruel “Dementia Tax,” the removal of free school lunches for primary school children, and May’s cowardly refusal to attend public debates, made me think twice. Where she once appeared serious and driven, she now comes across as flustered and confused. Corbyn, suddenly having his moment, has appeared on TV calm, passionate, and prepared, drawing massive crowds to his campaign tour. And the Labour manifesto, apparently fully-costed, outlines a utopian vision for Britain that has offered millions of people hope. After reading it, I switched allegiance and tweeted Nick Cohen, The Guardian political commentator who has written extensively on the demise of the left.

“Is there a chance Labour can win?” I asked. His response was short and to the point: “No. Next!”

But that was a couple of weeks ago. After the BBC debate, (Home Secretary Amber Rudd filled in for the Conservatives) where Corbyn attacked Rudd on “conscious decisions” the Tories have made on welfare: “Have you been to a food bank? Have you seen people sleeping around our stations?” a YouGov poll saw the Tory lead over Labour fall to just three points.

It’s been a disastrous campaign for the Tories. May called the election to strengthen her majority in the House of Commons and it now looks as though she will lose seats, if not lose altogether to Labour by a slim margin (although still unlikely as of this writing).

I’m not entirely convinced by Labour’s manifesto. The increase in the Corporation Tax to 26 percent, a 50 percent top rate of tax on earnings over £123,000 and the cutting of the 45 percent threshold from £150,000 to £80,000 means, in theory, that 95 percent of the population will see no increase in their taxes. This sounds wonderful for the working and lower middle classes, but has the potential to scare businesses abroad, especially given the Brexit negotiations, thereby losing potentially thousands of jobs and seeing unemployment and welfare claimants soar. It also seems, in theory, that reinstating university maintenance grants would be good for generations of children who wouldn’t have been able to afford further education. But the vast majority of teenagers who apply for university are middle class, so it raises the danger of supplying a financial cushion for those who will go onto earn more, on average, as graduates, despite already coming from privileged backgrounds and increasing the gap between rich and poor.

And there was one thing I admired in the Tory manifesto: Theresa May’s injection of two billion into Mental Health and the replacing of the (frankly punitive) Mental Health Act of 1983. May’s admirable aim to promote the parity of mental and physical illness and finally end the stigma that mental illness has in Britain, is something I can personally, as a long time bipolar sufferer, wholeheartedly endorse.

Another criticism of Corbyn that has played widely in the wake of the Manchester atrocity is his sympathetic links to terrorist organizations such as Hamas, Hezbollah, and the IRA. While this makes me uneasy, I contend that Corbyn is basically a peacenik. He said on Friday’s BBC Question Time that he would deal with the “imminent nuclear threat” by “deal(ing) with it earlier by negotiations” which did not go down well, but I believe he only showed empathy for these terrorist organizations in the hope of bringing about a diplomatic solution to the terror. In an interview with Sophy Ridge for Sky News, he was asked: “But you’re condemning all bombing, can you condemn the IRA?” He replied: “No, I think what you have to say is all bombing has to be condemned and you have to bring about a peace process… I condemn all the bombing by the loyalists and the IRA.”

The other huge question hanging over this election, again heightened by the Manchester bombing and Saturday’s London attacks, is the queasy topic of immigration. The fairly pointless UKIP, having achieved their primary aim of leaving Europe, are now pitching xenophobic immigration policies that would see net migration down to zero by the end of parliament, which of course would be catastrophic for the economy. The SNP representative at the BBC debate, Angus Robertson, summed it up best when he said, in response to UKIP’s Paul Nuttall stating “There is only one party which will reduce immigration”: “This debate shames and demeans us all. There’s no one from Cornwall to Caithness who doesn’t understand the positive role of migration.”

Labour will not set a cap on immigration, and I’m in favour of this. The Manchester bomber was British-born, after all, and I believe the former chief crown prosecutor (and Muslim) Nazir Afzal when he said in a recent interview with the Times: “Islam is about the individual. Islamism is about trying to enforce a form of Islam on others, including those who don’t believe in it. They pick on the weakest in society, to give them something to die for. I’d rather we gave them something to live for.”

Labour’s policy of holding on to the customs union and the single market (which the Tories would abandon) plays closer to my heart, as any policy that retains as much of the UK’s previous agreements with the EU are to our shared benefit. More disturbingly, I believe the massive police cuts implemented by May could’ve led directly to the recent terrorist attacks, as if we’d had more boots on the street, intelligence would’ve been far more comprehensive and lives could’ve been saved. Labour’s manifesto outlines a plan to hire 10,000 more police officers, and 3,000 more firefighters.

I’m voting Labour (my Labour constituency in Vauxhall won in 2015 by over 12,000 votes, so it’s relatively safe) as it’s not only my feeble way of protesting the rise of British nationalism, but also, May’s toadying to Donald Trump. I expect millions of “shy” Tories will prove decisive at the polling station, and the Conservatives to comfortably win, but as I am pro-Remain, anti-Brexit and anti-Trump, you can call my tentative endorsement of Jeremy Corbyn a protest vote.

—Andrew Moody’s debut novel Smoking Is Cool is out now.