Americans have nowhere to hide. 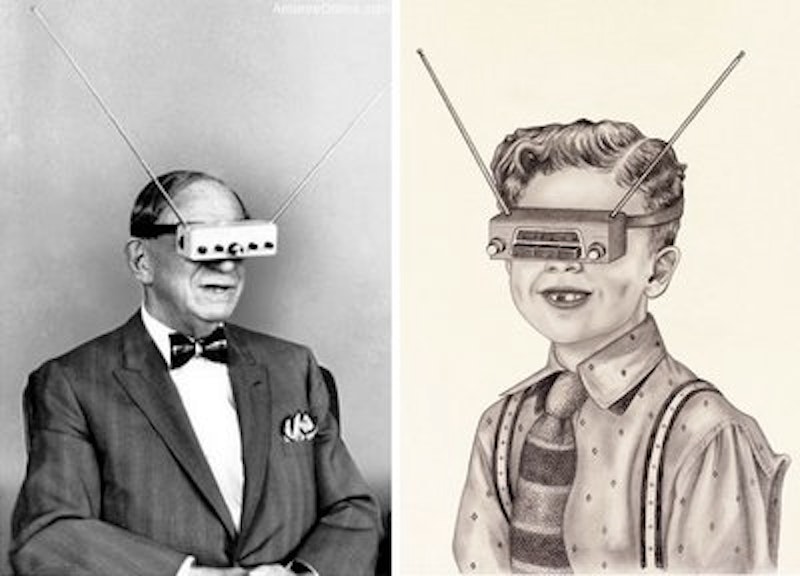 Our freedoms are slowly disappearing like a cheesy strip tease. The carrot dangling in front of our face is shriveled and rotten. We do the dance of the dollar, happily consuming electronic slop, and begging for more. Please, may we have more shiny shoddy products? Can we have more at the all-you-can-eat-buffet of consumer gluttony? We wallow in our buying power and Bluetooth techno savvy. The next best thing on the market is always on sale. I don’t know how we ever lived without it. We don’t care what it is but we’re damn well gonna scratch, claw, punch, kick, even kill to get it. Spending money we don’t have for things we don’t need. This herd mentality craving for cheap plastic trinkets consumes us. Obedient consumers of a material world. We lick the boot of capitalism.

As we’re glued to our cell phone screens we pursue time by how much money we have. Time is money. Now we’re monitored on what we buy. What we watch. The music we listen to. The books we read. What we eat. Social media monitors our likes. Banks keep track of our spending habits. Wi-Fi is a giant magnifying glass into our wallets and minds. We sold our souls when we entered our passcodes. Watching our every move is nothing new. During the 1950s Sen. Joe McCarthy became famous by keeping tabs on people with his Committee on Anti- American Activities. Writers, artists, and actors were blacklisted and shunned by the entertainment industry because they were labeled communists. They were considered traitors and unpatriotic, for speaking out against the U.S. government. Or for just knowing someone who was a card carrying member of the Communist party. They lost everything, jobs, families: guilt by association. Back then all they had were cameras, recorders and men who’d shadow your every move. With the technology available today, we supply all the information and all they need do is access it. Everything we do is out there.

The cold war never warmed up. Russia was, and still is to many, the evil empire. They supposedly reject everything we stand for in our imaginary democracy. We create boogeymen to justify the misdeeds of a government out of control. Now it’s Muslim terrorists or ISIS. These enemies are the invention of those nameless entities who control world events. The ones who control world banks and political puppets. They pull the strings that make the dummies move and the talking heads squawk on network and cable news. I hear crazy rumors they control the weather by seeding clouds, chemtrails and worse. The great American families of the ruling class have been joined by Saudi Arabian sheiks, Chinese real estate moguls and manufacturers of cheap name brand knock-offs. The black market and the dark web thrive. You can buy anything there, from sex slaves, children, body parts, illicit drugs and high fashion from Gucci to Prada. World events happen every moment but we only hear what the sources choose to tell us. We only see the news that’s fed to us. Think of all the news that goes unreported. They dictate what goes down and we swallow our medicine because they tell us it’s good and necessary. And by all means the truth. It’s not news, its entertainment.

My parents’ generation used to say all we have to do is live, die, and pay taxes. Today people live and die, but it’s debatable who’s paying taxes. Our president will not reveal his tax returns. Don’t get me wrong: I’d never pay a penny of taxes if I could get away with it. Who wouldn’t? I’m sure there are honest taxpayers. The last thing in this world anyone wants is an audit and a bunch of IRS agents sniffing around their butts. The government prints more money when things go bad. We just spend it. Before surveillance cameras the police had a quota of tickets they had to write up every month. Now with red light cameras and speed cameras you can expect your ticket promptly in the mail. All the blue light crime cameras around Baltimore have done little or nothing to stop murder and crime but they sure can catch a speeder or a red-light runner. The Alexa and Google devices listen to every word said in your home. You’re watched everywhere you go. Every move you make is recorded. There’s nowhere to hide.

I’m not paranoid but damn, if the military can send a missile to a pinpoint a location 1500 miles away and destroy the target then what chances do we have? GPS and satellite cameras can spot a pimple on your ass. How can one live off the grid or under the radar? Your best bet is to have no secrets. Be transparent. Full disclosure. Seek truth and all that nonsense. We’re just numbers moving on the screen. Dollar signs, bought and sold. You’d think with all this knowledge and high tech gadgets that things would get better. They’ll surely discover cures for cancer or Alzheimer’s and a plethora of other killer diseases. Nope. No money in cures. You’d imagine an overhaul in the judicial and prison system would be advantageous to reduce crime. Absolutely not; no money to be made in prison reform or rehabilitation.

As for world peace, there’s no profit there either. Death and destruction are big business. Fear and darkness keeps the machine cranking. We no longer need religion as an opiate for the masses. We have heroin, oxycontin, and fentanyl. If there was a profit to be made in bullshit than we should all be rich. Now that we’re the laughing stock of the world will we learn anything? It’s not good to keep secrets and tell lies. It doesn’t pay to be the world’s bully. It’s not good to invade and attack other countries. It’s not fair to take from the least. They don’t care about your radical bent. Nobody cares if you’re a revolutionary. The government is controlling you. It’s not for or by the people. It never was. All they want to know is what you like, what you think, what you eat, what you buy, and what you watch. Who is watching the watchers?