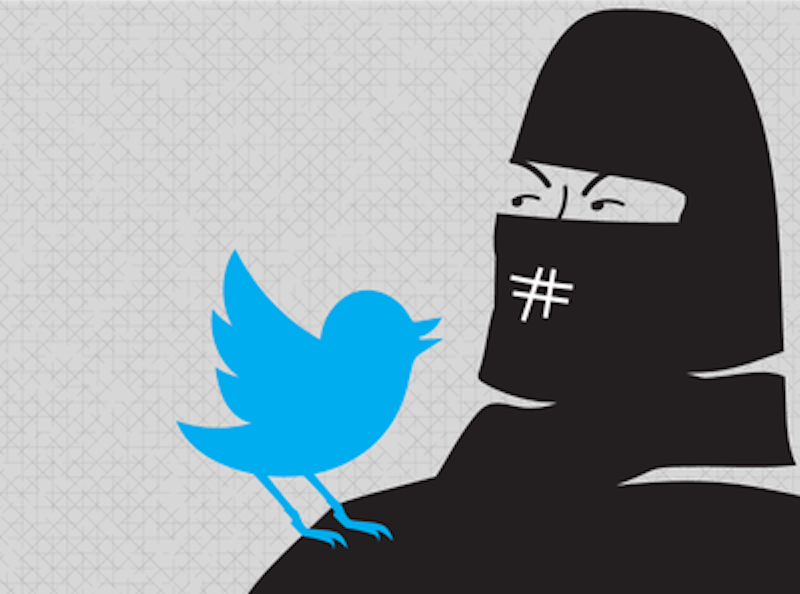 Of all the usual non-explanations for the latest act of terrorism, the most non-explanatory is “Internet radicalization.” Why do people drive vans into crowds, for example, or blow themselves up among tween concert-goers? Ask an expert, and he's liable to say that the terrorists have a sophisticated social media presence, and that we must fight them for the hearts and minds of vulnerable youth on this “new” battlefield.

Now, perhaps you yourself operate on several social media platforms, hovering like an annoying specter around Facebook, Twitter, LinkedIn, or whatever it may be. I ask you: how much power do you exercise by these means over your friends and followers? If you wanted to “radicalize” them to whatever cause you prefer, converting them into fanatical murder/suicide machines, how far do you think you'd get? Or you could hire a big staff of social media consultants to aid you in your infernal messaging. Then you'd just be a car insurance company.

Looking at it the other way round, perhaps you should ask yourself what sort of LinkedIn content or Tumblr experience might set you on a homicide spree. The stuff flows by quick, man: after awhile you don't even see the ads. People believe that the idea that they could be radicalized on the Internet is ridiculous. But they're only too happy to believe that ignorant people like them (brown people, young people, the “uneducated” or “alienated”), can be transformed into suicide bombers on Snapchat. If it's kids you're worried about, the average teen anywhere in the world has plenty of sophistication in interpreting social media. Also the whole thing doesn't strike them as “new,” as it still does the security consultants.

Homeland Security and the State Department do operate Twitter feeds, and I assume that the United States government also runs some covert social media. You'd think that cyber-veterans like that would’ve learned just how futile a Twitter feed is: no Twitter feed ever convinced anyone of anything. The CIA couldn't set off a wave of terror by social media, no matter how amazing their status updates and likes, and knows that very well.

One thing about hypnotizing and transforming people via Twitter or Snapchat is that it always seems to work for them, never for us. I can't imagine what clever anti-Islamist Facebook feed of the US Department of Truth might be running, but I have the feeling that it's transparent in its purpose and above all dull. The memes produced by cowardly murderers or fanatics who want to take us back to the stone age are mesmerizing, evidently, consciousness-transforming, but democracy produces only squibs.

When people face a harsh and recalcitrant reality, they often turn to representations. They use pictures and words as an explanation for what exceeds their intellectual grasp or emotional capacities. Plato thought that bad poetry and statuary corrupted the young and that exposing them only to approved music could turn them into a perfectly unified republic. People have blamed substantial social problems like addiction or violence on novels, comic books, “television,” hip-hop records, and video games.

It’s a lot easier to control and fix the images than to address intractable material realities: anyone can draw a new picture or write a new story. But the entire belief system that attributes these sorts of powers to pictures and words is supernatural; it supposes a world that can be transformed by incantation or by creating and anointing auspicious images.

The emptiness at the heart of this sort of power is something we all experience every day. We cannot transform one another or our world in any profound way with a Twitter feed, obviously. The explanation of terrorism by “radicalization,” and of radicalization by social media, is itself a media-style account: a superficial pseudo-explanation, the exchange of a loaded word or phrase for a complex reality.

The reality of terrorism like the recent attacks in England is, admittedly, overwhelming, and no explanation appears fully adequate. Being cognitively and emotionally overloaded, we reach for words: “social media.” Pigeonholing it like this, or converting it into a simple narrative or image, helps us put it aside and think about something else. But it definitely does not help us understand.