Even Humanists Can Be Racist

Some haven’t erased their own biases. 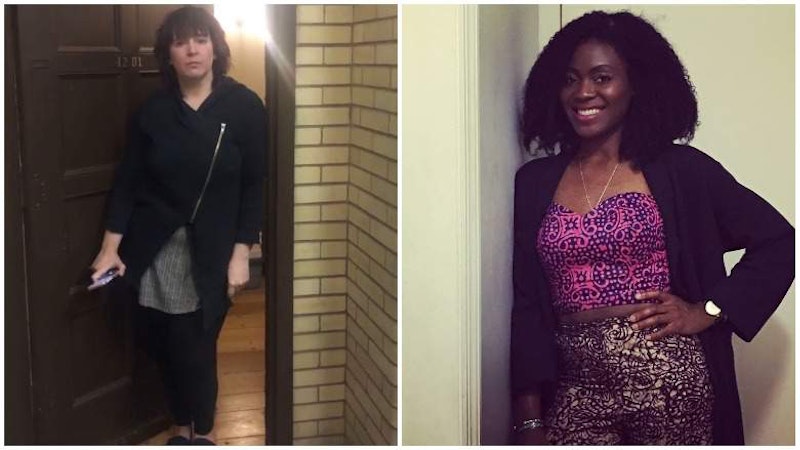 Last week, a white Yale student named Sarah Braasch called the police on black student Lolade Siyonbola for falling asleep in the student dorm common room. Siyonbola broadcasted the entire incident live on Facebook, and the story quickly went viral. Reporters immediately started looking into Braasch’s background, and found something disturbing: although she’s a humanist, she has a history of racial insensitivity.

I understand the point of the assignment was to argue in the defense of slavery, and she used this anecdote as a springboard for the debate over banning burqas. However, it’s still cringe-inducing, especially when she compares burqa ban laws to the Emancipation Proclamation. I hate burqas, too, but I also hate all religious doctrines that mandate what women should do with their bodies. Why not ban Christian purity rings and Orthodox Jewish women’s kerchiefs as well? Even though Braasch is a law school graduate, she apparently thinks the First Amendment does not extend to Muslim garments.

This is not the first time Braasch called the police on black people at Yale. According to the Yale Daily News, Siyonbola and Jean-Louis Reneson recall an incident back in March alleging that Braasch “physically blocked” Reneson from entering the common room after he asked her for directions to an event Siyonbola was hosting. According to the report, “Braasch did not appear to believe that he was a Yale student trying to enter the HGS common room for a meeting, and instead accused him of being an intruder.” Why would she automatically assume neither were Yale students? As Tariro Mzezewa explained in a recent New York Times op-ed, “Black and brown people seem out of place to some people when they encounter them in institutions of higher learning.”

Last year I interviewed my friend Ashton P. Woods of Black Lives Matter Houston for my podcast, and he said that blackness is criminalized in the United States. For example, if a white person gets upset and raises their voice in a store, staff members will automatically try to figure out why the white person is upset and try to help them. However, if a black person gets upset for the same reason at the same store, staff members will try to remove that person. It’s an unconscious bias our society perpetuates that black people are inherently dangerous.

The fact that Braasch is a secular humanist is a shock. As the third Humanist Manifesto states, humanism is about “treating each person with inherent worth and dignity” and seeking “to minimize the inequities of circumstance and ability.” Unfortunately, after witnessing racism firsthand at last year’s American Humanist Association conference, even humanists are prone to implicit personal bias and racist indoctrination. Maybe the Yale incident will be an alarm for all white humanists to look at their own biases, racist indoctrination, and check our fellow white humanists.