In Defense of Ad Hominem 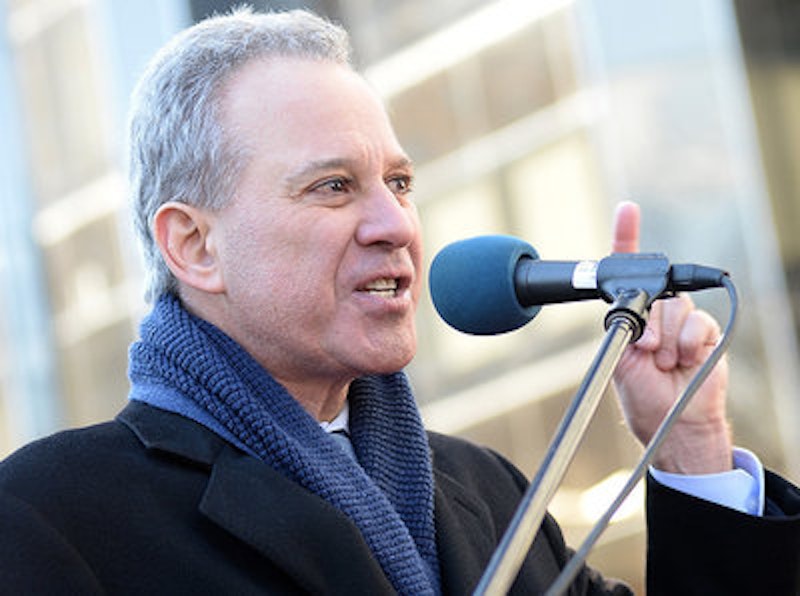 I can’t imagine that future discussions of the resigning, disgraced New York attorney general Eric Schneiderman, accused of beating four women, will hinge on his political accomplishments. Few will say, “But he was a supporter of the MeToo movement, and that should matter more than his unrelated personal flaws.”

Sometimes personal flaws matter for evaluating people’s motives and sincerity, but we’re told repeatedly—especially in academia and elite media—that ad hominem attacks are inappropriate. Mere days ago, the most high-minded of observers likely would’ve dismissed as crude Donald Trump’s tweeted implication back in 2013 that we’d one day find out Schneiderman is a creep “worse than Spitzer or Weiner” (New York political figures who were disgraced for hiring a prostitute and soliciting a minor, respectively, and both adulterers).

I fully understand that the tidiest and most pristine of scientific and philosophical arguments—especially simple ones where, as it were, we can see all the moving parts—should be evaluated almost without us knowing who made them, if possible. And experiments have been done, both formal and informal, revealing that people are so quick to make ad hominem judgments that they’ll condemn or praise the same policy depending on whether they think it came from “the other side” or their own. That’s definitely worth keeping in mind, and the problem is obviously compounded if each side automatically thinks everyone on the other is a jerk anyway.

But I’m a bit taken aback when the academic taboo against ad hominem arguments is so strong that, for instance, libertarian-leaning psychologist Jonathan Haidt (one of the august participants in a May 8 debate in New York City about the state of speech on campus) tweets a Thomas Sowell quote about how we shouldn’t “answer an argument by attributing bad motives” and adds his own admonition that “Ad hominem arguments should be challenged and rejected.”

I’m happy to see anyone tweeting Sowell quotes, be it Haidt or, recently, Kanye West, but isn’t there something odd about Haidt, of all people, suggesting that arguments should be thought of as independent of the psychologies of the people making them? His best-known work, The Righteous Mind, cautioned us to remember that well-meaning people of differing character types are rather predictably drawn to intuit in differing left-wing or right-wing (or libertarian, in a brief and endearingly nerdy aside) ways, due in part to people on the left tending to be attracted to a small set of principles or calculations, while people on the right tend to draw upon a slightly broader and sometimes richer but vaguer set of impulses, including revulsion and reverence.

Is it really so impossible, then, that some people might be drawn to particular arguments because they’re, well, jerks?

Again, I realize one does not want to open the floodgates to assuming that every foe is acting out of some hidden, sinister motive. I’ve long tried to keep in mind law professor David Friedman’s observation that if, say, socialists really believed the world would suffer as badly under socialism as libertarians think it would, most of them probably wouldn’t be socialists. Most people who bother to make political arguments are trying, in some sense, to make the world a better place, even if their recommendations are often dangerously wrong.

However, we’re allowed, I think, to suspect that, say, the angry racist may not be objectively evaluating the pros and cons of immigration. The career criminal may overestimate police corruption, and the career cop may underestimate it. I don’t think you can move in academic or ardently-ideological circles for long without suspecting that mild autism may contribute to an overconfidence in math-like models of the world, even when the things being modeled are un-mathlike, such as sex and jealousy. And what are faith-based claims if not ones in which the normal, earthly rules of evidence are swept aside by a given personality’s emotion-fueled sense of what “must” be true about the cosmos?

The more complex and reliant on intuition the argument is, the more we rightly begin to suspect the person doing the intuiting matters to the conclusions being drawn. This is reasonable—and it’s basically ad hominem argument. Maybe that’s okay. I’m not arguing for going hog-wild and saying that from now on, if you hear an economic argument that you don’t like, you should simply call the proponent ugly. By all means, avoid irrelevant ad hominem arguments (I’m assuming the hypothetical econ argument wasn’t about the importance of looks to hiring). But if psychology affects people’s conclusions (even when they imagine themselves to be objective), then, as Haidt should know better than anyone, we are within our rights to ask what sort of heroes, villains, dopes, nerds, optimists, pessimists, schizophrenics, or paranoiacs are making these arguments.

Precisely because one should strive to have an accurate picture of the world, one should not hastily discount the possibility that a Nazi’s arguments are skewed by sadism or a left-socialist’s by envy or resentment. I’m not religious and I get along with my parents just fine, but I’ve certainly heard some lame anti-religion arguments likely motivated in part by the speaker having gotten along badly with her religious parents. Likewise, who can doubt there are authoritarian personalities who are more prone to believe in God because they really, really like the thought of having backup in a fight?

The rule against ad hominem is not so much a strict logical rule but a sort of loose etiquette rule that often aids conversation but can also conceal the most important truths, to everyone’s detriment. It can even conceal and thus encourage some real villains and cads in our midst. How delighted an intellectually dishonest academic accused of ill will must be to be able to smile tightly and disingenuously and say, “Now, now—no ad hominem arguments.” Don’t let the jerks get away with it.

If we’re being objective, we shouldn’t discard evidence from psychology, and that includes the psychology of our opponents, some of whom will make some of their arguments due to being jerks and most of whom, I’m sure, are good people. We should rehabilitate the ad hominem argument.