The Art of Appropriating Cultures 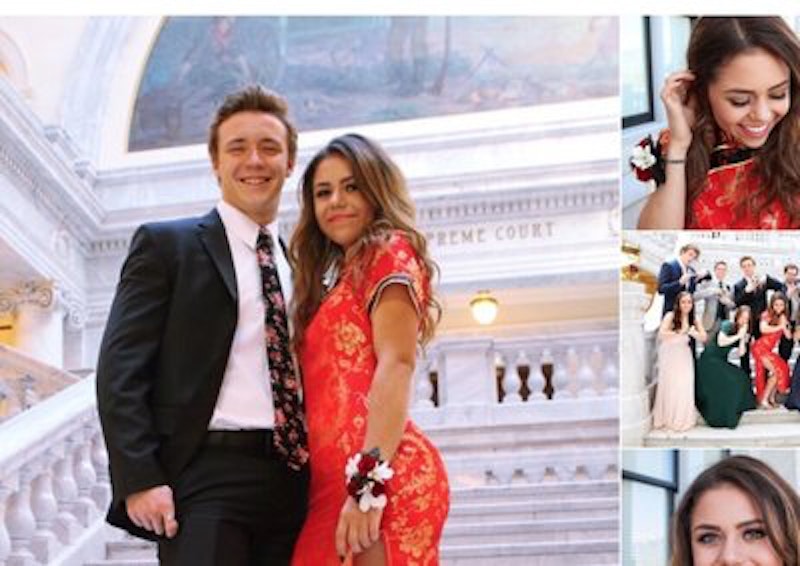 If a white girl wears a Chinese dress to prom, is she perpetuating racism? Answering this question requires traveling a circuitous path that starts with Scotch.

If you’ve ever poured yourself a glass of Johnny Walker Red, and a glass of Johnny Walker Black, and then drunk both of them, I hope you had the Johnny Walker Black first. Either way, it’s an unsettling experience. They’re very similar drinks, in big ways (the peat) and small ones (the honey sweetness). But as representations of Scotch craft, they’re worlds apart. Johnny Walker Red is vile. The peat tastes bitter and stinging. The sweet notes are chalky and dull. All of the same ideas are there in the Black Label whisky, but they’re in balance. The sweetness is clarion. The peat gives the drink flavor and body. Everything makes sense and yet retains its distinctness.

No matter the field, the job of any critic is to do exactly what I’ve done just now with Johnny Walker. Critics separate the bad from the good, presenting the reader with what Matthew Arnold once called “a current of fresh and true ideas.” The critic does this by looking at things as artistic wholes, in their proper context, and then making a provisional judgment about the ideas they contain, including moral, religious, and political ideas. I call these “provisional judgments” because it is not the critic’s place to say, for example, whether or not a whisky should be peated. Peat is simply an idea; used one way, in Johnny Walker Red, it doesn’t work. Used differently, in Johnny Walker Black, it’s lovely. The relationship between the peat and the other elements in the Scotch entirely determine whether the peat is “good” or not.

Anarchism is an idea, too. So is altruism. So are “femininity” and “masculinity.” So is sex in all its manifestations. Whether these ideas flourish or founder depends on the incredibly complex relations between them and the rest of the works in which they appear. It’s not a contradiction to say that anarchism is villainous in Joseph Conrad’s novel The Secret Agent, and heroic in the works of William Morris, and that both Conrad and Morris are telling the truth.

This might seem easy to accept as a statement about novels. Things get trickier when you’re talking about something out there in the world. For example, if a white person uses language and speech patterns invented within African-American culture, is that acceptable? What about wearing baggy jeans or a backwards baseball cap? Should we be as open-minded about wearing “white” or “black” clothes as we are about Conrad and Morris’s political differences?

This isn’t just a race matter. What about getting a tattoo of something from a foreign culture, such as a Hebrew or Celtic symbol? What about meditating or performing a “medicine wheel” ceremony? What about wearing a Chinese-style dress to prom?

Most of these are familiar examples of what we now call cultural appropriation, which refers to the “theft” or “imitation” of exotic-seeming cultural practices by someone who lacks the appropriate cultural background. Often, the more marginalized or oppressed an ethnicity and culture becomes, the more “exotic”—and therefore appealing—its practices begin to seem. At its worst, a dominant culture can seem like a garbage disposal run amok, shredding the integral cultures of the “others” and then adding the scraps to its assimilated pile. There’s a strong, understandable temptation to start moralizing about what can be “used” in good faith, regardless of one’s cultural background, and what is off-limits.

As tempting as this might be, it’s a misguided approach. The issue around cultural appropriation is whether or not the cultural practices in question are convincing in a new context. That’s an aesthetic question, not a moral one. Take dreadlocks, for example. If a white person wears dreadlocks, a lot of other things about her life have to support the idea of spirituality and naturalness she is trying to convey. If the symbol isn’t backed up by the reality, and the dreadlocks are an empty signifier, then of course the effect will be pretentious and comical. But the white person with dreadlocks doesn’t have to reinvent the meaning of dreadlocks in order to avoid being racist.

Your symbolic acts of self-fashioning have whatever meaning you can successfully portray; moreover, it’s a racist delusion to believe that every black person with dreadlocks is “pulling them off” successfully. That’s what OutKast means when they ask, “Is every nigga with dreads for the cause?” Within any given culture, every person is appropriating socially constructed norms for themselves, just like outsiders do, albeit less consciously in some cases. They’re also revising those norms, to a greater or lesser degree, and sometimes just pretending to live up to them.

Maybe the problem isn’t the people crying “cultural appropriation!” but just the opposite: the failure of so many others to worry, ever, about who’s borrowing what. After all, lots of stuff isn’t ever termed cultural appropriation: using ingredients from foreign cuisines, for example, or doing something that has already been “grandfathered” in as part of the mainstream, such as surfing or giving your friend a high-five. So, then, what is wrong with a song like “Harajuku Girls”? Isn’t it Gwen Stefani’s right to adore Japanese fashion? Well, no, because she didn’t make it work. Stefani didn’t know how to merge Japanese pop with her American teen-pop, so she ripped off Japanese fashion temporarily instead of really integrating it into her aesthetic. “Harajuku Girls” is pretentious, awkward, and desperate, and when it resonated with Stefani’s audience, that was a moment of shared racism. Her listeners let her off the hook because they liked the exoticism.

This doesn’t mean that it’s impossible for an American to write a good song influenced by Japanese culture. The failure to connect is only provisional, as I said above. “Come And Get It,” by Selena Gomez, is a successful merger of teen-pop with tabla drums and Bollywood accents. Yes, the Indian music is supposed to sound sensual, but since the song is very sensual in every respect, that connotation becomes part of its seamless whole. “Come And Get It” is every bit the cross-cultural triumph “Harajuku Girls” was not.

So there’s room for the term “cultural appropriation” after all. There are times when it’s deplorable, and other times when it’s the flashpoint for artistic innovation and genuine self-expression. Even if we wanted culture to be protected, like intellectual property, we’d be in the wrong the instant we made some people its owners. We wouldn’t just be wronging the excluded populations. We’d be wronging the “owners” of exotic cultures themselves, by projecting an authenticity onto them that they may not feel or be able to perform, while burdening them with a heritage they may not wish to perpetuate. It may seem like there’s no harm in trying to influence the dominant culture by shaming its pretenders, but the approach we take to harmful acts of appropriation has its consequences. Talking about what’s okay to appropriate and what isn’t—as if that’s something we can know in advance, and in general—has tarnished the whole project, making it seem like a hobbyhorse for progressives who have nothing better to do.

There are delicious Scotches that are finished in barrels used originally for port, or sherry, or sauterne. These are “untraditional” Scotches, to be sure, and as they soak in their second casks, they intersect with other spirits, ones tied to other nations and other rituals. If there wasn’t a long tradition of making port, there’d be no port barrels to soak in, the whisky absorbing port flavors in an unmistakably blithe, superficial manner. But who cares, in the end, what it took to make those port barrels? All we care about is the dram. When distilling, as with art of any kind, the ends justify the means.

Just so, the qipao that Keziah Daum wore to prom was a cunning bit of fashionable theft, and it worked because it made sense: the qipao has always been glamorous and formal, and proms are glamorous, formal events. No, she probably doesn’t have a Chinese aesthetic going all the time, but high school students don’t walk around in tuxedos on normal days either. The heat that it generated online is a direct result of Daum’s gambit paying off. One of these days, we are going to have to learn the difference between an enviable artistic success, like this one, and mere craven ploys for attention. Daum made that prom dress work. Deep down we all know it. There may be an outcry right now, but who will listen to another one next year, when some girl goes to prom in buckskin and moccasins?