The Awful Thing She Said About That Woman’s Looks 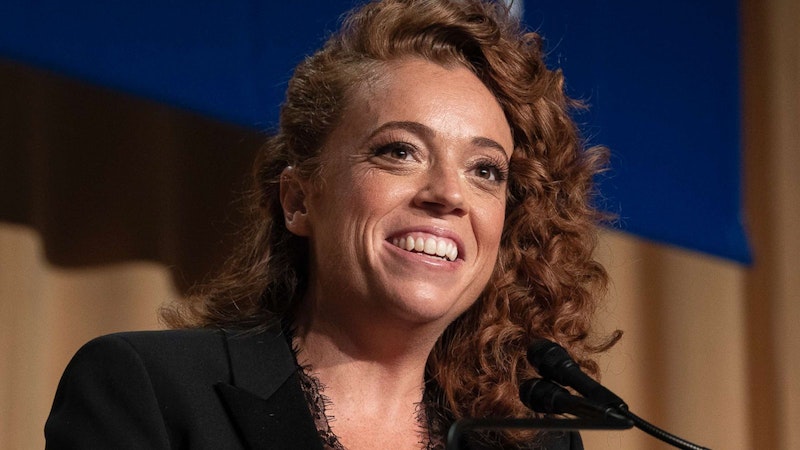 What about Jake Tapper and his come-face? Michelle Wolf joked about that early in her set at the White House Correspondents Dinner. What an intrusion, what a depantsing, what a use of genitalia—of the simple fact that a person has those crotch functions, like anybody else—to cut a human down to size and turn his identity inside out. On the other hand, nobody’s complaining because nobody remembers, so what harm was Jake Tapper done? No doubt he didn’t like sitting through the come-face interlude, but none of it stuck (so to speak). Everyone’s been howling about the comments later in Wolf’s set, the ones about Sarah Huckabee Sanders, her smoky eye, her softball-coach tendencies, and so on.

From what I’ve seen, the sides debating Wolf-Sanders agree that Wolf would be on the wrong side of the line if she made fun of Sarah Huckabee Sanders for the looks God gave her. Mike Brzezinksi tweets that such things must not be said of a wife and mother. A woman writing at New York answers that Wolf said no such things, and another writes that Wolf did say them, but only as part of a performance-art assault piece highlighting the misogynistic nastiness of the Trump age. That is, the second writer gets fancy, but agrees that making fun of a woman’s looks is no good.

The Sanders fuss inspires a few questions. Has anyone ever seen a political caricature? For example, there’s Scarfe on Margaret Thatcher. Do people think that pictures are okay but not words, or that no woman should be subjected to physical lampooning by any means and it’s time to make that a rule? Or do they think that nobody should be subjected to physical lampooning at all? Or no wisecracks for anybody, but cartoons are okay?

I find it hard to describe Kellyanne Conway without noticing her resemblance to the Crypt Keeper. I might mention this resemblance or not, but if I think about how Conway looks, the Crypt Keeper angle will be on my mind. In fact, I’m pretty sure I once wrote about a worm coming out of her eye. I won’t forswear these thoughts, and I’d bet that Wolf had something similar in mind regarding Sanders. Not with the smoky eye business, but with the “I love you as Aunt Lydia” crack. Does a picture of Sanders look like a picture of Ann Dowd? If so, that crack was about looks.

Personally I see a distinct resemblance: broad oval heads, strongly formed jaws, a good deal of heft in the back and shoulders. One or the other may be taller, Dowd’s older, and Sanders is heavier (I think). But they belong to the same type. It’s a type that can take up space and look forbidding, and those belonging to the type are expected to be grim and brutal. That’s a stupid expectation, but even so—there’s Huckabee Sanders. Reality lined up with cliché and produced a thug, and Wolf made of fun of that thug, with one angle of attack being how Sanders looks the part. Whether this is a particularly good joke is one thing. But that’s the joke I hear when I look at the photos, and I’ll add the bit about Sanders ordering the reporters into softball teams. Sounds dykish to me, and butch dykes are typed as bulky.

Of the two New York writers, the one who takes a hard line on the appearance issue makes the case against my Lydia interpretation. She does this simply. She says the Lydia joke “suggests that, like the character Ann Dowd plays on the Hulu series based on Margaret Atwood’s dystopian novel, Sanders acts as a complicit oppressor on behalf of an authoritarian government.” The character in The Handmaid’s Tale enforces patriarchy, and Sanders is official mouthpiece for Donald Trump. This parallel, of course, means that no other point of resemblance can exist. The writer, having dealt with the Lydia canard (and the smoky eye nontroversy), slaps her hands together. “You can be offended by either of these insinuations,” she tells us, “but at least be offended by what Wolf actually insinuated.”

I think I know what Wolf insinuated, and I’m not offended by it and not tickled by it either. It’s just there. But I’ll keep noticing it’s there, and New York should raise its game argument-wise. As to Wolf herself, I’ll say nothing about the shape of her face (crumpled bag) or set of her lips (squashed salamanders), but her material strikes me as deeply so-so. On the other hand, she’s right about Flint, and she isn’t wrong about Sarah Huckabee Sanders.