He hasn’t even seen the film. 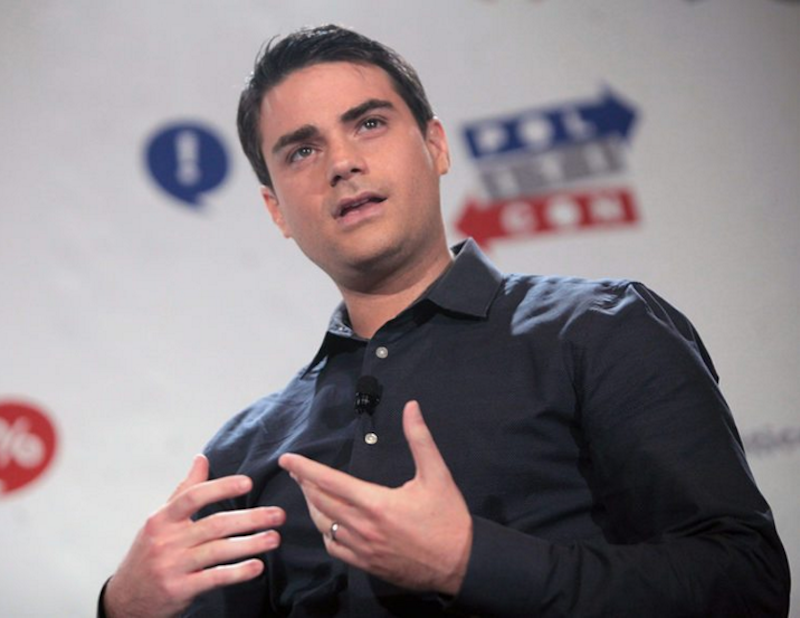 I once had an editor who was psychotic about accuracy. Almost every time a reporter brought up a story or a fact he’d ask what the source was. One time I was writing a blog about political correctness in the film Zootopia, and he found out I was basing the item solely on news reports and reviews. He marched around my cubicle, handed me my jacket, and sent me off to the theater. I wasn’t writing about a movie I hadn’t seen, even for a 50-word blog post.

Enter Ben Shapiro, the Commander Data of conservative punditry. On his weekly YouTube show this week, Shapiro spent about 10 minutes trashing Black Panther, a film that Shapiro admits he hasn’t seen. Shapiro was relentless: Wakanda, the African kingdom where the film is set, doesn’t exist! White people don’t think about race when they see movies! Wakanda is a closed society, and those places are always shitholes! Shapiro cited a New York Times article by Salamishah Tillet. Tillet reports: “‘Wakanda is a kind of black utopia in our fight against colonialism and imperial control of black land and black people by white people,’ mentioned Deirdre Hollman, a founding father of the yearly Black Comic Book Festival on the Schomburg Center for Research in Black Culture in Harlem. ‘To the black imagination, that means everything. In a comic book, it is a reality, and through a major motion picture, it’s even more tangibly and artistically a reality that we can explore for ourselves. There’s so much power that’s drawn from the notion that there was a community, a nation that resisted colonization and infiltration and subjugation.’”

Shapiro, whose manner is more manic with each video, wasn’t having it. With his trademark hummingbird-on-Red-Bull delivery, he launched into a tirade: “According to the movie, Wakanda is the most technologically advanced country on planet earth, it is filled with beautiful wonderful people who all treat each other wonderfully. It is utopia. It is just the greatest place that ever was. And this is being portrayed as a reality. The problem I have with this is that there is no utopia, for white people or for black people. It doesn’t exist anywhere.” A 30-second ADHD breakdown of African history and a rant about liberal racial hypocrisy followed—they call for colorblindness then valorize this crazy movie!

Again: Shapiro has not seen Black Panther. At least in his lengthy review of Star Wars: The Last Jedi, he’d actually watched the film—and had no trouble suspending disbelief.

This is journalistic malpractice. But something more is going on. For the last 50 years some of the best conservative thinkers have expressed genuine compassion for the black underclass. The emphasis that these conservatives put on the importance of the family for stability is a real attempt to improve the lives of fellow Americans, not preach. But there are also other kinds of conservatives, ones that get off on lecturing black people. They have statistics and social policy papers to quote, but they lack emotional intelligence and have no mercy. At their worst, they get satisfaction out of lecturing blacks. Shapiro’s giddy, almost high, during his defenestration of Black Panther.

Movies can inspire, frighten or depress us, firing our imagination even as we know that what we are watching isn’t real. It’s what makes them so much fun. They can also cause a cultural conversation. Black Panther is doing that. It’s possible to have two different ideas about black Americans, and hold both of them at the same time. The first is the truth that black people in America are just Americans like the rest of us, that they have the same political and cultural influences, and that to treat them as a special class or as victims is patronizing.

The second view acknowledges that black Americans suffered a terrible trauma under slavery and Jim Crow, a trauma that they are still dealing with, and deserve mercy, understanding and help from fellow Americans. Before it became a leftist mob, Black Lives Matter was a movement that addressed the tragedy of white people considering black lives less valuable than white ones. This racism wasn’t conscious, it wasn’t official policy, but it was in the collective unconscious of the nation.

Sympathy for black Americans doesn’t mean whites have to feel guilty or that there can’t be disagreement and criticism of black culture. It just means that you treat people who have had it worse than you with some understanding. It means that when black people spend two hours in a theater enjoying a movie that makes them feel good, you don’t have to be a dick, like Ben Shapiro, about it.