The New York Times depends on a dying audience. 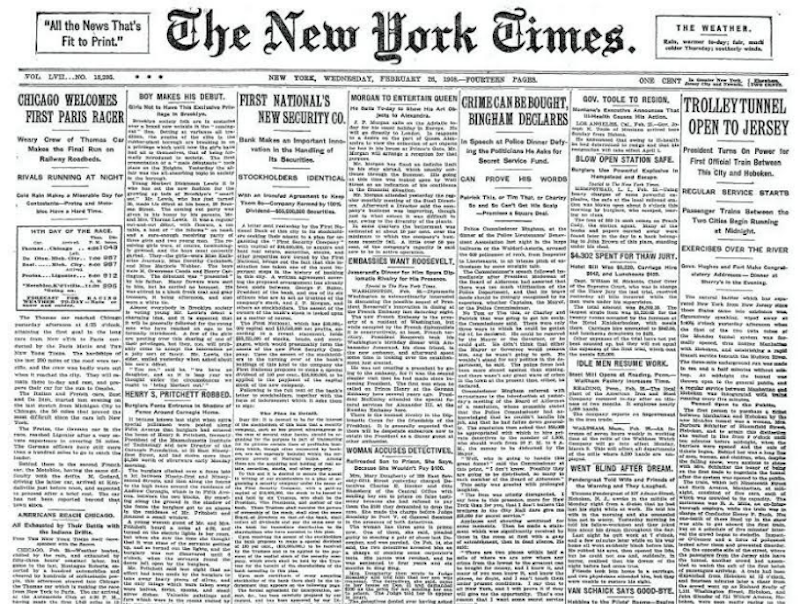 The New York Times is in a race to the bottom with its awful Op-Ed page: despite the paper’s CEO Mark Thompson declaring that “print journalism has maybe another ten years,” they continue to handsomely compensate hacks like Thomas Friedman, Ross Douthat, David Brooks, Paul Krugman, and Maureen Dowd. Hiring Bret Stephens, a boring right-winger whose only novelty is taking fliers on contrarian positions like gun control and drugs, got the Times even more flack last spring, as if it needed to be delegitimized and deemed irrelevant by Millennials and the rising members of Generation Z that will supposedly keep the paper afloat via digital subscriptions. “The company said last week that it added 157,000 digital subscribers in the fourth quarter of 2017. The majority were new subscribers, but that number also included cooking and crossword subscriptions.”

The media got a bump after Trump was elected, mostly because it meant that the 2016 election would go on indefinitely. I remember lamenting the approaching end of the carnival season early in November 2016, wishing that the gaffes and banana-peel slips could continue forever. Because as long as I’ve been paying close attention to politics—2001—cable news and to a lesser extent print media have treated each presidential election cycle as a reality show or a game for people that think they’re smarter than most, people that think they’re above the E! Network, despise the Kardashians with knee-jerk aggression, and turn their noses up at anyone who watches pro wrestling or too much football.

The Howard Dean Scream of early 2004 is the first time I remember the media making a mountain out of a molehill and torpedoing a candidate’s chances of winning because they just had to run with something. In 2015 and 2016, this all caught up with them when they were faced with a candidate who could unmask them for what they are: shameless hucksters, not any more invested in “the good of the country” or moral turpitude than Peter Thiel or Stone Cold Steve Austin.

But give the Times credit, they know their core audience: depressed middle-aged white people on too much Xanax who think about going the gym but never do and regret not having kids. How else to explain Melissa Dahl’s piece: “Why Trying to Be Less Awkward Never Works.” Save one of your 10 free articles a month and take the final paragraph, it’s all you need: “It’s O.K. to lower your standards a tiny bit. You will spill wine on someone. Someone else will spill wine on you. You will live. But you’d live a little happier through these moments if you could also get yourself to laugh at them.”

Thank you for the greeting card wisdom. Do they know how hard they are going to hit the floor in 10 years when the last Times hits the stands? Rising generations are not going to pay over $100 a year for a crossword puzzle or recipes. Hiring more oblivious centrist liberals like Bari Weiss only reinforces the perception among young people that the Times can never be trusted because it’s too weak to take any chances or risk alienating its depressed Xanax core fanbase. Until then, we have David Brooks columns ghost-written by his secretary-wife and Ross Douthat suggesting that we ban porn. I’m 25, I don’t have time for this shit.