Valérie Plante, #MeToo, and a New Kind of Authority 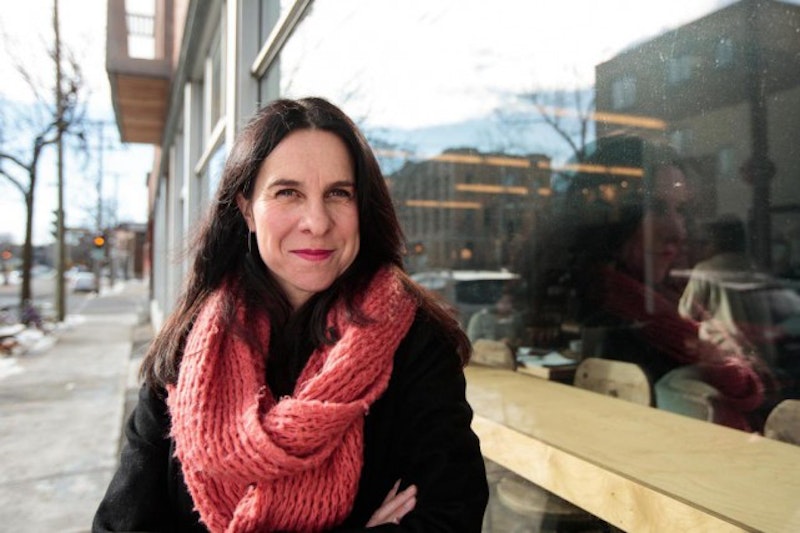 On November 5 of last year, Valérie Plante became the first woman to win an election for mayor of Montreal, defeating incumbent Denis Coderre with 51 percent of the vote to Coderre’s 46. As soon as the results were certified, if not before, the punditry began: did the result point to a broader trend? Was Plante’s victory the start of something bigger, not just across Canada but across North America?

It’s tempting to think so. The two candidates had clear differences in their programs, levels of experience, and style of leadership. Among those differences are issues that resonate with this particular cultural moment. Maybe it’s an illusion. But maybe the result’s not just a repudiation of one particular politician. Maybe it’s an early indication that what it means to be a leader is changing.

Coderre’s a longtime politician who spent 16 years as a Member of Parliament and served as Canada’s Immigration Minister, before resigning to run for mayor of Montreal in 2013. He won in part by arguing that his political experience and connections would help him serve the city. Coderre also promised to clean up the city’s government—allegations of corruption had led the previous elected mayor to step down in 2012, and further allegations early in 2013 also led the replacement mayor to step down. Coderre held out the hope of good government.

In four years, Coderre did take action against corruption. More than that, he launched a number of major infrastructure projects. Not all of them were popular, though most had a good case for being necessary, but Coderre did take public stands that Montrealers seemed to appreciate. He added an Iroquois symbol, the Great Tree of Peace, to Montreal’s flag. He protested the Conservative federal government’s plan to phase out door-to-door postal delivery in favor of community mailboxes by taking a jackhammer to one of the mailboxes. In January of 2017 he responded to Donald Trump’s travel ban by declaring Montreal a sanctuary city, and officially passed a motion to that effect three weeks later. He opposed the construction of a major cross-country oil pipeline, calling the company behind it “arrogant and condescending,” and in the end the pipeline was cancelled in part due to his opposition.

But the tag of “arrogant and condescending” came back to haunt him. Not all Coderre’s stances were popular or wise, and he was remarkably unwilling to back down from bad ideas. An obsession with bringing a major league baseball franchise to Montreal always had a mixed reception from people skeptical of the likely price tag. A dump of two billion gallons of raw sewage into the St. Lawrence River as part of a sewer repair program drew international headlines, though in fairness I’ve yet to see someone put forward a workable alternative plan. At any rate, it wasn’t the only Coderre decision to make international news: a ban on pit bulls appalled animal lovers. So did the decision to hold a rodeo as part of celebrations of Montreal’s 375th anniversary. Rodeos had never been a part of Montreal’s culture, and the idea struck many people as unnecessary animal cruelty. Nevertheless, Coderre wouldn’t back down.

The anniversary celebrations cost, in total, nearly a billion dollars—roughly twice what the entire country of Canada was spending to celebrate its 150th birthday. That billion included almost 700 events, a new amphitheater, the illumination of the Jacques Cartier Bridge, and, notoriously, nearly $3.5 million for a set of granite pieces resembling tree stumps added to the city’s central Mount Royal Park. None of this went over well. Nor did the traffic snarls from all the infrastructure work, and the inefficient snow-clearing (a major necessity in Montreal) in certain boroughs.

And then there was the Formula E. Officially known as the ABB Fia Formula E Championship, it’s a series of auto races in various city centers between electric-powered cars. Cities like Berlin, Paris, and New York paid nothing to host their races; Coderre committed $24 million to hosting Montreal’s event. Attendance was supposed to cover the costs. It didn’t. At best it was a white elephant, and at worst it raised the spectrum of collusion with promoter Evenko— corruption returning in a different form. Finally, just before the election, a joint report by the city’s largest English-language and French-language newspapers found that many of the contractors who’d profited from corruption before Coderre’s election were still controlling many of the city’s infrastructure contracts, albeit under different names.

Coderre rejected all criticism, projecting an image of utter self-assurance. The criticisms were real, but his reactions made things worse. Debates between Coderre and Plante became a contrast between Coderre’s defensiveness and Plante’s smiling likeability. This was even more heightened when Coderre dismissed Plante’s proposal for a new $6 billion subway line; Coderre claimed the projected cost for the “pink line” was unrealistic, notoriously saying, “The Just For Laughs festival is over.” (Montreal’s Just For Laughs is the largest comedy festival in the world, currently in the middle of a legal battle after sexual harassment allegations against its president and majority shareholder, Gilbert Rozon.)

When the election came, Montrealers ended up dismissing Coderre and electing Plante, a former city councilor running on a program that included adding more bike lines and affordable housing, easing traffic, and revitalizing parks. It was a fairly standard left-wing program, but then Coderre wasn’t precisely right-wing in a traditional sense. One might say he had policies of the left, of the right, and of whatever seemed to him to be a good idea. The election was, then, a conflict most obviously of management styles and of leadership approaches.

Montreal has had flamboyant mayors like Coderre before. Camilien Houde charmed reporters, got international press, fought unemployment during the Depression, helped create the city’s magnificent Botanical Garden, winked at corruption, and spent some time in an internment camp in World War Two for opposing conscription. Jean Drapeau cleaned up the city’s corruption, began the construction of the metro system, and brought the 1967 World’s Fair to Montreal, but also brought the city the financially-disastrous 1976 Olympics and allowed the demolition of old buildings viewed by many as key parts of the city’s history. It’s the problem with having an autocratic man in charge: they can fight with surprising power for their vision, but those visions may not turn out the way they imagine.

Now, instead of the blustery Coderre, who was in the tradition of Houde or Drapeau, we have Plante, who isn’t. She’s got a different kind of charisma, more open and upbeat. That’s a new kind of voice for Montreal. It’s not unreasonable to wonder if similar voices will emerge across North America and beyond in the years to come.

Any number of Canadian pundits have linked Plante’s win to the #MeToo movement. To be clear, there have been no allegations of sexual impropriety against Coderre. But other prominent men among Montreal’s elite have faced such allegations, including Rozon and former Montreal Symphony Orchestra conductor Charles Dutoit. Here as elsewhere, powerful men who (allegedly) bullied their subordinates and (again, allegedly) gratified their sexual desires with no concern for others are facing resistance. People now are saying that the way in which these men exerted their authority was wrong—implicitly not just because of the sexual wrongs, but because their way of relating to others was wrong. And so the image of a relatively young woman overcoming a blustery autocratic man has a resonance in this age of Trump, however unfair that is to Coderre.

What we see, perhaps, in Plante’s win is the victory of a new way of presenting and conceiving of authority. Leadership now isn’t the overwhelming of an opponent, not the smacking-down of those that think differently; or, at least, not as much as it was. Authority’s articulated a different way. The Montreal electorate was able to see a different kind of leader than we’ve had in the past. And now it’s the largest city in North America with a woman mayor.

It used to be said that women leaders would bring about a new style of governing. That hasn’t really happened. Have we finally reached a point where it’s possible to see our leaders not as set above us in a strictly-enforced hierarchy, but some more open system? Is Plante’s election a sign of that? I have no idea. But it’s worth considering, for the moment, at least.