The Dream of an International Community 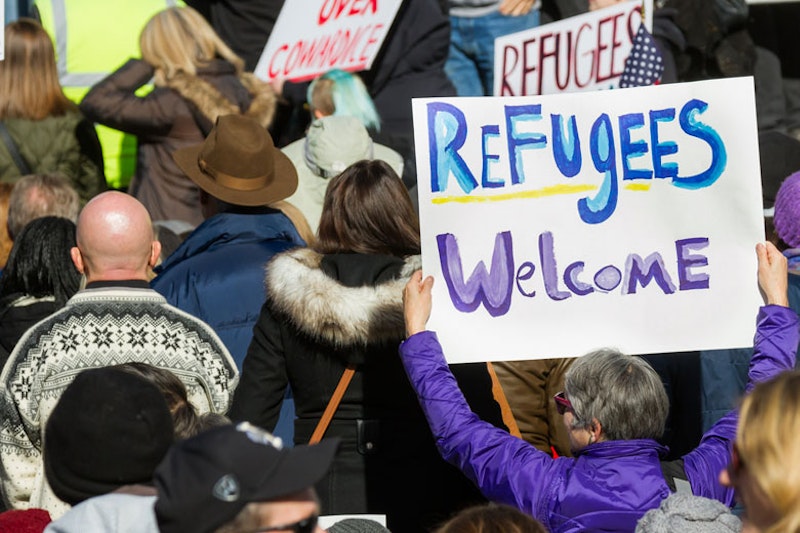 In his 1981 book, The Expanding Circle: Ethics, Evolution, and Moral Progress, Peter Singer argues that humanity’s “sphere of altruism” has broadened for thousands of years. While our ancestors were primarily concerned with the well-being of narrow groups (such as family members or small tribes), this “circle” has steadily expanded to encompass the inhabitants of larger communities, nations, and even the species as a whole.

This process is accelerating: over the past century alone, the world has become far more interconnected and interdependent than at any point in human history.

Isn’t this positive? Doesn’t greater international cooperation increase prosperity and serve as a bulwark against conflict? Shouldn’t our ethical concerns extend beyond our borders—particularly at a time when millions of children under the age of five die preventable deaths every year and more than 700 million people live on less than $1.90 per day?

The 2016 presidential election proved that many Americans think the answers to these questions are “no,” “no,” and “no.” Donald Trump ran a parochial campaign—from his “America First” foreign policy to his scapegoating of immigrants and Muslims. He described NATO as “obsolete” and the Trans-Pacific Partnership as a “continuing rape of our country.” He said signatories to the Paris Climate Accord were pleased with the United States’ involvement “for the simple reason that it put our country... at a very, very big economic disadvantage.” The Trump campaign was built around nativism, fear, and outrage—he wanted Americans to despise the foreign usurpers who made sure we couldn’t “win on anything.”

Trump’s election is a reminder that there are powerful forces—such as tribalism and xenophobia—that are working against the expansion of our moral concerns. Europeans have witnessed this phenomenon with the rise of far-right parties such as Alternative for Germany and the National Front in France—both anti-immigrant, nationalistic movements that call for a provincial view of moral responsibility. And Brexit, which was driven by cultural fissures (such as anxiety about immigration) as much as economics.

Although we have an innate tendency to engage in altruistic and reciprocal behavior, we’ve also evolved to be aggressive and insular. This is why we have to be wary of policies and movements—justified as they may seem within our expanded “sphere of altruism”—that make radical changes to the character of our societies.

Consider German Chancellor Angela Merkel’s decision to accept more than a million refugees and economic migrants in 2015. While the desire to help people fleeing war or poverty is an example of how inclusive our circle of ethical concern has become, we can’t ignore the potential consequences of these policies.

When a society accepts such a massive influx of people from developing countries and conflict zones, it’s naturally assuming a risk. While that risk is difficult to calculate, it’s certainly there—from the possibility of terrorism to the social tension that often accompanies cultural change (tension that can lead to nativism and even bigotry). A substantial proportion of the new arrivals (particularly from Muslim majority countries) may also hold illiberal views that make assimilation difficult—from hostility toward homosexuality to misogyny to regressive attitudes about free expression and religious pluralism.

The 2015 migrant crisis in Europe changed the political trajectory of the continent, and although there have been a few major setbacks for the right-wing populists (such as Emmanuel Macron’s victory over Le Pen in France), there’s no telling what impact these changes will have over the next few decades. Perhaps we’ll see the emergence of more aggressive nationalists like Le Pen and Hungary’s Viktor Orban. Perhaps the National Front and Alternative for Germany will perform better in future elections. Perhaps European priorities will shift inward if there are more mass casualty attacks like the ones that took place in Paris, Manchester, and Barcelona.

Although the chance of being killed in a terror attack committed by a refugee in the United States is small (and we accept far fewer refugees than Germany), Trump insists that our resettlement program is “SO DANGEROUS.” This is why he decided to reduce the number of total refugee admissions by more than half and impose a temporary ban on admissions from 11 countries that are considered high-risk. But it’d be a mistake to assume that Trump enacted these policies for the sole purpose of making the country safer.

From his call for a “total and complete shutdown of Muslims entering the United States” to his retweets of vile anti-Muslim videos posted by a far-right organization in Britain, Trump constantly tries to inflame xenophobic fervor. And he does so for a simple reason: attacking foreigners (especially Muslims) makes him more popular among Americans who are already hostile to globalization, multiculturalism, etc. These people think the circle is plenty big already, particularly when it comes to immigration (and if exit polling in 2016 was any indication, this isn’t a negligible chunk of the population).

The split between nationalists and internationalists has become one of the most important ideological schisms in the 21st century, and learning how to navigate this growing divide is crucial for leaders like Merkel and Macron. This starts with a few simple acknowledgments: 1) globalization causes casualties, and this creates social and political instability, 2) German-style mass immigration has dramatic and unpredictable consequences, and 3) the Trumps of the world will never stop trying to convince their citizens that the idea of an “international community” is a delusional fantasy.

If we want the circle to keep expanding, we’ll have to figure out a way to convince millions of people in the United States and Europe that the Trumps of the world are exactly wrong.