The Facts Behind Gender Pronoun Activism

What Andrew Moody gets wrong. 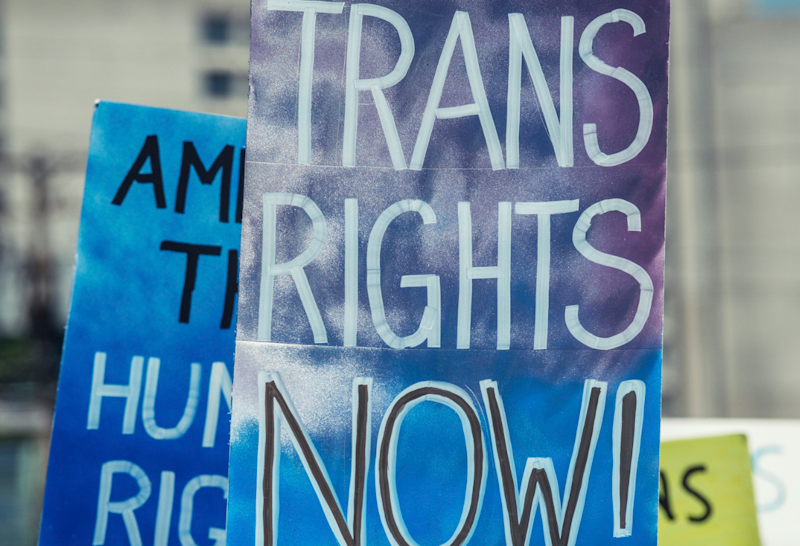 There’s a festering debate about whether cisgender people can talk about transgender issues. I believe cis people should have the same free speech rights as me, and cis people should talk about transphobia with other cis people. However, when it comes to explaining what it means to be trans and gender nonconforming, it’s best to leave that up to trans and gender nonconforming people themselves. If not, one ends up with Andrew Moody’s latest Splice Today article “The Truth Behind Gender Pronoun Activism.” Despite what the title claims, the facts reveal that the so-called “truth” is anything but.

In the first paragraph, Moody equates being a trans woman with rape and that being trans is a mental illness. While anyone can be a rapist, including trans women, statistics show that trans women are more likely to be raped than they are to rape anyone else. Also, while the DSM-V does include gender dysphoria, it doesn’t say that being trans is a mental disorder. Instead, gender dysphoria describes the anguish and distress trans people experience when there’s an “incongruence between a person’s gender identity, sex assigned at birth, and/or primary and secondary sex characteristics.” If being trans was a mental disorder, why does the American Psychological Association say trans people “are more likely to experience positive life outcomes when they receive social support or trans-affirmative care” instead of conversion therapy?

Moody also refers to Jordan Peterson’s battle with Canada’s C-16 bill. Many on the Libertarian Right end of the political compass believe that the bill—passed last summer—makes it illegal to use the wrong pronouns for trans people. I looked at the bill itself and couldn’t find anything in there about government mandated pronoun usage. I’m not a legal expert, but Brenda Cossman is a law professor at the University of Toronto (the same university Peterson teaches at), and last year she wrote a brilliant article explaining why Peterson has nothing to worry about.

The rest of the article is a typical Classical Liberal rant about safe spaces on campus and shutting down talks. I actually agree that Ben Shapiro has every right to spout his transphobic nonsense without the threat of violence. However, I also believe I have as much right to explain why he’s wrong about the whole “transgenderism [sic] is a mental illness” claim.

To give Moody credit, he does talk about the alarming rates of suicidal ideation among trans people and violence committed against us. However, compared to the rest of the article, it seems as if Moody is saying, “Yeah, you suffer a lot, and that’s bad… but you’re still kinda kooky.” I don’t expect everyone to understand what it means to be trans, but I wish more cis people took the time to actually listen to our stories before writing about what they think is going on with us. It’s just common courtesy.