The NRA Isn’t the Problem 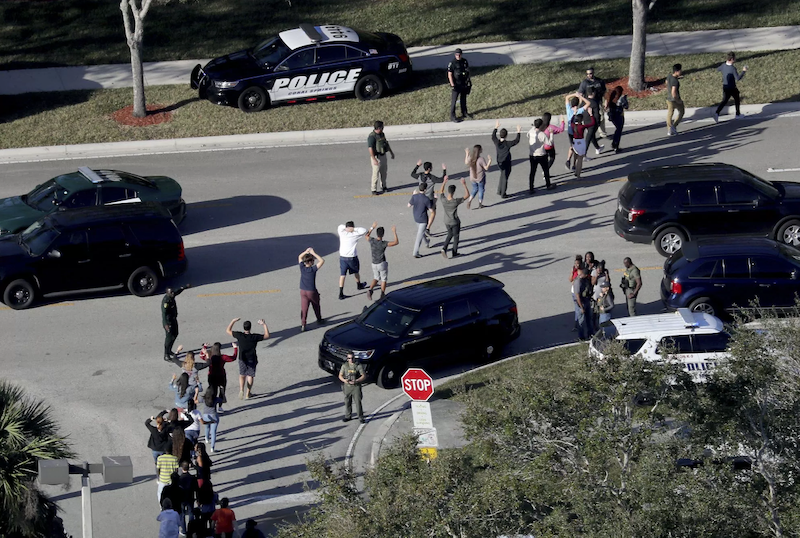 As a former high school English teacher, I read about Nikolas Cruz, the 19-year-old who killed 17 people at Marjory Stoneman Douglas High School with an assault rifle, and was reminded of a number of troubled kids I’d seen come and go over the years. They often fit a profile: their parents usually needed as much, if not more, therapy than they did; they felt perpetually ignored, lost, and confused—non-entities drifting through an indifferent world; they didn’t understand how to focus their negativity in socially acceptable ways; and they were smart enough to be insensibly angry about these things. Any of them could have done what Cruz did and a few of them came close. Only luck and attention from concerned adults prevented it. Eighteen people in Parkland, Florida, just ran out of that sort of luck. Eighteen because a teenager with a gun willing to sacrifice his life just to hurt as many people as possible must also be considered a victim.

In a complex tragedy like this, we want relief in the form of a simple answer, a direct solution that we can quickly implement or at least vote into being. But that’s magical thinking. It’s highly unlikely that there’s an easy fix. There may be a remedy for school shootings, but it won’t be simple and it won’t come from pointing fingers at the National Rifle Association, opportunistic politicians, absentee parents, dysfunctional school systems, improperly medicated kids, social media, or some other dry rot ostensibly at the center of American culture.

The Christian Right prefers to blame evil itself. As Sarah Pulliam Bailey commented in 2017, after Devin Patrick Kelley shot two dozen people at a Texas church, “Evangelical attitudes on guns have to do with how evangelicals view sin and their individual role in the world.” Conservative evangelicals in America “don’t believe specific gun policies are spelled out in the Bible,” which seems reasonable, considering the books of the Bible were written before guns existed.

Checking under the bed for the devil is as convenient as pointing a finger at Mark Zuckerberg: it absolves us from having to look in the mirror. It keeps us from having to ask whether the problem has begun with us in a systemic sense: why are we failing to pay attention to the psychological well-being of our children? Why are we treating them like known quantities capable of being institutionally managed until graduation? The fact that we can’t or won’t answer these questions isn’t a failure of politics or religion. It’s a lack of humanity. Are we capable of admitting this yet?

Still, we love to talk about and quote the Bible in a time of national distress. Ecclesiastes 3:1 is my favorite passage: “To every thing there is a season, and a time to every purpose under the heaven.” It’s overused, yes. But like the sayings of the Dao De Jing, the Meditations of Marcus Aurelius, or the aphorisms of Schopenhauer, it provides a way to put horror into perspective: anything possible will eventually come and go in its season. And, like the seasons, it will return before we know it.

Recognizing this doesn’t fix anything, but it does make horror and tragedy seem slightly less terrifying. It gives us a task: come up with a way to cope, to mitigate the harm before the seasons change and the horror is upon us again. Another school shooting has come and gone. We want to know why. We need answers. We need someone to blame. And we need something to do. Important work remains to be done on this issue on local as well as federal levels. We can at least agree on that. But if the current news cycle is any indication, that’s where our consensus ends.

Specifically, we want to understand how the United States could house just five percent of the global population but be responsible for over 31 percent of the world’s mass shooters since 1966. If there’s a season for everything, then surely it’s time for us to put this horrifying statistic into a perspective that makes sense—into some context through which we can examine it closely and come up with a better solution. So far, we’re failing.

We’re at a zero-base decision point: the most horrible context for a mass shooting is a school; murdering children seems to create the deepest possible emotional scar and is therefore enticing to mentally ill individuals (especially teens) seeking fame and vengeance; and the national discourse around school shootings, like the one that just took place in Parkland, nearly always overlooks the shooter in favor of the Constitutional vs. Public Policy debate. And we have no idea what to do apart from lining up behind the usual trite arguments. As long as we keep distracting ourselves, we’ll never see the truth.

We can certainly blame the NRA for contributing to this tragedy. Stricter gun laws would help, especially control of assault weapons and machine guns, and the NRA definitely isn’t helping in those areas. But if we want teens to stop freaking out in violent ways, we can’t look for magical solutions. We have to start taking our teenagers seriously. We have to start paying attention to them the way we agree we should pay attention to a potentially violent adult who might be mentally ill and incapable of asking for help.

This means time, money, training, resources, awareness, energy. It means becoming conscious of how we’ve been warehousing our kids instead of raising them. Above all else, it means better and more secure salaries, higher standards, and more effective training for the people who interact with our teenagers more than their parents ever do—school faculty and staff. But we don’t want to do this. It’s too scary, painful, and difficult. We want to blame the gun lobby, the politicians currently in power, the corruptive influence of the media, or any other bogeyman.